Italy's President Dissolves Parliament: "The Current Situation Is One That Fuels Populism"

Italy’s President Sergio Mattarella dissolved parliament Thursday and called elections for early March, a vote that will highlight the economic and political problems still stalking Europe and the country’s role as the weakest flank in the currency union.

The vote—the latest in a series of momentous elections in Europe—will be in line with the overwhelming trends of 2017, featuring a fractured electorate, continued pressure from populist movements and predictions of a struggle to form a cohesive government.

Its economy is 6% smaller than at the start of 2008, making it the only G-7 economy not to have returned to its pre-crisis size.

In a speech a decade ago as head of Italy’s industry association, Luca di Montezemolo, former chairman of Fiat SpA, listed 10 urgent reforms Italian businesses wanted from the government, including a leaner bureaucracy and lower taxes. “I could give that same speech today,” he said in an interview.

The downturn has left deep scars in Italy’s social fabric. More than 4.7 million Italians live in absolute poverty, nearly double the number a decade ago, according to Italian statistical agency Istat.

With youth unemployment at 35%, an entire generation of young people remains jobless or subsists on poorly paid, short-term contracts. Even as the brain drain that has afflicted much of southern Europe begins to ebb, thousands of Italian university graduates continue to emigrate each year.

With no group likely to reach a majority, a hung parliament is highly probable. Lorenzo Codogno, former director general of the Italian Treasury Ministry, assigns a 75% probability to such an outcome. 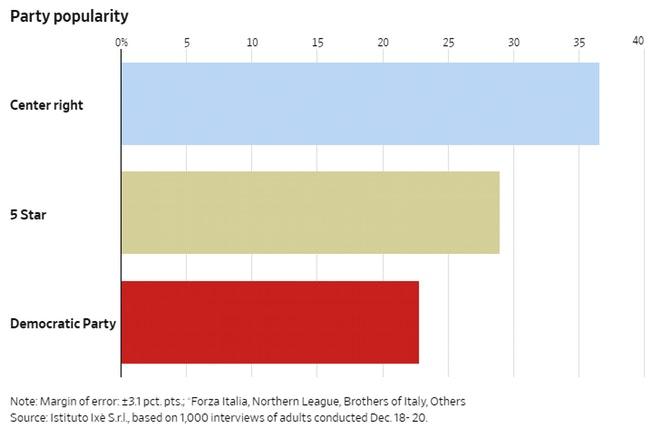 The current situation is one that fuels populism. Support for Matteo Renzi's party has collapsed.

The elections could have been called earlier but they were purposely delayed to benefit Berlusconi although the 4-time prime minister still cannot become prime minister again himself due to a tax fraud conviction.

Previously, Berlusconi was viewed as a Eurosceptic, but his tune comes and goes with the wind. Currently, the Five Star movement is the only party pushing hard to have a decisive vote on Eurozone membership. 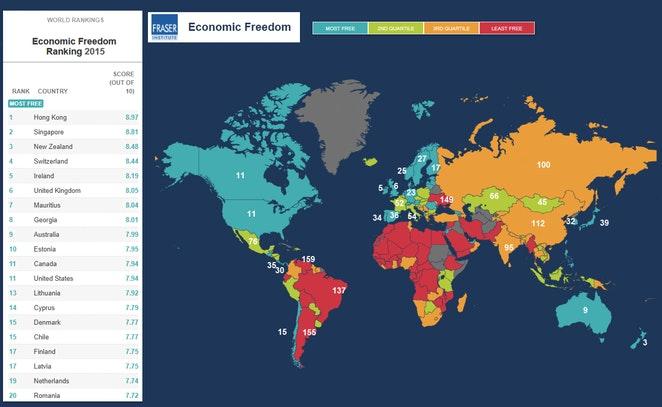 Italy and France are not ranked highly in terms of economic freedom. For details, please see Economic Freedom: Best and Worst Countries, US Timeline History .

Don't expect the next election to solve any economic problems.