Authored by Damir Mujezinovic via Inquisitr.com,

Ron Paul does not believe the U.S. will break into separate countries, like the Soviet Union did, but expects changes in the U.S. monetary policy, as well as the crumbling of the country's "overseas empire."

The godfather of the Tea Party movement and perhaps the most prominent right-leaning libertarian in America, Ron Paul, believes the economic boom the United States experienced under President Trump could be a “bit of an illusion.”

Mr. Paul sees inequality, inflation, and debt as real threats that could potentially cause a turmoil.

“the country’s feeling a lot better, but it’s all on borrowed money” and that “the whole system’s an illusion” built on corporate, personal, and governmental debt.

“It’s a bubble economy in many many different ways and it’s going to come unglued,”

In a recent interview with the Washington Examiner, Paul said,

We have ownership of these countries, but it’s not quite like the Soviets did. I think our stature in the world and our empire will end, and that’s when, hopefully, the doors will be open.”

The crumbling of America’s “overseas empire,” as Mr. Paul calls it, could be a chance for the libertarian movement to captivate the country’s imagination by 2020.

The fact that the system is coming apart could be a big opening for the libertarians, Paul claims. However, it is not just Trump administration’s foreign policy that could play a part in this.

“I think the foreign policy is a total disaster. Trump’s approach sounds good one day but the next day he’s antagonizing everyone in the world and thinks we should start a war here and there," he said. 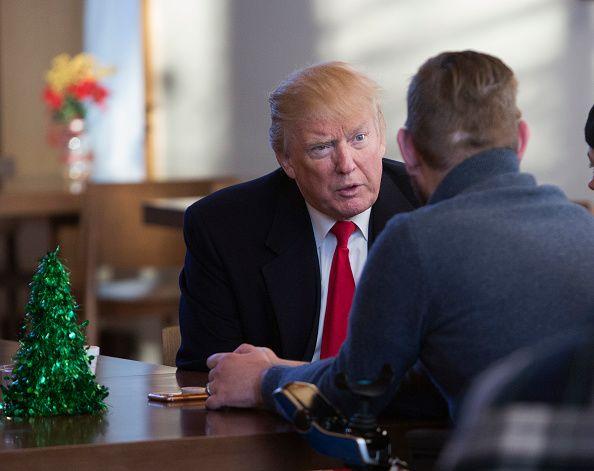 The former politician and host of the popular Ron Paul Liberty Report podcast has been a vocal critic of the NSA’s surveillance program, the USA PATRIOT Act, the War on Drugs, and the government’s fiscal policies as a whole. Interestingly, the topic of one of Mr. Paul’s recent podcasts was bitcoin.

“The government, for its own reasons, monopolized the creation of money. Money originated in the marketplace. Let people sort it out,” he says.

Apart from criticizing Donald Trump, the “Tea Party’s Brain,” as some journalists have called him, criticized Attorney General Jeff Sessions. Mr. Paul considers Sessions to be a threat to civil liberties. According to Paul, Trump’s foreign policy is a “total disaster,” as well as the war on terrorism and the “war on immigrants,” as Mr. Paul puts it. He went as far as calling these policies authoritarian-fascism.

The former U.S. Representative, author, and physician is cautiously optimistic about the future of the libertarian movement. Although he sees Trump’s policies and what he predicts to be the imminent crumbling of the American economy and the country’s overseas empire as an opening for the libertarians, he admits that the movement has a lot of work to do before American voters accept a true libertarian. Still, Paul thinks having a popular candidate in 2020 is very possible.

“We as libertarians have some work to do before [voters] are going to accept a true-blue libertarian,” he said, “but I think moving in that direction and having a popular candidate [in 2020] is very possible.”

"If they only hear our message, I know they would choose liberty and sound money and freedom and peace over the mess we have today,"

In the 2016 election, third parties faded to the background. The Libertarian Party nominee for President of the United States, Gary Johnson, won 3 percent of the vote, outperforming the 2012 results when he won 0.9 percent.