Authored by Valentin Schmid via The Epoch Times,

Paul Brodsky is usually ahead of the curve. He traded options at the American Stock Exchange before they became mainstream, and then moved to mortgage-backed securities at Kidder Peabody in the 1980s.

After he figured out the flaws in the financial system, he became interested in gold — just before its bull run at the turn of the millennium.

Now he sees the next big opportunity, and he joined other seasoned Wall Street professionals at the first full-fledged cryptocurrency hedge fund Pantera Capital.

In this interview, Brodsky tells us how he came to see crypto as the next big thing, and what investors need to know to be successful in the space.

Epoch Times: Tell us more about your background in finance.

Paul Brodsky: What I’ve been attracted to has been where the most interesting aspect of finance was. Initially, when I got into the business it was options.

That ultimately got me into mortgage-backed securities which has a heavy option component.

Derivatives came after that and I got into derivative trading. All of these markets became much larger than anyone thought they would and changed the landscape of investing.

The asymmetry of returns of bitcoin and other cryptos, which haven’t run up as much, is ridiculously in your favor I think.

Then I became very interested in gold after a macro analysis of the monetary system. This led me to an appreciation of gold which I have owned from 2000 until today.

I had a small part in explaining gold’s risk-return profile and its fundamentals to people and large investors.

In the macroeconomic landscape you drill down from the top and look into what makes sense and what is sustainable, what has very good asymmetries in its return profile. This was the case with gold. Low risk and high upside.

I was going to open up a macro fund, which I had structured, but the more research I did after the Ethereum 20 tokens came out, the more I became convinced this was going to be equally if not more disruptive than the internet; call it internet 2.0.

With VOIP, prices went down and quality went up. It transformed the market. Bitcoin and other cryptos could be transformative in the way we look at economics, commerce and how we transfer value. 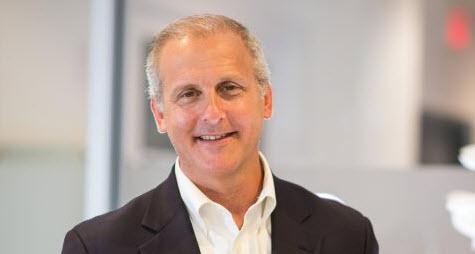 Epoch Times: How can they challenge the central bank monopoly like the internet did with telephones?

Mr. Brodksy: If bitcoin continues to gain popular attention and sponsorship, it may become an alternative form of savings and a store of value. Even if it doesn’t initially become a transactional currency, and clearly it is not that yet, if we start to see global savers use it, then it will gain share either from fiat or from gold, or from other assets used for savings.

Bitcoin or something else that is managed in a distributed way without a central authority is putting pressure on monetary authorities for the first time in a long, long time — and they are going to have to compete. They will have to react.

It could be a catalyst to change the way of the monopolies today in the money context, and they will wither away. They have to become more responsive to what the free market is telling us, rather than try to manage and possibly even manipulate what a free market is.

What we will certainly see is positive lip service, and that is because it’s too early for policymakers to have a policy toward cryptocurrencies. It hasn’t been terribly disruptive on a broad level yet.

So I think it’s still very early. I don’t think it makes sense for the central banks to start their own cryptocurrency, which would be like a fiat currency.

If there is no finite amount of currency and they are setting it up purely to compete with a non-sovereign crypto-currency just because it has some sort of blockchain technology in it, it doesn’t make a whole lot of sense. And I think they understand this now.

What we see of central banks so far is a pretty laissez-faire attitude. The CEO of Pantera spoke with members of the Fed in their research department and they don’t have an opinion either way on it. There is no belligerence towards it. Although it could be a threat for their monopoly control on the world’s reserve currency.

And it’s a big world. It’s not only the Fed and the European Central Bank (ECB). You have billions of people across the world who don’t have strong central banks and strong currencies. These include Zimbabwe or Saudi Arabia — they don’t have to be small.

There is global commercial pressure for something that isn’t in control of one tight little body of decision makers. You can’t put the genie back in the bottle.

The technology is there — money over the internet. Once it becomes acceptable among the potential users of it, it’s not going to look back.

It could be bitcoin; it could be another cryptocurrency. It looks like bitcoin is going to succeed. If there is a better bitcoin coming down the road that serves its users better, then it may not succeed.

That’s the attitude I’m taking, I’m not making a bet on bitcoin per se; the exciting part is to take a look at the broad space.

Epoch Times: What about gold?

Mr. Brodsky: I don’t know exactly how it plays out. I still do like gold. I think the great irony is that gold may be the political solution for central banks to stave off crypto. It’s still on their balance sheet. They can move it in mass if they decide to, and do it quicker and more powerfully than any other constituency in the gold market. They can make gold work to their advantage.

I initially liked it because all the central bank and credit money we have in the world justifies a significantly higher gold price just to account for past inflation.

I still think that gold will play a role in trying to reconcile the books of savers in fiat money. I thought that the Fed could easily set a higher price for gold and devalue dollars against gold. And the process of purchasing the gold from marketplace would be highly inflationary.

They could manage a gold standard and we thought that this was an inevitability.

But now I think they have another money form that they can devalue against and that is bitcoin or other cryptos.

Epoch Times: How do you value cryptos?

Mr. Brodsky: Bitcoin has a market cap of $230 billion which represents around 40 percent of the crypto currency space.

To put that in perspective, above ground gold is $8 trillion, of which 20 percent are official gold holdings. M2 money supply, depending on which ones you look at globally, could be $50 trillion to $100 trillion. If you look at all the fiat denominated assets and liabilities, it’s hundreds of trillions of dollars.

So I like to just take a look at some number that is stored wealth in some way shape or form. Stock, bonds, real estate. What percentage of that can be captured by this whole entire crypto space which is now worth only $500 billion? My thought is that it’s going to be a lot more than that.

You look at it, and as a markets person you don’t want to be silly of having bought it at $20,000 — but I think it’s just a matter of sizing.

The asymmetry of returns of bitcoin and other cryptos, which haven’t run up as much, is ridiculously in your favor I think.

If you have a problem getting in now, you think it’s very popular and it’s a fad or a bubble about to burst, then sizing is the answer. You are not supposed to put half your stored wealth into crypto because there are a lot of risks. But you are supposed to put in something.

It’s probably about as imprudent to have a zero weighting in crypto as it is to have a 100 percent weighting.

There is something in between. It should be closer to zero because it’s new and there are unknowns. But you also don’t need that much. If I’m right it won’t take that much to make an outsized return certainly vis-à-vis more mature and highly over-levered financial assets.

Epoch Times: What about adoption; where are we on the way to becoming completely mainstream?

Mr. Brodsky: We are still in the nascent stage right now. We haven’t gone from early adopters to broad acceptance.

But not really if you take a step back and you don’t let yourself start to hyperventilate by the frenzy and take a look at the big picture and where it can go. You are going to be mad at yourself for top-ticking it, but next month it’s going to be much higher.

Volatility is going to continue to be high because it still has not become conventional and it’s still very, very early.

We just had futures contracts launched on the CBOE and the CME. You can’t do that if you know regulators are going to come down hard on it.

You are going to begin to see investment banks trade it.

As I go around meeting institutional investors and family offices, there is such a buzz and almost a desperation to get up to speed on the crypto space. We are seeing them beginning their due diligence. In 12 to 18 months it is going to be considered a complete asset class.