The Rise And Fall Of The Eurodollar

In Part II of MacroVoices’s holiday special - which is all about examining the dollar’s hegemony over the world’ financial system and analyzing different theories pertaining to how much longer the greenback will reign as the world’s reserve currency.

In the previous installment - one of five segments that we will be sharing this week - the discussion centered around the question of how much longer the dollar will hold its position as the world’s reserve currency. 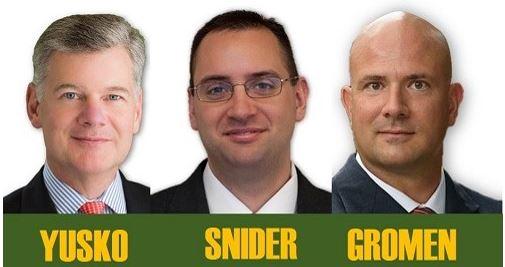 This time around, MV host Erik Townsend begins by posing one simple question to his three guests  - Jeffrey Snider, CIO at Alhambra Partners, Luke Gromen, founder of Forest for the Trees, and Mark Yusko, founder and fund manager for Morgan Creek.

While the petrodollar regime is largely responsible for justifying the dollar’s position as the world’s reserve currency, the eurodollar system is the mechanism by which the US has maintained its dominance over the world financial system. It stands to reason that, if foreign banks can’t offer dollar deposits to their business clients then those clients wouldn’t be able to support the dollar’s hegemony by using the greenback as one of the main currencies to settle trade.

Snider posits that the eurodollar system began to break down in 2007 as the housing crisis unfurled across the US. The crisis forced foreign companies and governments to confront the risks inherent in holding dollars and US government debt.

That’s where we are now is we’re in a transition period between what was and what is. And the reason is, as Erik’s alluded to from the listener feedback, is that we had this massive offshore hidden – however you want to term it – Eurodollar system that for decades grew and grew and grew. Not just quantitatively, but qualitatively in how it actually interacts and how it actually works among different parts of the system. Until 2007.

And once 2007, everything that happened then, the system hasn’t been able to function since then. And that’s the reason why central banks keep doing various stimulus programs, whatever, and they never seem to get anywhere. They never seem to work. It’s because they’re quantitatively and qualitatively ill-suited to the actual monetary system.

And so I think what that’s left us with is this so-called rising dollar, which is really nothing more than a short squeeze. If you want to put it in terms of a synthetic short position, the world has a synthetic short position in US dollars. And that’s easy enough to do and easy enough to handle when the supply of dollars is free and easy, flexible and dynamic, as it had been up until 2007.

Starting August 9, 2007, it was no longer the case. And, as I said earlier, it’s been intermittently a problem ever since. So it’s a problem that hasn’t been fixed. And we go through these episodes of tightening and relative loosening.

Expanding on the theme introduced by Snider, Yusko attempts to draw an even tighter parallel to the last major turning point in the history of reserve currencies in the West: Namely, the collapse of Bretton Woods.

And so then you had the breakdown of the London Gold Pool, and a lot of gold flowed out of the US at an accelerating pace to try to hold that system up, before Nixon closed the gold window. But that closing of the gold window by Nixon was going bankrupt slowly and then going bankrupt all at once.

And so, I look at it again – this time around ‘08 to ‘13 was sort of the London Gold Pool timeframe. And then in early ‘13, after the Fed came out in 3Q12 and said we’re going to QE forever, then you had in 1Q13 China (who is the creditor this go-around) showed up and said we’re done here, give us our gold.

And you saw this massive run on physical gold out of London, most of it going east as best we can tell. And so – I guess a longwinded way of introducing the question – which is, if we think about the London Gold Pool setup in ‘60 as ‘07, and the breakdown of the Gold Pool as 2013, do you think (a) do you think that’s a valid comparison?

And (b) do you think we could get that same sort of binary dénouement to the whole situation where we get, over a weekend, a Sunday night surprise or something?

Branching out from his earlier point, Snider explains that the eurodollar system was deliberately adopted to help undermine Bretton Woods - and secure the dollar’s hegemony - by offering foreign banks a way to get their hands on dollars, and then use those dollars to pump up their balance sheets.

But because there’s no analogous system that would help the world financial establishment wean itself off of the dollar, Snider argues that we’re earlier in the transition process than some of his peers would have readers believe.

What I mean by that is there was – 1971 happened, there was already an alternate means in place, operating for a very long time, and which all of the global participants were used to. So that when Nixon ended convertibility it was – I don’t want to say it was a seamless transition, but in operational terms it was. Because there was already another mechanism in place, in operation, at the time.

And I think that’s what’s missing here. We don’t have another settlement mechanism that is actually in place and operating right now that can replace the Eurodollar. I think that various parties want to do something about that. But they’re running into problems, because – you look at Western central bankers, and Western officials in particular, and none of them even think there's a problem.

And so, if you’re China, you’re essentially negotiating with yourself. Because you’re not going to get Janet Yellen to the table to talk about replacing the dollar, because she doesn’t think there’s a dollar problem at all. And there isn’t any other kind of settlement mechanism available at this moment that would allow for something to happen tomorrow. Any kind of weekend surprise would be catastrophic. Because there’s no way, there’s no mechanism currently in place to allow that to happen.

So that’s why I think that we’re earlier in the process of transition between reserve currencies than later.

Gromen, who largely sat out this segment, offers a few thoughts toward the end that add to the picture of weakness defining the contemporary eurodollar system.

Looking back to the summer of 2014, Gromen posits that the largest oil exporters were able to maintain current account surpluses because they’d already started settling an increasing percentage of their oil sales in dollars.

It’s interesting, Jeff and Mark (this is Luke of course) when you look back to September – and we put this in our slide deck (which we can touch on later) – but if you look back at the actual timing of events it’s kind of interesting. And it’s, to me it hints to motive. So I’d love to get your thought on it, Jeff or Mark, of – if you go back to August of 2014, actually back even to May of ‘14, you had the Holy Grail gas and energy deal signed between China and Russia. It was rumored that that deal was going to be done in non-dollars, but no proof of that. It was later proven to be the case.

In August of 2014, Putin announced that they wanted to start moving away from the dollar in oil trade, because the dollar’s monopoly in the global energy trade was damaging their economy. And, what’s kind of interesting – and we wrote about this at the time – at this point oil is still $100 a barrel. And then, all of a sudden, by late September, with oil still $96 a barrel, $95 a barrel, Russia’s having dollar shortages.

Russia was still – and they weren’t the only ones – Venezuela, Ecuador, a couple of others – you have three major oil exporters that are running still current account surpluses in the low- to mid-single digits at this point, starting to run into dollar shortages.

And it was, I think, an underappreciated point at the time that, basically, if you’re an oil exporter you’re only selling in dollars, you’re running a current account surplus. And so, if you’re only selling in dollars, in theory, there’s only two explanations for that, for those dollar shortages that began to pop up well before the price of oil crashed.

And at that point, then you started to see some of the devaluations etc. I guess I’d love to hear your thoughts on that.