The Political Year In Charts

It was one of the worst - if not the worst - years for hurricanes and wildfires in modern US history. The first year in office for perhaps the least traditional president the US has ever elected. The year Congressional Republicans surmounted their ideological differences and banded together to deliver the largest corporate-tax cut in US history. The year the Patriots staged the greatest comeback in Superbowl History....

...In its annual Year in Charts, the New York Times reviews the year in data, beginning with a topic that in many ways defined the year that was: US politics.

The worsening partisanship in the US has been a prominent theme, as Democratic lawmakers united in their opposition to President Donald Trump’s legislative agenda. 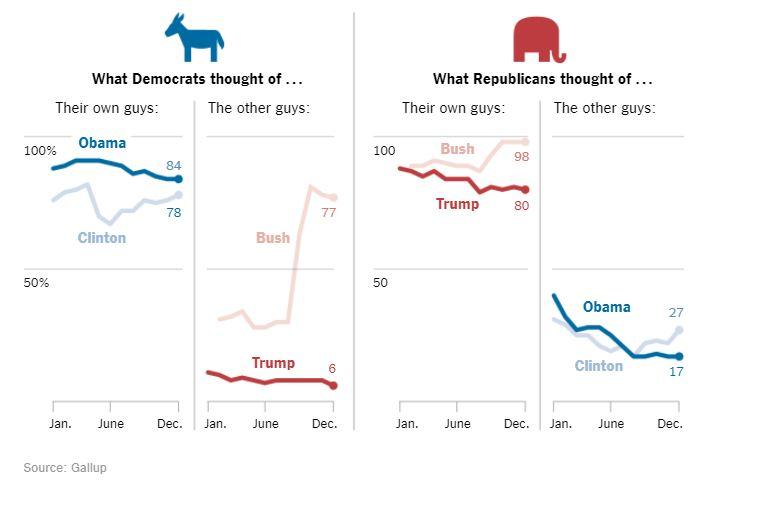 The NYT also points out that Trump signed fewer bills during his first year in office than all of his recent predecessors. Of course, while the NYT cites this as proof that Trump’s first year in office was “unproductive,” the title of this Rasmussen reports article “Trump’s First Year Accomplishments Compiled In Shockingly Long List” would suggest otherwise. 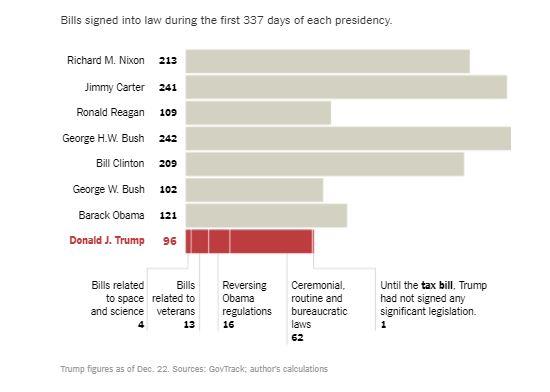 The NYT has a breakdown of how the cuts will benefit families from different income levels. 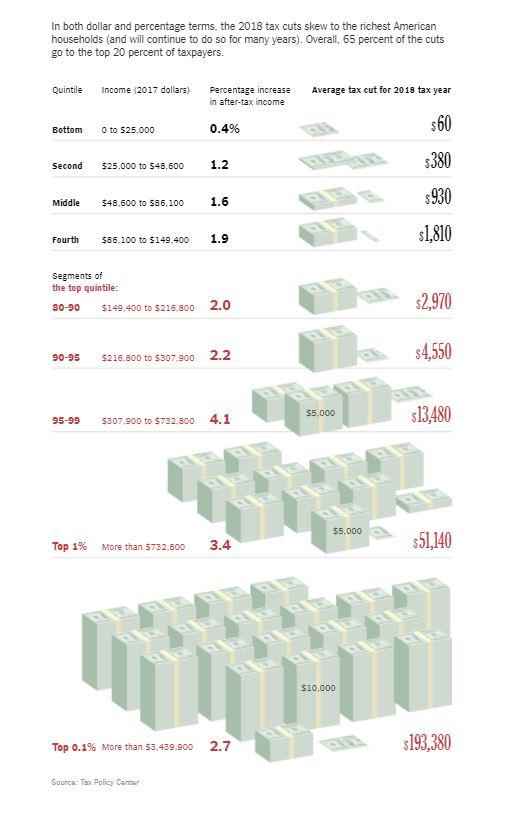 Even the NYT is willing to concede that Trump deserves at least some credit for the sense of economic optimism that has helped push stock markets around the world to all-time highs: Surveys of consumer and business sentiment have never been higher. 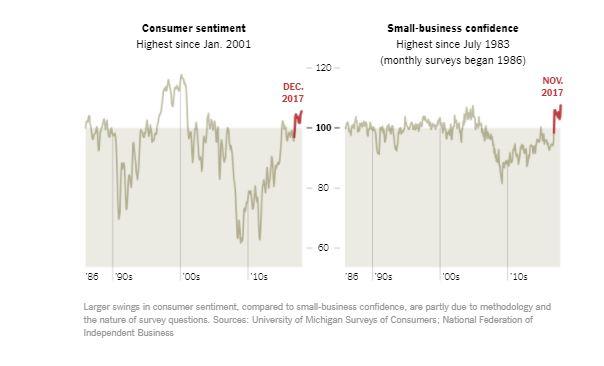 Meanwhile, the NYT asserts that the US economy is in “the best shape in decades” following nearly a decade of halting growth and massive asset-price inflation.

Notably, only six countries in the group the NYT tracks are expected to be in a recession next year. 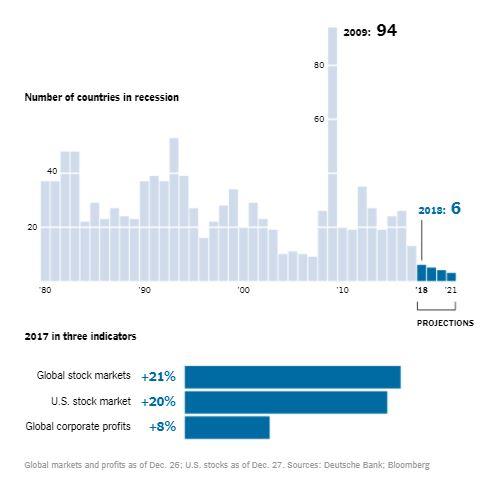 While Trump has touted his ability to bring manufacturing jobs back to the US, the rate of job increases has actually slowed since Trump was inaugurated, by about 44,000 jobs a month, as the US economy has reached full employment and the unemployment rate has shrunk to 4.1%. 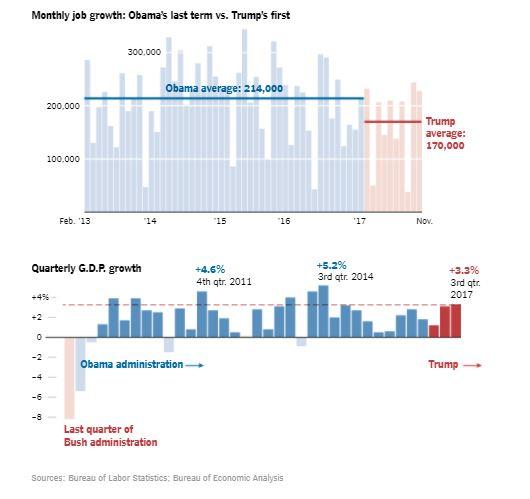 While the Republicans failed in their frontal attack on the Affordable Care Act, they managed a flanking victory by wedging a provision into the new tax bill repealing the requirement that all Americans purchase or otherwise obtain health insurance. 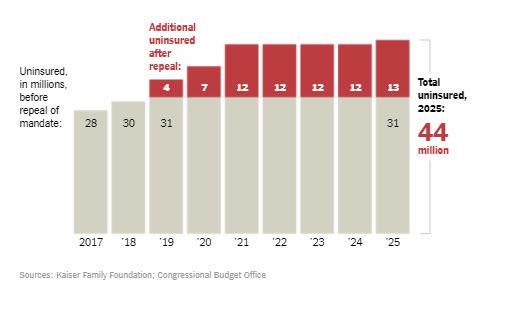 But there’s at least one area where Trump has unquestionably succeeded: Appointing judges.

Benefiting from a procedural change put in place by Senate Democrats during Obama’s second term that reduced the number of votes required from 60 to a simple majority, Trump has outshone his predecessor in terms of the number of judges he’s gotten appointed and confirmed. 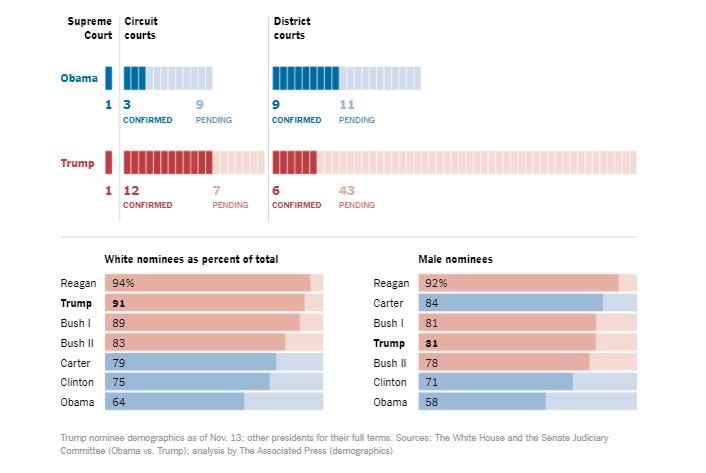 With a crucial mid-term election and many legislative priorities still unresolved, 2018 should be another landmark year as the Trump administration pushes its infrastructure spending plan and welfare reform.