"We Got Some Folks Fired": Minimum Wage Is Going Up In These 18 States Today

Minimum wage workers in 18 states will receive a pay raise today, not necessarily because they exhibited exemplary work ethic resulting in a promotion or merit-based salary boost, but because politicians in their states randomly decided that their services are worth more money today than they were yesterday.

While the efforts of our ill-informed ruling class in state capitols all around the country to artificially raise the cost of labor will result in pay raises for some, as we discuss frequently here it will also result in job losses for others.

Be that as it may, here are the 18 states where hundreds or thousands of minimum wage workers are about to get fired just because it's now officially 2018...Happy New Year (table courtesy of Forbes): 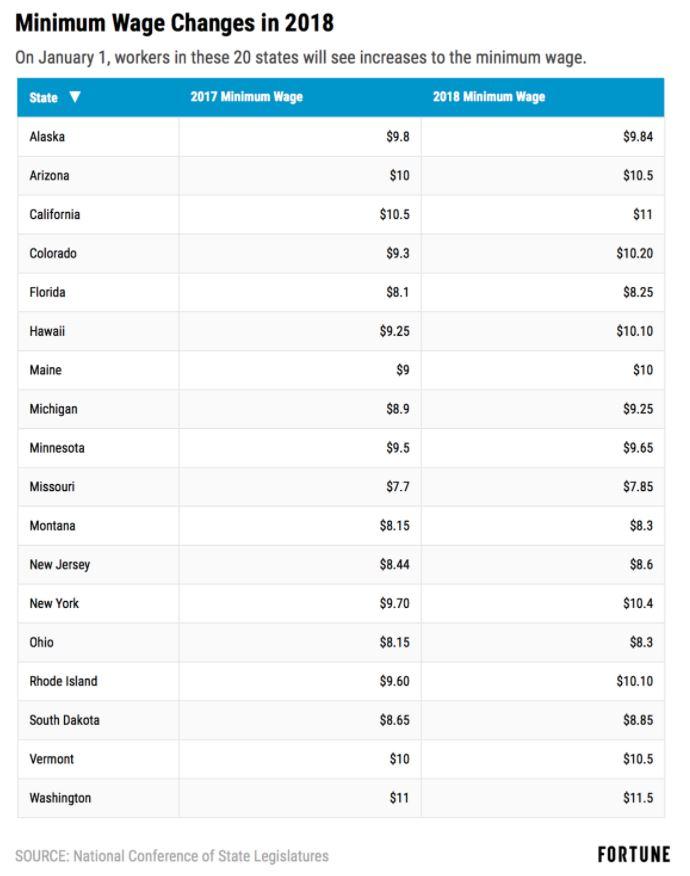 Of course, anyone who has a basic understanding of elementary-level arithmetic and some common sense can easily explain why raising the minimum wage is bad for employment levels.  In a nutshell, higher labor costs simply improve the payback profile of capital investments in technology thus accelerating job losses.

In fact, we recently shared the following illustrative example of how the return profile of a $1mm capital investment in California would change in light of a minimum wage hike from $10 per hour to $15.  At $10 per hour and a 10-year payback, employers may be reluctant to invest in new technology.  But, at $15 per hour and a 6-years payback, that investment become a no-brainer.

To put the potential impact of the 2018 minimum wage hikes into perspective, a study from the American Action Forum (AAF) recently found that each 10% increase in wages results in a 0.3% - 0.5% decline in the net job growth rate.

While proposals to raise the minimum wage are well intended, it is important to consider the negative labor market consequences. Meer & West (2015) find that raising the minimum wage reduces job creation. Specifically, they find that a 10 percent increase in the real minimum wage is associated with a 0.3 to 0.5 percentage-point decline in the net job growth rate. As a result, three years later employment becomes 0.7 percent lower than it would have been absent the minimum wage increase.

Unfortunately, while these concepts are somewhat simplistic for most us, they have confounded left-leaning economists and politicians pretty much since the beginning of time...all which results in the following conclusion: 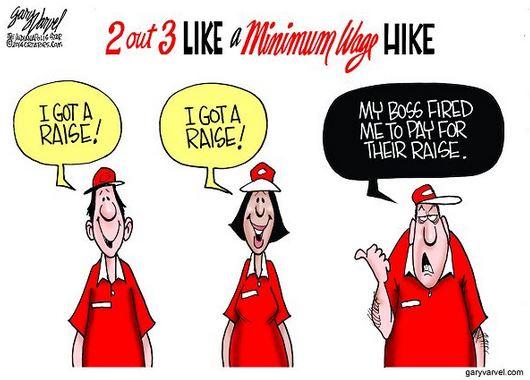