An out-of-control Chinese space station which has lost communication with Earth is expected to come crashing down to Earth sometime in March - only nobody knows exactly where or when the derelict spacecraft will hit, except that it will be between the 43rd parallels.

Harvard astrophysicist Jonathan McDowell says it's impossible to predict where the station will hit. “You really can’t steer these things," McDowell said, adding "Even a couple of days before it reenters we probably won’t know better than six or seven hours, plus or minus, when it’s going to come down. 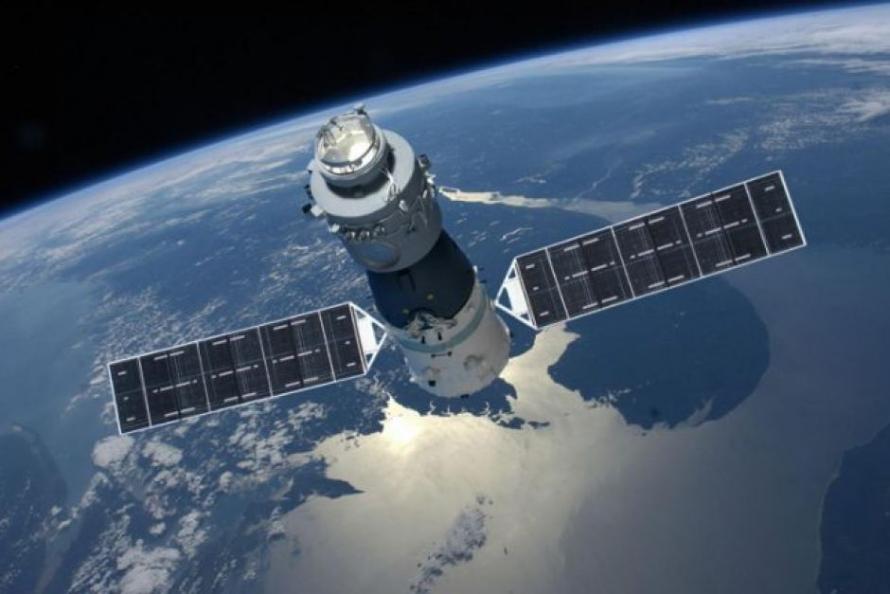 While most of the space station should burn up in the Earth's atmosphere, thousands of pounds of debris is expected to survive reentry, with a 1-in-10,000 chance of hitting a populated area.

According to  a FAQ about the Tiangong-1, the actual impact of the space station might not even be the most dangerous aspect of the reentry. Potentially hazardous materials including hydrazine, a highly toxic chemical used in rocket fuel, might survive re-entry. If humans or animals come into contact with large quantities of the substance, it can cause serious liver, kidney and central nervous system damage. 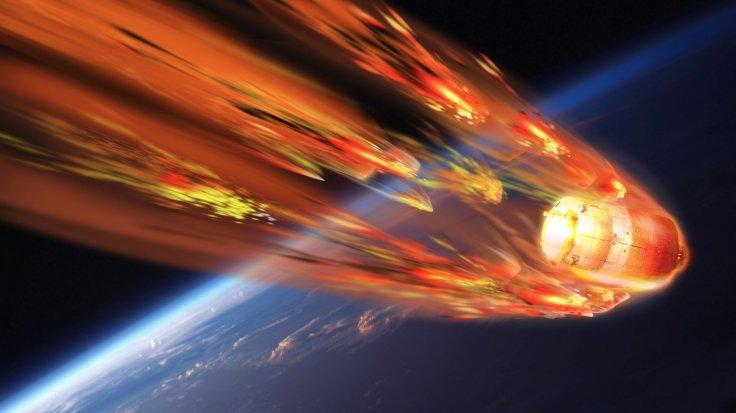 The Tiangong-1 was the first space station built and launched by China - equipped with two sleep stations and a habitable volume of 15 cubic meters (529 sq ft.).

Weighing in at 18,750 lbs, the two-module spacecraft - which means "Heavenly Palace," lost contact with China's space agency on March 21, 2016 after the completion of its extended mission, which included a six year service life that saw two manned missions to perform experiments for the larger multiple-module Tiangong station. 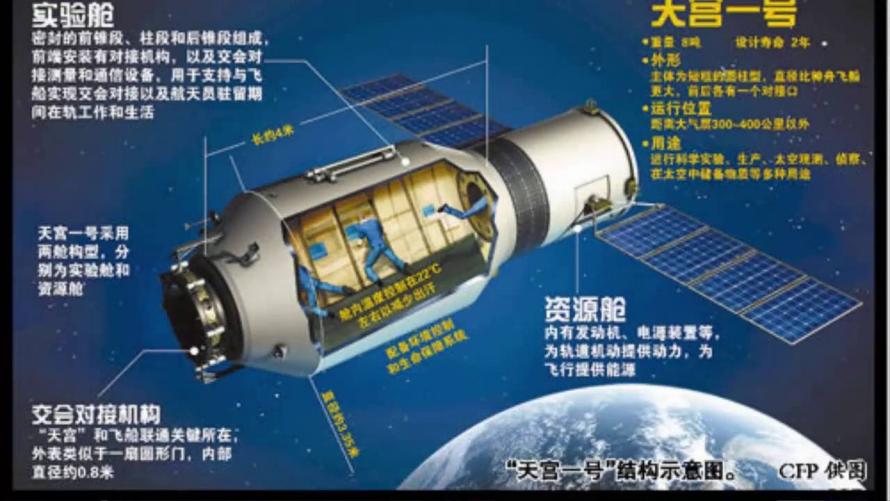 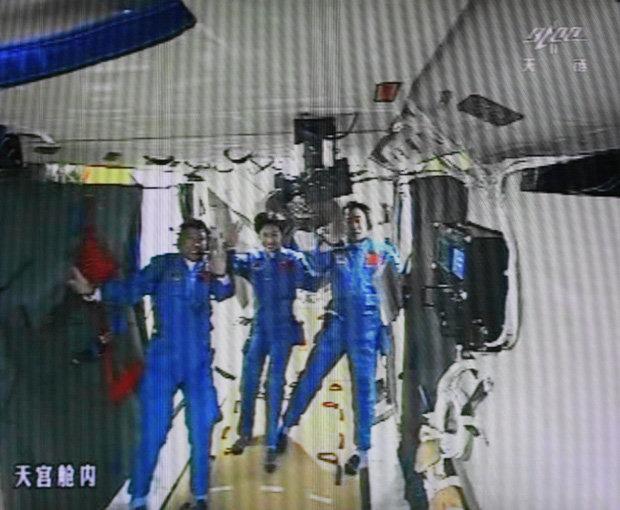 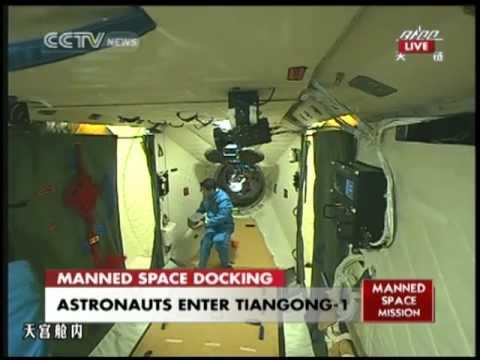 Based on Two-Line Element set data from the Joint Operations Space Center (JSpOC), the last orbital adjustment made by the Tiangong-1 was in December, 2015. Amateur satellite trackers claim the station has been orbiting uncontrolled since at least June, 2016 (aerospace.org), with the only confident predictions as to where it might hit falling between the 43rd parallels. 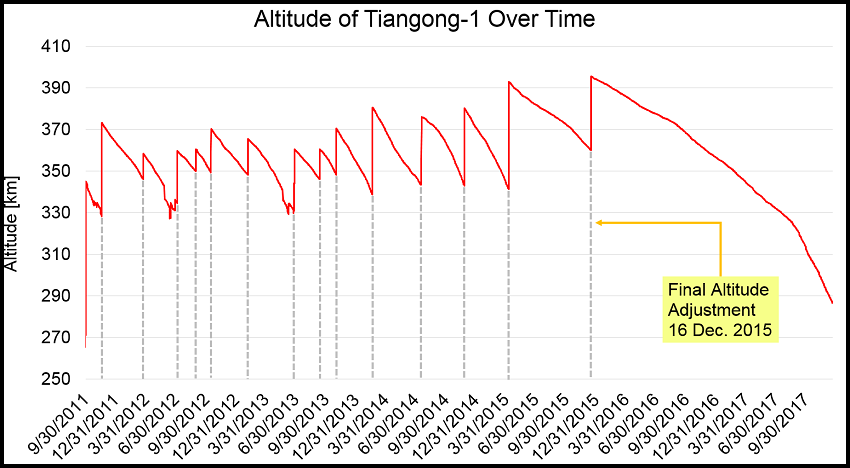 Altitude adjustments made by Tiangong-1 (aerospace.org) 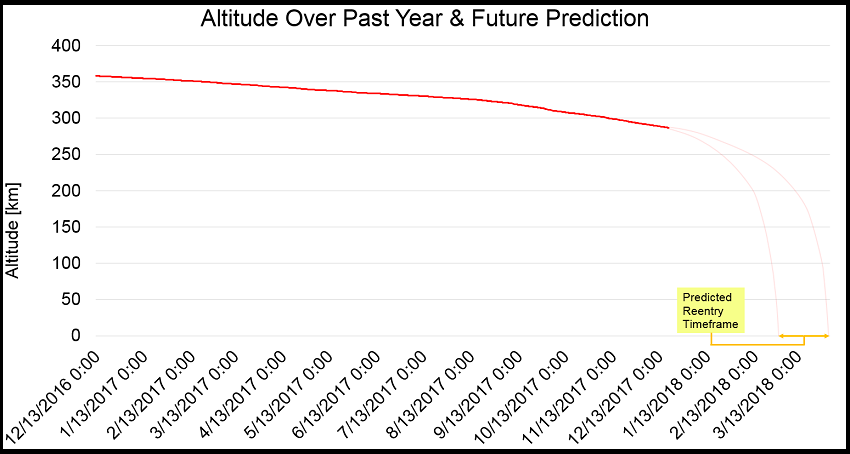 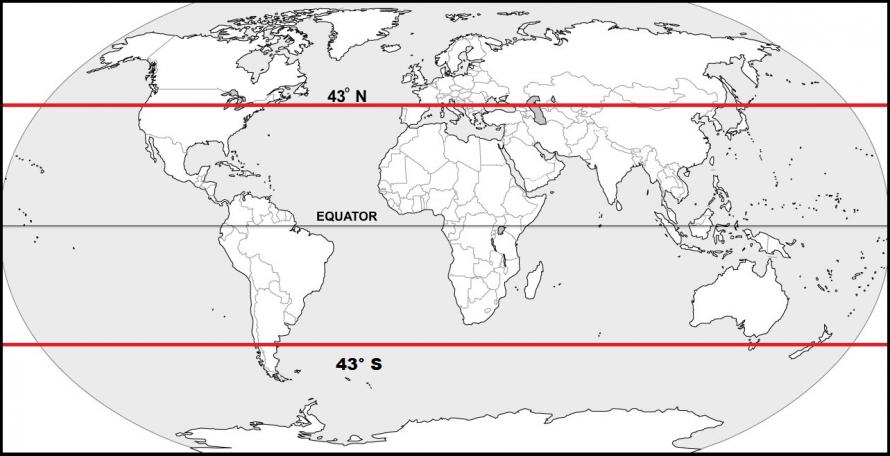 While the potential for debris hitting a populated area is 1 in 10,000 - the Tiangong-1 is a relatively small craft. The March, 2001 reentry of Space Station Mir was the largest object to reenter earth, while the Tiangong-1 is only 8,500 kg.