These Are The Best And Worst Performing Assets Of 2017

Looking back at the blazing performance of virtually all assets in 2017, Deutsche Bank's Jim Reid writes that there are a few things that stand out:

Speaking of bunds and the ECB, a brief tangent: today officially marks the point where ECB purchases halve in size from €60bn to €30bn per month. Notably, according to DB, the PSPP program might be reduced by relatively more than the CSPP meaning that Government purchases actually drop by more than 50%.

Indeed, "one of the biggest stories of 2018 will be how Government bond yields cope with the notable reduction of support from central banks. 2017 was still a peak year for the supply/demand technicals in Govvies. DB thinks 2018 will mark the first year in around 7-8 where QE from the big-3 (Fed, ECB, BoJ) doesn't increase relative to net issuance of the same regions' bonds. So the technicals will deteriorate for the first time this decade all other things being equal."

And now back to the 2017 performance review: as we - and most others - have noted numerous times, 2017 was the least volatile year on record when one considers the all-time or multi-year lows reached on a number of measures of volatility across asset classes. Synchronised and firm global growth, inflation which has not accelerated as much as expected and has continually disappointed relative to expectations, and global central bank liquidity which during the year was more or less at peak levels all help explain this. For markets, this has resulted in a bit of a perfect environment for positive returns across almost all asset classes.

Indeed of Deutsche Bank's 39 asset sample, amazingly 38 finished with a positive total return in USD terms and 36 did so in local currency terms.

The big story has been the relentless rally for equity markets. The S&P 500 (+21.8%) ended the year with a positive return in every month - the first time that has ever happened - while also extending its all-time record high.

Here is the full breakdown of 2017 asset returns... 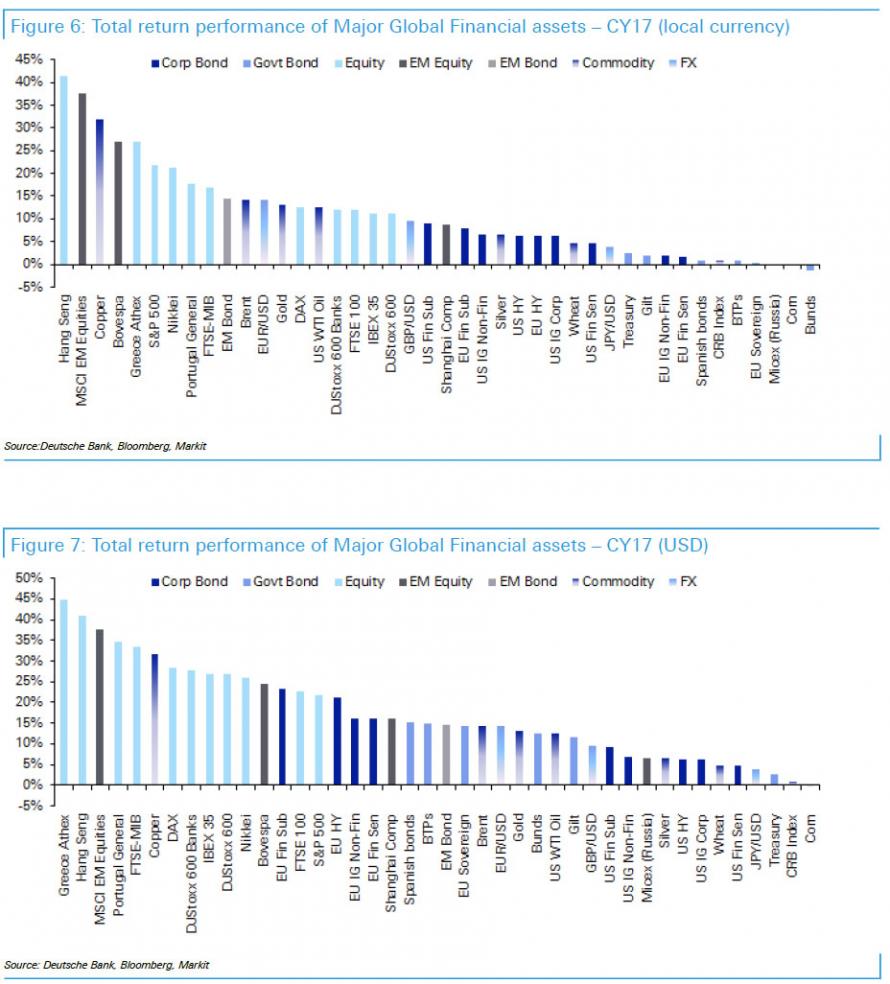 ... and for reference, here is just the last month of the year. 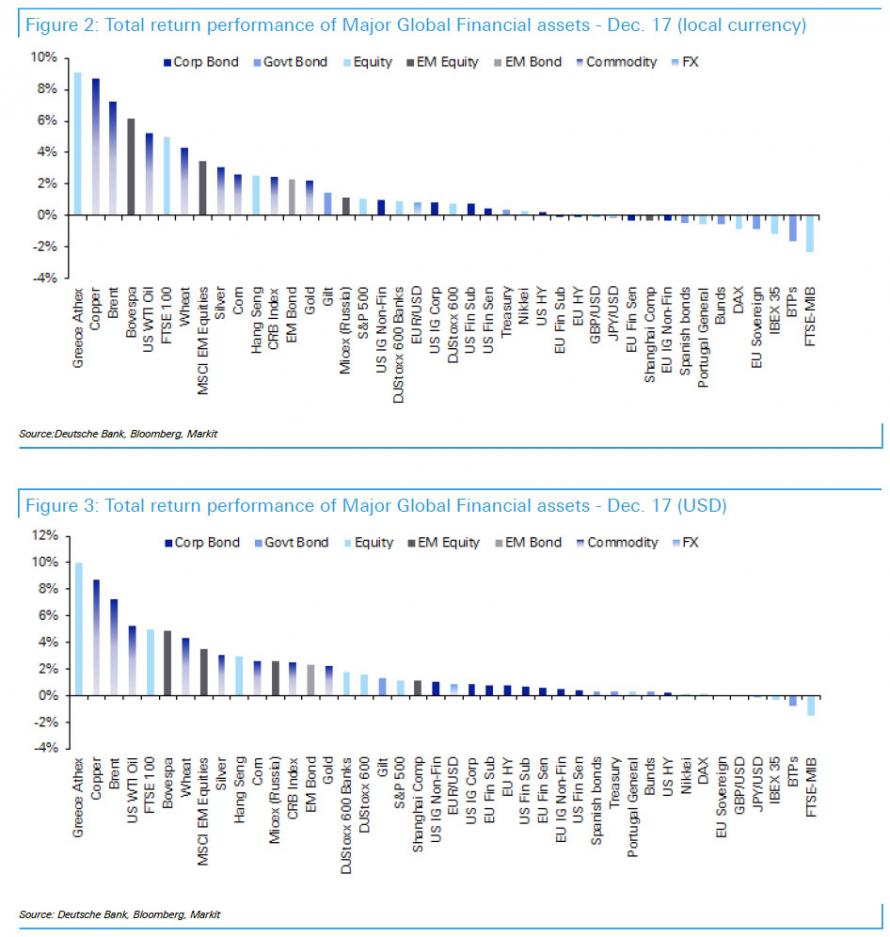