The ongoing feud between Steve Bannon and various members of Trump's inner circle, including family members Jared Kushner and Donald Trump Jr., is hardly a secret (we wrote about it here: Steve Bannon In "Self-Imposed Exile" After Disputes With Trump's Inner Circle).  But, if The Guardian's reporting on excerpts from an explosive new book penned by Michael Wolff are even directionally accurate, then Bannon has just taken his White House feud to a whole new level.

According to The Guardian, which apparently got its hands on a copy of "Fire and Fury" ahead of its expected release next week, Bannon unloads on Don Jr. and Kushner saying that their meeting with Russian lawyer Natalia Veselnitskaya at Trump Tower in New York was "treasonous" and/or "unpatriotic" and the FBI should have been called immediately.

Donald Trump’s former chief strategist Steve Bannon has described the Trump Tower meeting between the president’s son and a group of Russians during the 2016 election campaign as “treasonous” and “unpatriotic”, according to an explosive new book seen by the Guardian.

The meeting was revealed by the New York Times in July last year, prompting Trump Jr to say no consequential material was produced. Soon after, Wolff writes, Bannon remarked mockingly: “The three senior guys in the campaign thought it was a good idea to meet with a foreign government inside Trump Tower in the conference room on the 25th floor – with no lawyers. They didn’t have any lawyers.

“Even if you thought that this was not treasonous, or unpatriotic, or bad shit, and I happen to think it’s all of that, you should have called the FBI immediately.”

Bannon went on, Wolff writes, to say that if any such meeting had to take place, it should have been set up “in a Holiday Inn in Manchester, New Hampshire, with your lawyers who meet with these people”. Any information, he said, could then be “dump[ed] … down to Breitbart or something like that, or maybe some other more legitimate publication”. 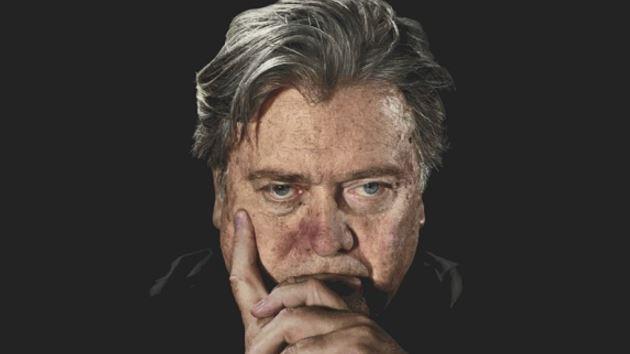 Bannon goes on to say that Trump's repeated messaging that the Mueller probe will come to a quick end are nothing more than wishful thinking and that money laundering investigations will ultimately ensnare not only Paul Manafort but Don Jr. and Jared Kushner as well.

Bannon has criticised Trump’s decision to fire Comey. In Wolff’s book, obtained by the Guardian ahead of publication from a bookseller in New England, he suggests White House hopes for a quick end to the Mueller investigation are gravely misplaced.

“You realise where this is going,” he is quoted as saying. “This is all about money laundering. Mueller chose [senior prosecutor Andrew] Weissmann first and he is a money-laundering guy. Their path to fucking Trump goes right through Paul Manafort, Don Jr and Jared Kushner … It’s as plain as a hair on your face.”

Last month it was reported that federal prosecutors had subpoenaed records from Deutsche Bank, the German financial institution that has lent hundreds of millions of dollars to the Kushner property empire. Bannon continues: “It goes through Deutsche Bank and all the Kushner shit. The Kushner shit is greasy. They’re going to go right through that. They’re going to roll those two guys up and say play me or trade me.”

Trump is not spared in the new book either. According to The Guardian, Wolff writes that Thomas Barrack Jr, the billionaire founder of Colony Capital who counts himself as one of Trump's earliest supporters, allegedly told a friend: "He’s not only crazy, he’s stupid."

All of which should make for some very entertaining Trump tweets once the book drops next week.

Meanwhile, even Drudge couldn't avoid getting dragged into the fray and on Wednesday morning tweeted: "No wonder schizophrenic Steve Bannon has been walking around with a small army of bodyguards..."

No wonder schizophrenic Steve Bannon has been walking around with a small army of bodyguards...