Following Germany's (and Brussels) lead to tyrannical repression of any free speech in Europe, French President Macron said on Wednesday he would overhaul French media legislation this year to fight the spread of "fake news." 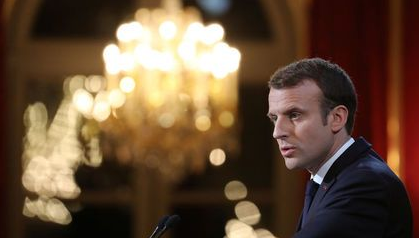 As Reuters reports, since he was elected last year, Macron has criticized Russian media in particular, openly accusing TV channel RT of sowing disinformation about him via its website and social media during the presidential election.

"If we want to protect liberal democracies, we must have strong legislation," Macron told a news conference.