How much is a patient's eyesight worth?

That’s a corollary question that a transformative medical treatment released by Spark Therapeutics seeks to answer. The treatment, known as Luxturna, has the potential to cure a rare genetically inherited form of blindness, according to Bloomberg. 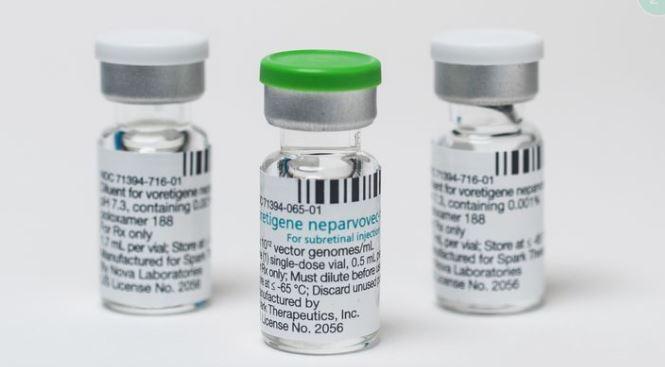 A transformative genetic treatment for a rare, inherited form of blindness will come with a price tag of of $425,000 per eye, or $850,000 for both, said Spark Therapeutics Inc., the tiny biotechnology company that is bringing the therapy to market.

Since Spark’s Luxturna was approved by the U.S. Food and Drug Administration last month, speculation over the price has grown as it became clear the therapy would be one of the first in a wave of medicines that yield remarkable results after a single treatment - and would carry a commensurate cost.

Of course, few patients will pay the whole amount out-of-pocket. Even for the uninsured, Spark will offer discounts based on whether or not the drug works initially and remains effective for the estimated 1,000 to 2,000 patients in the US with the inherited retinal disease caused by the gene mutation that the medication treats.

“We believe that this price reflects not only the breakthrough, life-altering value of one-time Luxturna, but it will enable us to continue to invest and build on the revolutionary science that supports not only Luxturna but the rest of our pipeline,” Chief Executive Officer Jeff Marrazzo said in a phone interview.

The company’s “novel” pricing scheme was devised to help placate insurers who don’t want to get stuck paying for the entire course of treatment if a patient changes plans while still enjoying the benefits of the treatment, which only needs to be administered one time.

A one-time treatment presented a challenge, since the cost would be paid for by one insurer or government, only to have others reap the benefits when the patient changes coverage.

To help mitigate that dynamic, Spark is rolling out several programs to spread out the cost over the years or give rebates to payers if the benefits wane with time.

For example, the company said it’s discussing a program with the U.S. Centers for Medicare & Medicaid Services that would spread payments for Luxturna over several years, even though the therapy would be given only once. It didn’t say how many installments would be made, or how long it would take to pay the full cost of the drug.

Insurers are also wary of getting stuck with the entire bill if the treatment proves ineffective, or if its benefits only persist for a brief period.

In an agreement with the Boston-area insurer Harvard Pilgrim Health Care, Spark will get the full price of treatment up front. If patients don’t get an immediate benefit - measured at 30 days, or a long term one - measured at 30 months, Spark will have to give some of the money back in a rebate.

Spark has also proposed selling the gene therapy directly to insurance companies or specialty pharmacies. That would sidestep the current process that requires hospitals or health care providers to buy expensive therapies upfront. Spark is working with  Express Scripts Holding Co. on such an arrangement, and said it’s talking with other drug plans.

However, some insurers said they expected the drug to cost even more, considering the narrow customer base.

Express Scripts has been a frequent critic of costly drugs, yet said that the Spark treatment is an exception.

"Many people were anticipating this would be more than a million dollars" said Steve Miller, the St. Louis-based company’s chief medical officer. “In the end, this is a revolutionary product, and I think in most plans this will be covered."

Spark’s biggest challenge may be finding patients to treat.

Of the few thousand people with the disease, only a few have actually been tested and confirmed to have it, since there was no cure, and thus little use in diagnosis. Many with more advanced forms of the disease won’t qualify for treatment, according to the company.

President Donald Trump has shaken pharmaceutical stocks, like he did back in October, when he criticized pharmaceutical companies for charging too much for their drugs, and nebulously threatened to do something about drug prices (though as of yet no direct action has been forthcoming).

However, Spark may need to raise the price if its medication if it doesn’t find enough people to treat. Only a few thousand people in the US possess the genetic mutation that the drug treats. And many of them won’t qualify for treatment.

Spark’s biggest challenge may be finding patients to treat.

Of the few thousand people with the disease, only a few have actually been tested and confirmed to have it, since there was no cure, and thus little use in diagnosis. Many with more advanced forms of the disease won’t qualify for treatment, according to the company.

So, what’s a specialty drug maker to do?