Update: With somewhat fascinating timing, perhaps nudged by The CIA, President Trump just tweeted his support for the people of Iran:

This appears to be about the most direct indication of America's plan to intervene in Iran that we have seen yet - direct from the thumbs of POTUS.

While confusion and skepticism remains high towards the 'progress' of both sides in Iran, it appears the government is pushing back hard today as State TV broadcasts images of 1000s of Iranians taking part in pro-government rallies and the Revolutionary Guard declaring the protests are over. 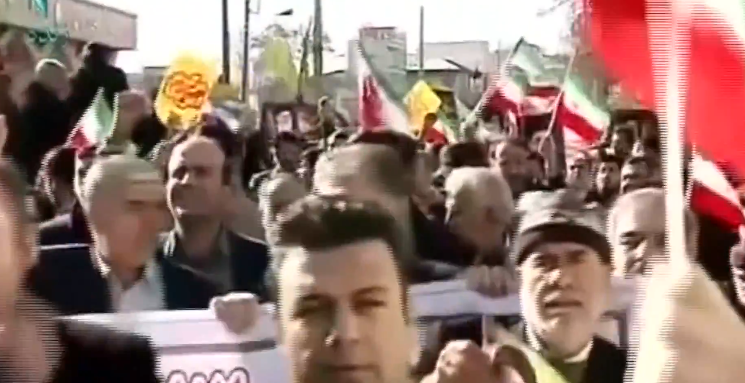 With about 20 dead, including several policemen, since Iran's protests broke out last week, today appears to be a full court press from the establishment to quell the latest uprising.

As Bloomberg reports, Iran’s powerful Revolutionary Guards Corps declared an end to the unrest that has roiled the Islamic Republic over the past week.

The “sedition” has ended, he said.

And alongside this, Reuters  reports thousands of Iranians took part in pro-government rallies in several cities on Wednesday in a state-sponsored show of force.

State television broadcast live pictures of rallies in the southwestern cities of Kermanshah and Ilam and in the northern city of Gorgan, where marchers waved Iranian flags and pictures of Supreme Leader Ayatollah Ali Khamenei.

In the Shi‘ite holy city of Qom, demonstrators chanted “death to American mercenaries”. There were also rallies in Isfahan, Iran’s third largest city, and Abadan and Khorramshahr in the oil-rich southwest, state TV footage showed.

Marchers voiced support for Khamenei, chanting, “The blood in our veins is a gift to our leader,” and, “We will not leave our leader alone.” They accused the United States, Israel and Britain of inciting the unrest and shouted, “The seditionist rioters should be executed!”

Hours earlier, Khamenei had accused Iran’s foes of fomenting the protests, some of which have criticized him by name and called for him to step down.

The Supreme Leader didn’t say who those enemies were, but some international leaders have come out in support of the demonstrations.

President Donald Trump in recent days has tweeted encouragement to the protesters, while unleashing harsh criticism on the Iranian leadership. “The people of Iran are finally acting against the brutal and corrupt Iranian regime,” he posted Tuesday, adding that Iranians were suffering from “little food, big inflation and no human rights.” 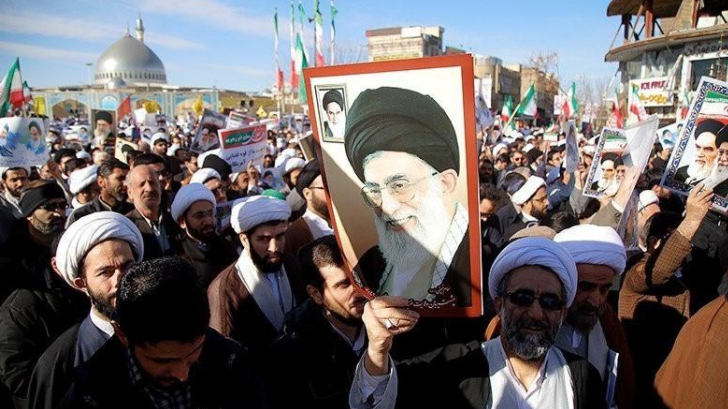 Additionally, WSJ reports, authorities have arrested hundreds of demonstrators in recent days as the protests spread and the Interior Ministry warned against unauthorized gatherings. More than 20 people have been confirmed dead.

Riot police, plainclothes officers and members of the Islamic Revolutionary Guard Corps - a force under the command of Supreme Leader Ayatollah Ali Khamenei - have been seen on the streets controlling and dispersing crowds.

Of course, it is unclear what exactly one can believe in Iran - just as in the US - but for sure the Iran establishment is not about to lay down and accept a challenge to its control.