As widespread protests in Iran have now reached a full week, a new censorship directive from the Chinese government has ordered newsrooms across the nation to cease reporting on Iran demonstrations.

The leaked directive, which has been translated and published by the China Digital Times, notifies journalists to "not report any more on the demonstrations in Iran" and that "follow-up reports require further notice from superiors." 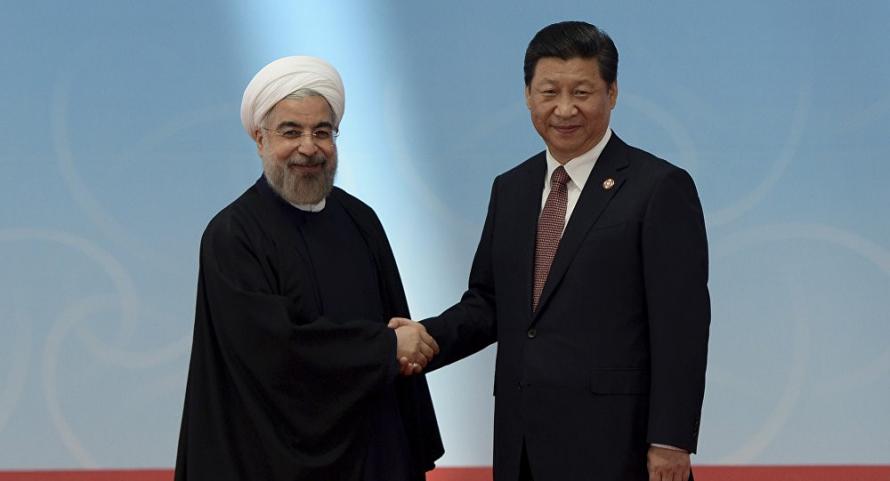 The China Digital Times reports the government instructions as follows:

The following censorship instructions, issued to the media by government authorities, have been leaked and distributed online. The name of the issuing body has been omitted to protect the source.

Do not report any more on the demonstrations in Iran. Follow-up reports require further notice from superiors. Relevant information that has already been transmitted and is from an authoritative source and is compliant should no longer be hyped but do not delete it. [Chinese]

News of the Iran protests have been trending on Chinese social media and have received intensive coverage in state and independent media. New York Times Hong Kong correspondent Austin Ramzy observed, "Chinese activist Twittersphere has been very focused on the Iran protests, cheering the expanding demonstrations, with the hope that something like this could happen at home."

However, authorities in Beijing have as their chief driving concern that Iran maintain stability as China has already positioned itself to be the chief international investor in Iranian infrastructural projects, to the tune of tens of billions of dollars. When asked about the Iran protests at a regularly scheduled press conference on Tuesday, China’s foreign ministry spokesperson Geng Shuang simply gave a one-sentence answer and moved on, saying, “China hopes that Iran can maintain stability and achieve development.” This decidedly conservative and reserved pro-Tehran response has much more to do with protecting Chinese investment and trade growth in an emerging market, than it does over questions that Iran protests could inspire similar movements domestically.

As multiple reports through the end of 2017 have noted, China has jumped at the opportunity to be a prime mover in Iran's economy since international sanctions were lifted in January 2016 as part of the 2015 nuclear deal brokered by the United Kingdom, United States, France, Russia, China, and Germany. Relations between the two countries began to thaw from the moment Chinese President Xi Jinping took office in 2012, and by January 2016 - at the moment sanctions were lifted - Xi visited Tehran, meeting with Supreme Leader Ali Khamenei and President Hassan Rouhani - which marked the first time a Chinese president visited Iran in 14 years. 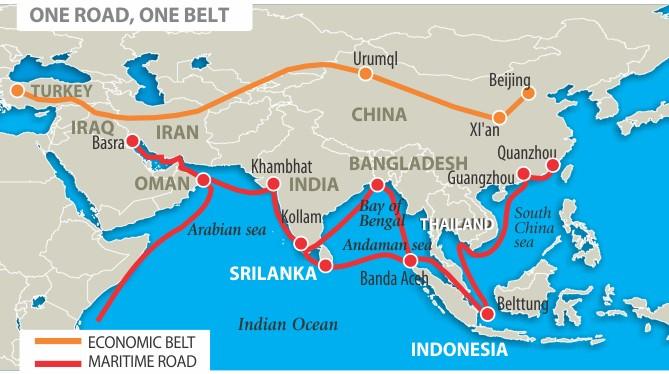 At that time Rouhani and Xi signed agreements related to China's ambitious Belt and Road Initiative (BRI), thus bringing Iran into the massive joint Eurasian development plan as a key connector in the vaunted "New Silk Road" of which Persia is obviously geographically vital. This included 17 multi-billion-dollar deals covering areas of energy, finance, communications, banking, culture, science, technology, and politics, with a further ten year road map of broader China-Iran cooperation. In total this could see trillions pumped into the Iranian economy over the coming decades while physically connecting China with Europe and Africa on an infrastructural level and in an expanding trade relationship.

But should Iran's current unrest continue on a trajectory towards destabilization, such projects would freeze, causing credit lines to dry up and investors to possibly pull out en masse.

Many analysts have noted that this is precisely why Western firms have remained on the sidelines (fears of new sanctions and potential political instability) even as not only China, but countries like South Korea and Italy - the latter being Iran's biggest European trade partner - sink unprecedented funds into Iran for everything from hospitals to railways to ports and power plants. South Korea's Eximbank for example, signed a $9.5 billion credit line for Iran projects last summer, according to Chinese state news agency Xinhua and in early December Iranian and South Korean private companies signed memorandums of understanding to transfer technologies to Iran related to solar and alternative energy, thermal insulation, lithium batteries and electric engines.

Last month the head of the Iran Chamber of Commerce’s investment commission said on the sidelines of an Iran-Italy investment meeting in Rome, “They [Western firms] had better come quickly to Iran otherwise China will take over,” according to the South China Morning Post. Of course, such a call is now further from being heeded as political turmoil has shaken Iran even if for a brief time.

Though some European banks such as Austria’s Oberbank have recently inked deals with Iran, Western firms have been reluctant with the looming possibility of new US sanctions under the Trump administration - a concern now no doubt compounded by a week of protests initially driven by economic grievances, but which quickly turned into violent clashes with police in some instances, and calls for both Rouhani's removal and the end of clerical rule. A week into the unrest, a reported 22 Iranians have died - mostly civilians demonstrators, but also including one police officer, and some others in accidental deaths attributed to the rioters.

And with international headlines, fueled by the increasingly bellicose statements of some Western leaders and other longtime enemies of Iran like Israel and Saudi Arabia, increasingly casting Tehran's actions in terms of a crackdown on human rights and democratic initiative, China is attempting to mitigate this kind of rhetoric from inundating its own media and potentially shaking confidence in its Iran investments.