Exactly two weeks after we reported that Attorney General Jeff Sessions instructed DOJ prosecutors to dig into the FBI's handling of the Uranium One investigation, we learn that the FBI has opened a new investigation of the Clinton Foundation launched by the DOJ - spearheaded by its Little Rock, Arkansas field office, according to John Solomon of The Hill.

The probe will focus on pay-for-play schemes and tax code violations, according to law enforcement officials and a witness who wishes to remain anonymous.

The officials, who spoke only on condition of anonymity, said the probe is examining whether the Clintons promised or performed any policy favors in return for largesse to their charitable efforts or whether donors made commitments of donations in hopes of securing government outcomes.

The probe may also examine whether any tax-exempt assets were converted for personal or political use and whether the Foundation complied with applicable tax laws, the officials said. -The Hill

The witness who was interviewed by Little Rock FBI agents said that questions focused on "government decisions and discussions of donations to Clinton entities during the time Hillary Clinton led President Obama's State Department," and that the agents were "extremely professional and unquestionably thorough."

Also of note, as tweeted by WikiLeaks and reported by the Dallas Observer, the Clinton Foundation has been under investigation by the IRS since July, 2016 after 64 GOP members of congress received letters urging them to push for an investigation. The investigation is being handled by their Dallas office - far away from Washington insiders.

The Earle Cabell Federal Building in downtown Dallas is an all purpose office complex, a bastion of federal bureaucracy located at 1100 Commerce St. Most people come for a passport or to get business done in front of a federal judge. But inside, a quiet review is underway that has direct ties to the raging presidential election: The local branch of the IRS' Tax Exempt and Government Entities Division is reviewing the tax status of the Bill, Hillary and Chelsea Clinton Foundation.

A spokesman for both Hillary Clinton and the Clinton Foundation did not return The Hill's calls or emails seeking comments, however they have previously maintained that the Clintons never traded government policy decisions for donations - calling recent focus on the issue a "conservative distraction" from President Trump's Russia probe.

Of primary interest to the FBI is likely the Uranium One deal, which would grant the Kremlin control over 20 percent of America’s uranium supply, as detailed by author Peter Schweitzer’s book Clinton Cash and the New York Times in 2015. The scheme allowed Russia to buy its way into the U.S. atomic energy business using the same Clinton Foundation pay-for-play relationship used by 16 countries, including Saudi Arabia – which received a 143% increase in weapons sales over the previous administration after donating to the foundation.

A brief timeline of the Uranium One deal:

Also of interest in relation to the Uranium One deal is the fact that weeks after the FBI probe into Hillary Clinton's email began, the FBI issued notices to every agency in the CFIUS to preserve records, as discovered by Twitter researcher Katica while looking at FOIA-requested documents.

The agencies which received the request included the Nuclear Regulatory Commission, the U.S. Dept. of Treasury, the Office of Director of National Intelligence (ODNI James Clapper), The National Counter Terrorism Center, and the U.S. Department of Energy (DOE).

Five days after the initial request, the same FBI agent sent another round of notifications to the same agencies, adding the National Security Agency (NSA) and the U.S. Secret Service (USSS). The next day, September 3rd, 2015, three more agencies were added to the preservation request: The CIA, the Defense Intelligence Agency (DIA) and the Department of Defense (DOD)

At this point, every single member of the Committee on Foreign Investment in the United States (CFIUS) which signed off on the Uranium One deal was served with a notice to preserve records.

Another report by The Hill from November reveals that an undercover FBI informant in the Russian nuclear industry who was made to sign an “illegal NDA” by former AG Loretta Lynch, claims to have video evidence showing Russian agents with briefcases full of bribe money related to the controversial Uranium One deal – according to The Hill investigative journalist John Solomon and Circa‘s Sara Carter.

The informant, whose identity was revealed by Reuters as William D. Campbell, will testify before congress next week after the NDA which carried the threat of prison time was lifted. Campbell, originally misidentifed by Reuters as a lobbyist is actually a nuclear industry consultant who is currently battling cancer.

As previously reported, Campbell was deeply embedded in the Russian nuclear industry where he gathered extensive evidence of a racketeering scheme involving bribes and kickbacks.

“The Russians were compromising American contractors in the nuclear industry with kickbacks and extortion threats, all of which raised legitimate national security concerns. And none of that evidence got aired before the Obama administration made those decisions,” a person who worked on the case told The Hill, speaking on condition of anonymity for fear of retribution by U.S. or Russian officials. –The Hill

Campbell’s attorney, former Regan Justice Department official Victoria Toensing, previously told Fox Business host Lou Dobbs “He can tell what all the Russians were talking about during the time that all these bribery payments were made.”

WikiLeaks also revealed that the house of Saud heavily contributed to the Clinton Foundation, and reports surfaced that they funded 20% of Clinton's campaign. 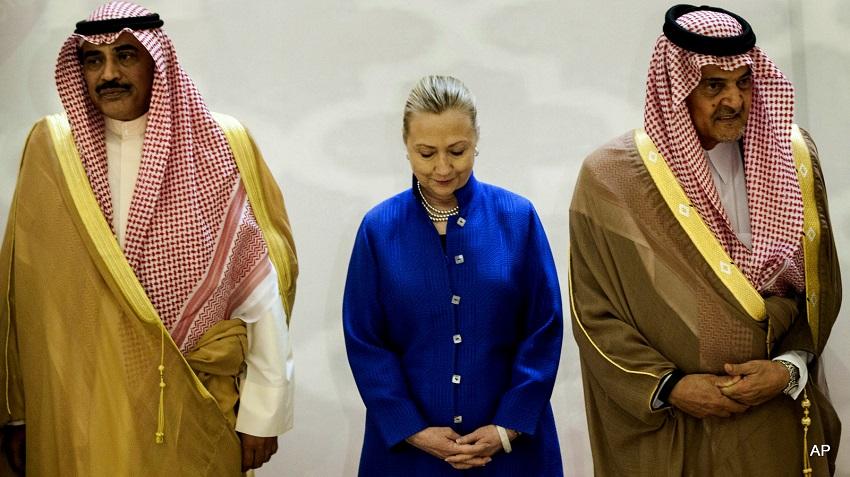 Indeed, it appears that the Saudis - the old "pre-crackdown" Saudis of course, who wouldn't let women drive cars, were hoping for a significant return on their investment under a Hillary Clinton White House with John Podesta ostensibly in the Secretary of State role - similar to the 143% increase in weapons sales granted to the Kingdom and other Clinton-foundation friendly governments while Hillary Clinton was Secretary of State.

As reported by International Business Times:

The Clinton-led State Department also authorized $151 billion of separate Pentagon-brokered deals for 16 of the countries that donated to the Clinton Foundation, resulting in a 143 percent increase in completed sales to those nations over the same time frame during the Bush administration.

It's clear they had a lot riding on Hillary, some say in the hopes of co-opting the US military into an intervention in Syria to topple President Bashar al-Assad. The plan was regime change - with the goal of installing yet another Western friendly puppet government which would rubber-stamp a lucrative Saudi/Qatar pipeline through the country, exiting into the Mediterranean through Turkey - as opposed to a competing Russian / Iranian / Syrian pipeline. 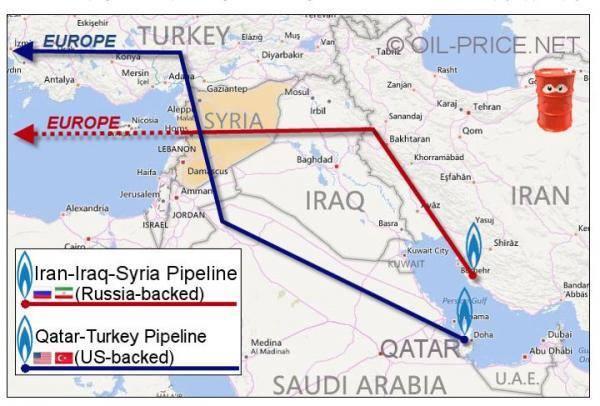 Moreover, WikiLeaks exposed the fact that Saudi Arabia and Qatar funded ISIS - which then invaded Syria in an effort to co-opt the Arab spring and topple Assad. Recall that Hillary's plan was to join ISIS in this fight, starting with the institution of a "no fly" zone which would have put the United States in direct conflict with Russia.

There was also, of course, the $1 million check Qatar gave to Bill Clinton on his birthday, as disclosed by WikiLeaks, in which Amitabh Desai, the Clinton Foundation’s director of foreign policy, writes to senior Clinton Foundation officials explaining the “summary of key points” from his meetings with the “Ambassadors from Qatar, Brazil, Peru, Malawi, and Rwanda, in Washington, DC.”

Describing his meeting with the ambassador of Qatar, Desai wrote, “Would like to see WJC [William Jefferson Clinton] ‘for five minutes’ in NYC, to present $1 million check that Qatar promised for WJC’s birthday in 2011.”

It gradually becomes clear that Hillary Clinton was set to use United States military assets at the behest of Saudi Arabia - first for regime change in Syria, and then in Saudi Arabia's confict with Yemen as the next logical target. It also emerged that Hillary's right hand woman Huma Abedin has had alleged ties to the Muslim Brotherhood which still haven't been investigated. John McCain, interestingly enough, chastised Rep. Michele Bachman (R-MN) for pointing this out. In addition, a former Muslim Brotherhood member turned peace activist, Walid Shoebat said in an interview with Front Page Magazine:

The Abedins for decades were actually serving a foreign entity, the government of Saudi Arabia’s Ministry of Islamic Affairs, and not American Democracy as President Obama stated. -FrontPage

With all that said, and there is much more (to scrape the surface read "Clinton Foundation Is Charity Fraud Of Epic Proportions", Analyst Charges In Stunning Takedown", it appears that the FBI should have its hands full re-investigating the Clinton Foundation. Perhaps Attorney General Sessions will even ensure that Clinton loyalists within the organization aren't responsible for things such as; reaching conclusions, recommending charges, closing investigations and changing language which would exonerate otherwise very illegal behavior.