Ghana Urged To Invest 1% Of Its Reserves In Bitcoin

The vice president of investment bank Groupe Nduom, Papa-Wassa Chiefy Nduom, has urged the Bank of Ghana to diversify its investment by placing about one percent of Ghana's reserves in bitcoin. 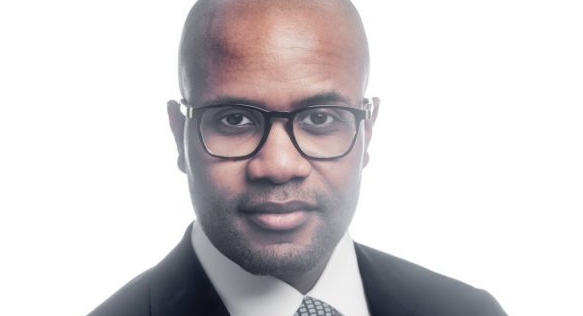 According to GhanaWeb, Ndoum deflected arguments that it is too volatile by saying: “I don’t think it’s a gamble, I think every investment is a gamble, getting out of your bed in the morning is a gamble. If you are completely preoccupied with risk you won’t do anything… in terms of managing reserves there is potentially a new reserve asset and as a central bank, you need to study blockchain.

He said, “Everybody agrees with that now…IMF and the rest, they’ve all said blockchain is potentially disruptive technology. Some people think it will get rid of banks. So as a central bank, you’ve got to pay attention.”

In an exclusive interview with JoyBusiness, Mr Ndoum said Ghana can have a lot of foreign exchange with the right investments in the digital currency.

In an op-ed, Ndoum showed his math... 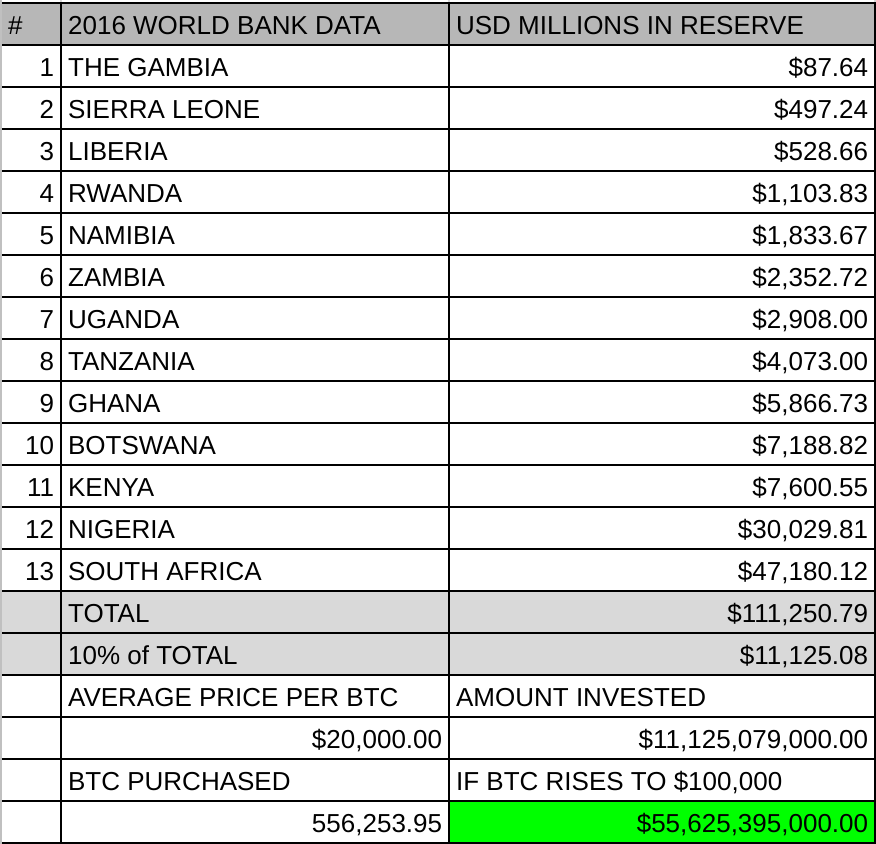 He said, “On the investment case, for a central bank, especially for a country that needs to come up with solutions, we need more funding for investments and my view is, by making that investment and by signalling that it’s an enabling environment for investments. For example, if the exchange is domiciled in Ghana trades in the digital currency will not be subject to tax or capital gains but will tax the profit that the exchange is made. That could result in massive inflows of foreign currencies to Ghana.”

He believes that the digital currency is the future of value and banking, “They [central bank] have the people and staff who can study the technology, the regulation and can make a decision.”

“I think that they are probably the best entities [central banks] positioned to make an initial bet on this technology because it’s the future of value and banking and as I mentioned many prominent investors are backing this technology and we as a poor country cannot risk being left out on it again,” he said.

Nduom concludes: "So in 2018 I will be looking for the first African Central Banker who says – I’m tired of putting my hat in my hand and begging – let’s take some risk and dig into this new global, permission-less, robust and extensible financial ecosystem. Everything we need to learn is for free on the internet. I won’t be holding my breath."