Less than a day after President Trump slammed Pakistan on Twitter for failure to combat terrorism, stating, "It's not only Pakistan that we pay billions of dollars to for nothing, but also many other countries, and others," and after it was revealed that the US will withhold $255 million in aid, Pakistan's central bank announced it will be replacing the dollar with the yuan for bilateral trade and investment with China.

"SBP has already put in place the required regulatory framework which facilitates use of CNY in trade and investment transactions," the State Bank of Pakistan (SBP) said in a press release late Tuesday, ensuring that imports, exports and financing transactions can be denominated in the Chinese currency.

"The SBP, in the capacity of the policy maker of financial and currency markets, has taken comprehensive policy related measures to ensure that imports, exports and financing transactions can be denominated in yuan," Dawn news, Pakistan's most widely read English-language daily, announced while quoting the SBP press release. 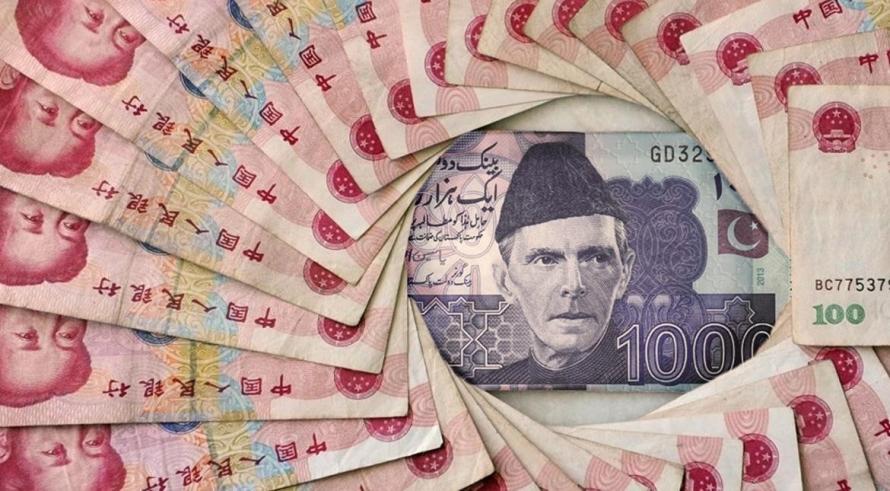 As we reported in December, Pakistan has been contemplating the move since last month's formal launch of the Long Term Plan for the China-Pakistan Economic Corridor (CPEC), signed by the two sides on November 21. The CPEC is a flagship project of China's Belt and Road initiative - the 3,000 km, over $50 billion corridor which stretches from Kashgar in western China to Gwadar port in Pakistan on the Arabian sea.

At that time the agreement was signed Pakistan's Minister for Planning and Development Ahsan Iqbal said that while Pakistani currency would be used within the country, China desired that bilateral trade should take place in yuan instead of dollars, in yet another push to de-dollarize what China considers its sphere of influence. "We are examining the use of yuan instead of the US dollar for trade between the two countries," Iqbal said in what was the earliest tip-off of this week's bombshell news, and added that the use of yuan was not against the interest of Pakistan. Rather, it would "benefit" Pakistan.

But the timing couldn't be more interesting, with the White House's rhetoric on Pakistan putting the longtime and now increasingly strained defense alliance between the US and central Asian country center stage. Less than two weeks after China and Pakistan launched their CPEC initiative, Trump said in a New Year's Day tweet, "The United States has foolishly given Pakistan more than 33 billion dollars in aid over the last 15 years, and they have given us nothing but lies & deceit, thinking of our leaders as fools. They give safe haven to the terrorists we hunt in Afghanistan, with little help. No more!"

The United States has foolishly given Pakistan more than 33 billion dollars in aid over the last 15 years, and they have given us nothing but lies & deceit, thinking of our leaders as fools. They give safe haven to the terrorists we hunt in Afghanistan, with little help. No more!

In response to the tweet the chairman of Pakistan's Senate Defense Committee fired back, calling Trump the "mercurial leader of a declining superpower" while accusing him of merely "raving and ranting." Trump has broken ranks with prior administrations going back to the Cold War - who have taken great care to maintain a positive though uneasy status quo with the nuclear power - and in brazen tone called out Pakistani authorities for looking the other way on terrorism, especially regarding their long acknowledged support to the Taliban and toleration of jihadist groups along the pashtun tribal lands Af-Pak border border like the Haqqani network. Ironically, however, Pakistan's ISI (Inter-Services Intelligence) and the CIA were once in the same trenches when it came to supporting mujahideen fighters the region throughout the 1980's.

Pakistan has long been forced to rely on an external patron as the ultimate guarantor of its security vis-à-vis India and in recognition of the international legitimacy of its disputed borders (foremost being the Durand Line), bouncing back and forth between either China or the United States. But clearly the latest tensions as well as US plan to cut foreign aid, precipitated in the US administration's eyes by Pakistan being among an expansive list of US aid recipients that voted to support the December 22 UN resolution condemning the US recognition of Jerusalem as Israel's capital, have not only created a vacuum in terms of waning US influence in the region, but have allowed China to cement itself as both economic and political guarantor in the region.

Notably, on the same day Trump accused Pakistan of giving "safe haven to the terrorists" Chinese Foreign Ministry spokesman Geng Shuang immediately came to Islamabad's defense, saying the country "made great efforts and sacrifices for combating terrorism" and urged the international community to "fully recognize this."