Pepe Escobar: Why There Won't Be A Revolution In Iran

Authored by Pepe Escobar via The Asia Times, 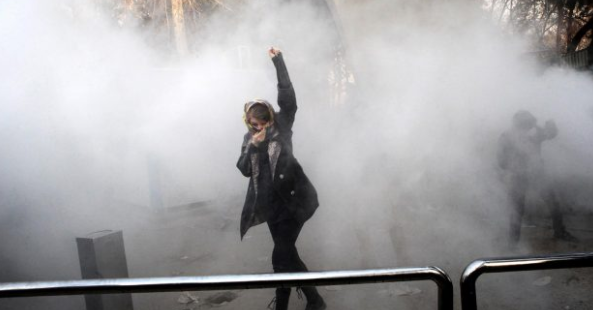 Inflation is high at 12% but down from 40% at the start of Rouhani’s first term. And the recent increase in fuel and food prices by up to 40% has hardly helped.

That was part of Team Rouhani’s 2018 budget, which cuts subsidies for the poor – a key feature of the previous Ahmadinejad administration.

Then there is youth unemployment, which hovers around the 30% mark. Similar figures recently came out of Spain, a member of the European Union. Of course, that explains why the bulk of the protesters are under 25 from working class backgrounds.

What Rouhani should have explained to Iranians in detail is the direct consequences of hard economic times and United States sanctions, which are affecting the country.

These were coupled with financial threats against western firms now back in business, or at least contemplating opening up operations, in Iran.

Rouhani did promise after signing the Joint Comprehensive Plan of Action, also known as the Iran nuclear deal, in the Austrian capital of Vienna in 2015 that it would lead to more jobs and stimulate the economy.

While that has not been the case, legitimate protests singling out economic problems have never gone away. In fact, they have been part of the Iranian picture for decades.

If we consider the Islamic Republic experiment, a sort of “theocracy with democratic characteristics,” the most striking element is how deeply rooted it is in the country.

I learned this during my many trips to Iran and it has a great deal to do with the basij, or voluntary militias. They have permeated all aspects of social life from unions to student bodies and civil servant groups.

In this respect, there is a strong similarity to China, where the Communist Party is embedded in the very fabric of society.

Talking to young people in places such as Kashan or Mashhad showed me how solid the popular base was behind the Islamic Republic experiment. It was certainly more thought-provoking than listening to ayatollahs in Qom.

Still, what is happening now in Iran is that legitimate protests related to economic hardships have been hijacked by the usual suspects in a move to influence the minority. After all, Rouhani’s administration is comparatively liberal compared to the populist Ahmadinejad government.

So, what we have is a concerted attempt to turn legitimate protests into a “revolutionary” movement with the aim of bringing about a regime change. In all practical purposes, this would be civil war.

Well, it will simply not work. Anyone familiar with Iran knows the country’s civil society is far too sophisticated to fall into such a crude and obvious trap.

For a clear take on the foreign influence angle, you should watch Professor Mohammad Marandi, of the University of Tehran, an academic of absolute integrity, arguing with a former BBC employee on the Qatari-owned Al Jazeera television network.

Indeed, what is certain is that foreign elements are acting as provocateurs to influence the protests. This “whole world is watching” tone is meant to intimidate Tehran’s response.

Yet there has to be a crackdown against the violence as Rouhani strongly hinted. Imagine the police response if the level of violence seen on Iranian streets was happening in France or Germany?

Regime change is unlikely but what is in play is setting the scene for a further renewal of economic sanctions against Iran. Possibly, in this case by the EU. Hopefully, it will not fall into this trap.

Anyway, Tehran is already gearing up to increase business across Eurasia through China’s new Silk Roads, the Belt and Road Initiative, and the Eurasia Economic Union.

In the end, it is up to Team Rouhani to be creative in alleviating the burden on the economic front.