For months, speculation has swirled around what exactly former FBI Director James Comey said about Hillary Clinton's private email server (and handling of classified material). While much has been leaked, and admitted to, thanks to Senate Homeland and Government Affairs Committee Chairman Ron Johnson (R-Wis.), we now have the complete original Comey statement... and the subsequent rounds of deletions and edits that watered down the felonious Clinton actions to an embarrassing wrist-slap. 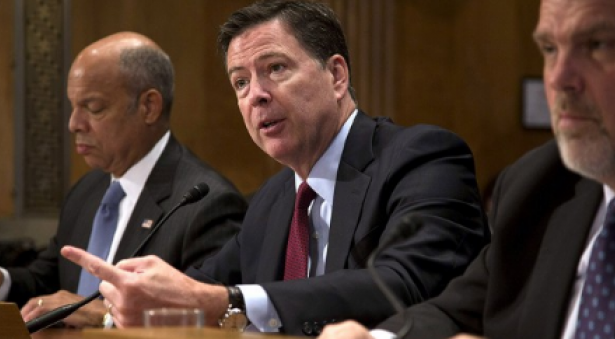 The Hill was first to report late last year that Comey originally concluded Clinton was “grossly negligent” – the statutory term supporting felony mishandling of classified information – when she and her aides transmitted 110 emails containing classified information through her nonsecure server but that subordinates edited the term to the lesser “extremely careless.”

As The Hill reports, the full draft, with edits, leaves little doubt that Comey originally wrote on May 2, 2016 that there was evidence that Clinton and top aides may have violated both felony and misdemeanor statutes, though he did not believe he could prove intent before a jury.

As the document also shows, Comey's original statement was edited by subordinates to remove five separate references to terms like “grossly negligent” and to delete mention of evidence supporting felony and misdemeanor violations.

For example, as The Hill notes, Comey originally wrote:

That passage, however, was subsequently edited to remove the references to “gross negligence” and “misdemeanor mishandling,” leaving a much more generic reference to “potential violations of the statutes.”

Remarkably, though the original statement was written on May 6th 2016, Comey did not hold his infamous press conference until two months later... once all the edits were in.

As Senator Johnson exclaimed, "the edits to Director Comey’s public statement, made months prior to the conclusion of the FBI’s investigation of Secretary Clinton’s conduct, had a significant impact on the FBI’s public evaluation of the implications of her actions,” adding that...

"this effort, seen in light of the personal animus toward then-candidate Trump by senior agents leading the Clinton investigation and their apparent desire to create an ‘insurance policy’ against Mr. Trump’s election, raise profound questions about the FBI’s role and possible interference in the 2016 presidential election."