Lawmakers like Connecticut’s Democratic Gov. Dannel  Malloy should pay attention to the latest batch of IRS data, which show tax payers – particularly wealthy ones – are leaving Connecticut for states like Florida, where there is no income tax, and New York City, where taxes are high but at least you can order Chinese food at 4 am.

Indeed, as the Hartford Courant points out in an editorial, the latest data reveal that Connecticut is in the middle of a taxpayer exodus.

Those who moved out of Connecticut from 2015 to 2016 took with them more than $6 billion in adjusted gross income, or AGI.

People who moved to Connecticut brought with them only about $3.36 billion in AGI. The total net loss to Connecticut: $2.7 billion. In one year. That was in the top five of all states, regardless of population.

And that was before this year’s budget battle, which nearly precipitated dramatic cuts to municipal services. The taxes and cutbacks that lawmakers agreed to in order to pass a compromise budget bill will likely anger more monied nutmeggers. 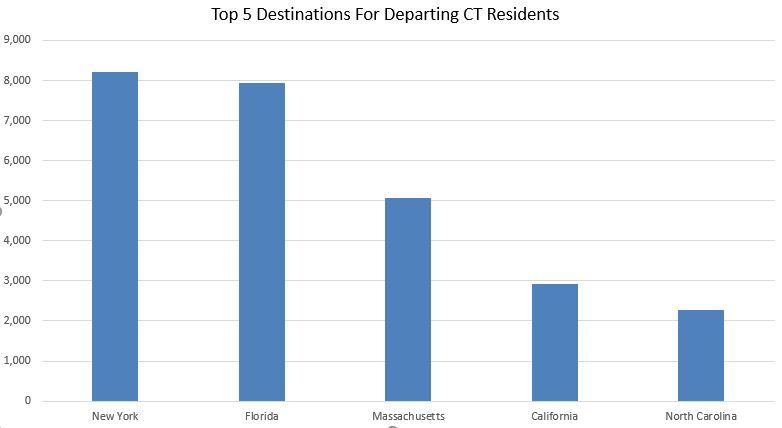 While that’s not a whole lot relative to the state’s 20 billion budget, it’s still a not-insignificant amount of money.

As the paper’s editorial board warned: "Legislators, this is strong evidence that taxing residents at high rates is becoming counterproductive."

Here’s more from the Courant:

That means more than $2 billion in income moved from Connecticut to Florida from 2015 to 2016, more than twice as much money as moved to New York.

The overall trend of richer people leaving Connecticut has been increasing over the last five years, according to the IRS data.

This is just another reminder that Connecticut’s lawmakers need to find a way to deal with the state’s intractable pension problem without soaking the rich.