Over a dozen lawmakers met with a Yale psychiatry professor for two days to meet and confer over President Trump's mental fitness - continuing a campaign by Democrats launched nearly a year ago to review the 25th Amendment and try to remove Trump from office. 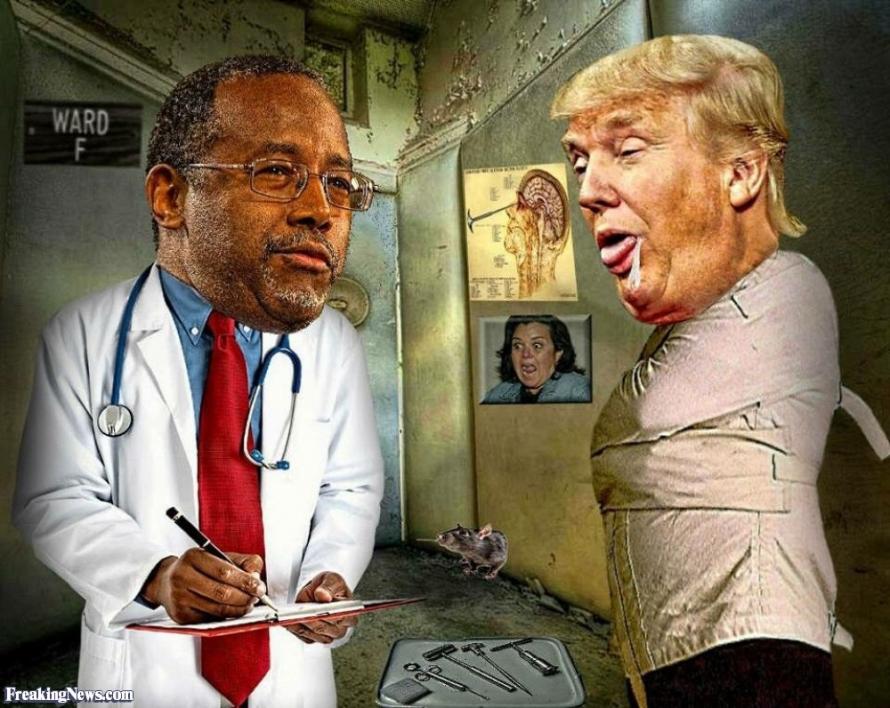 Dr. Brandy X. Lee told Congressional Democrats (and one Republican) on Dec. 5 and 6 that President Trump is "going to unravel, and we are seeing the signs," reports Politico.

In an interview, she pointed to Trump “going back to conspiracy theories, denying things he has admitted before, his being drawn to violent videos.” Lee also warned, “We feel that the rush of tweeting is an indication of his falling apart under stress. Trump is going to get worse and will become uncontainable with the pressures of the presidency.”

The "violent videos" Trump is drawn to ostensibly refers to a July 2, 2017 tweet made by the President in which he's wrestling a "CNN" logo.

Are we having fun yet?

Dr. Lee is the editor of "The Dangerous Case of Donald Trump," a compilation of testimonials from 27 psychiatrists and mental health experts weighing in on Trump's level of "dangerousness" and therefore, fitness to serve. 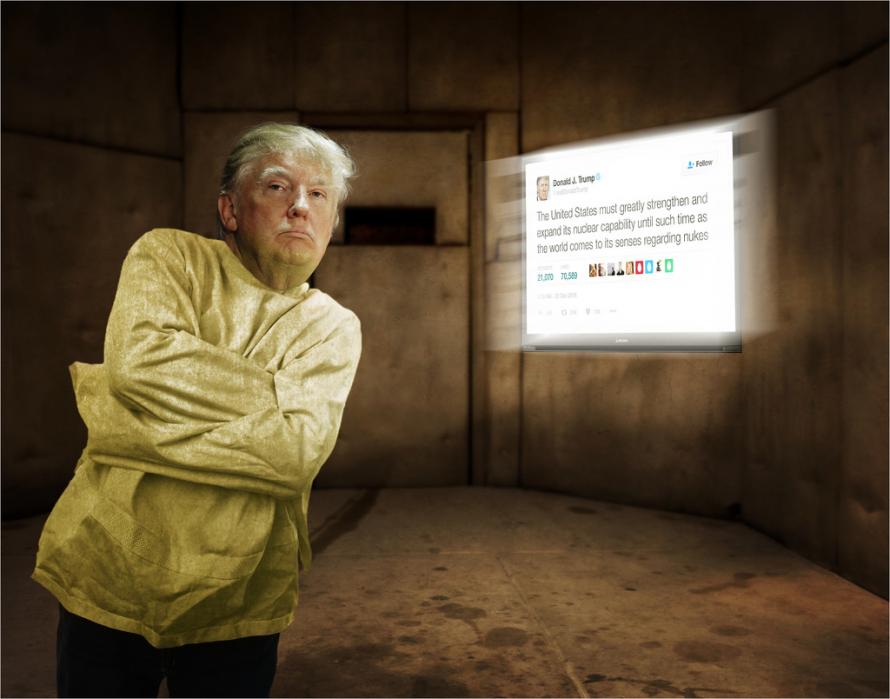 On Wednesday, "never-Trump" Neocon Bill Kristol, editor at large of The Weekly Standard, tweeted "I trust @VP has asked his Counsel to prepare a draft document transferring power in accord with Sec. 4 of 25th Amendment in case it's suddenly needed, & that he's discussed this with COS Kelly."

Most of @POTUS's craziness seems so far to have been confined to speech not deeds. But I trust @VP has asked his Counsel to prepare a draft document transferring power in accord with Sec. 4 of 25th Amendment in case it's suddenly needed, & that he's discussed this with COS Kelly.

This Tweet alone is grounds for removal from office under the 25th Amendment. This man should not have nukes. https://t.co/ymWija85o3

As we mentioned earlier, this run at Trump through the 25th Amendment is nothing new. In a February, 2017 appearance on CNN, Rep. Al Franken that "a few" Republican colleagues had expressed concern over Trump's mental health - though the now-disgraced Democrat did not name names.

Around the same time, Rep Ted Lieu (D-Calif.) said he planned to introduce legislation that would require the presence of a psychiatrist or psychologist in the White House - which went nowhere, while Rep. Earl Blumenauer (D-Ore.) in a floor speech this week called for a review of the Constitution's procedures for removing a president. He warned the 25th Amendment of the Constitution falls short when it comes to mental or emotional fitness for office.

In October, billionaire Tom Steyer too out a prime time ad during the World Series, urging the country to impeach Trump, who is "a clear and present danger who's mentally unstable and armed with nuclear weapons..."

Trump was not impressed...

Wacky & totally unhinged Tom Steyer, who has been fighting me and my Make America Great Again agenda from beginning, never wins elections!

So, what’s Article 4 to the 25th Amendment? As we noted last year, the amendment itself is about presidential succession, and includes language about the power of the office when a president is incapacitated. But Digby recently highlighted the specific text of growing relevance:

What does that mean exactly?

Well, it means Congress isn’t the only institution that can remove a president from office between elections. Under the 25th Amendment, a sitting vice president and a majority of the executive branch’s cabinet could, on their own, agree to transfer power out of the hands of a sitting president. At that point, those officials would notify Congress, and the vice president would assume the office as the acting president.

And what if the challenged president wasn’t on board with the plan to remove him/her from the office? According to a recent explainer, “If the president wants to dispute this move, he can, but then it would be up to Congress to settle the matter with a vote. A two-thirds majority in both houses would be necessary to keep the vice president in charge. If that threshold isn’t reached, the president would regain his powers.” All of this comes up in fiction from time to time, and in all likelihood, Americans will probably never see this political crisis play out in real life. And that’s probably a good thing: by all appearances, the intended purpose of the constitutional provision was to address a president with a serious ailment – say, a stroke, for example – in which he or she is alive, but unable to fulfill the duties of the office.

And nearly a year later, Democrats and never-Trumpers are still working on a "soft palace coup" with the assistance of the MSM. As we noted in February of 2017, we expected such speculation will only get louder - and here we are, once again.

.@JudgeJeanine: "The American people voted for [@realdonaldTrump] because he makes sense to them." pic.twitter.com/dCV4HqCyBn