Bank of America: "It Ain't Over"

Last summer, BofA's Michael Hartnett was predicting a grizzly death to the most surreal stock market rally in history, expecting a violent tumble some time in the late fall, early winter. That did not happen, as the market - no longer a discounting mechanism but merely a manifestation of how much money retail investors dump into ETFs - refused to trade based on news flow, fundamentals or any other metric known to man, and proceeded to accelerate into what Jeremy Grantham earlier this week dubbed a melt up.

So what does the BofA CIO - who in December said "he was so bullish, he's bearish" anticipating a 10% or more correction in 2018 - think now?

Well, according to his just released latest Flow Show report, Hartnett points out that based on the latest weekly flows data, "it ain't over", and specifically "the Icarus trade ain't over until rates a lot higher and big redemptions in "yield" plays.

The specifics: in a week in which the S&P surged to new all time highs once again, there was paradoxically another $4.5bn outflows from equities vs $14.4bn inflows last week; This was offset by $9.2bn inflows to bonds this week, adding to $1.2bn inflows last week. As usual, it remains a mystery how stocks can rise when investors pull funds from the market.

It's not just flows that say it ain't over: so does Positioning. According to BofA's proprietary Bull & Bear Indicator, data does not show Peak Positioning..."is 6.2 not >8, BofAML FMS institutional cash levels are 4.7% not <4%, BofAML private client allocation to stocks is 60.8% not >63%." 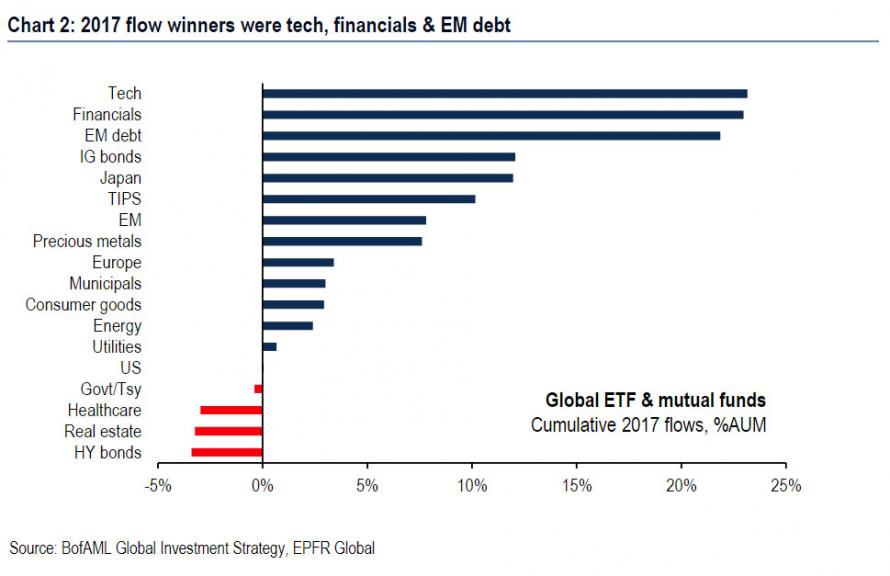 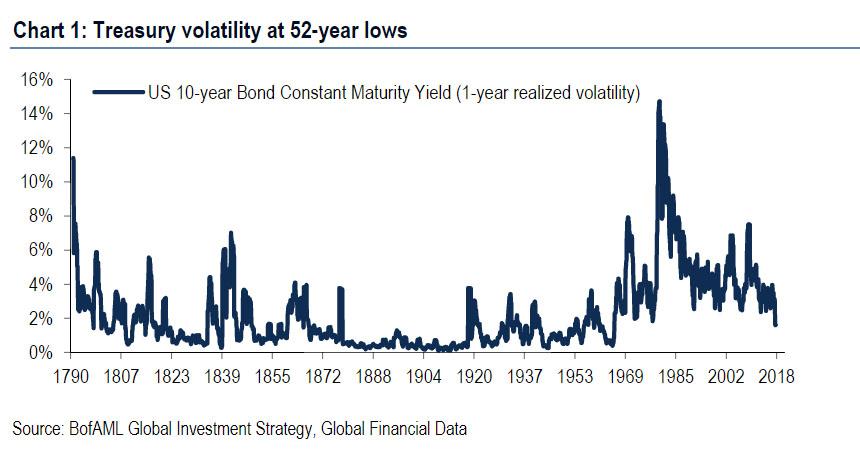 So until Icarus flies too high, here is an update of BofA's targets and trades for Q1:

Not surprisingly, BofA's bearishness appears to have evaporated away. Instead of a crash, BofA now sees a "massive bullish Q1 growth catalyst" in the form of US surveys consistent with >5% US real GDP growth in Q1/Q2 (Chart 3); Dec ISM consistent with >20% US EPS growth (Chart 4); yes very close to Peak Profits but spike in oil price likely first. 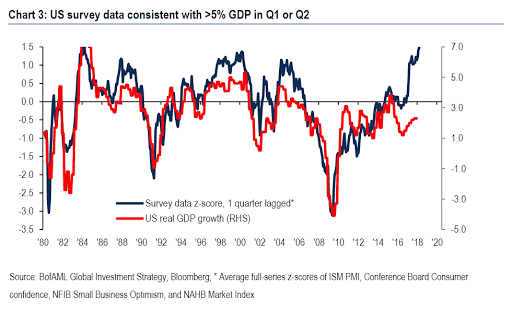 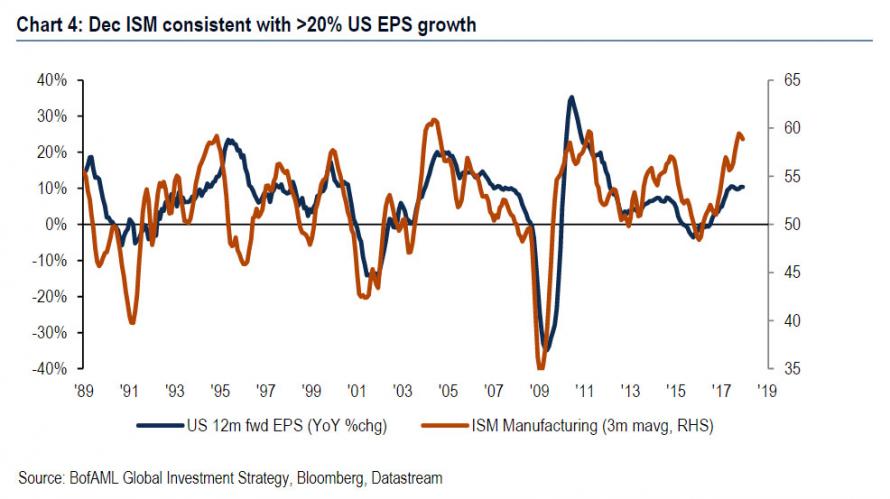 Finally, for those wondering what if anything can end the party, here is Hartnett's answer: a bearish Q1 inflation catalyst, which is still missing: "wage inflation (e.g. US Avg Hourly Earnings >3%) needed to a. cause bond vol to surge/tighten financial conditions via higher global rate expectations & stronger US$, b. cause flash crash a la '87, '94, '98...'94 redux most relevant should payroll/AHE surprise tomorrow...

Hartnett's parting words of caution remind us what happened the last time we had a Goldilocks market, and how it ended:

Will this time be different?