Authored by Ryan McMaken via The Mises Institute,

Through November of 2017, the State of Colorado collected more than $226 million in revenues from cannabis taxes, licenses, and fees. That's a lot for a state government with total discretionary spending of about $10 billion.

In other words, cannabis employs people, produces tax revenue, and is as much a part of the local economy as any other industry. (The industry employs more than 30,000 people.)

What's happening in Colorado, though, is likely to be dwarfed by the new cannabis industry in California where there are far more people, including many more millionaires and billionaires. Many of them will likely be interested in making some money in the new industry.

Mike Tyson, for example, has announced he plans to open a "cannabis resort" in the California desert.

The state government, of course, will be planning to cash in also. 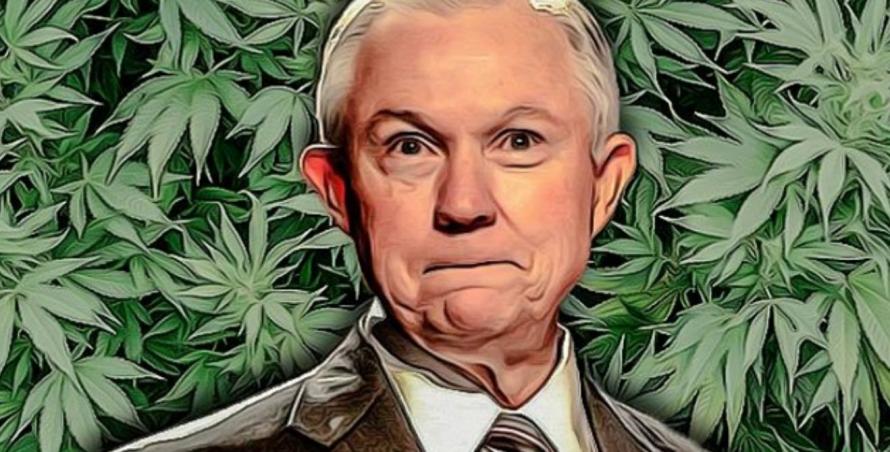 US Attorney General Jeff Sessions meanwhile, has decided to ratchet up his own personal Drug War on Marijuana, with which he as an odd fixation:

Attorney General Jeff Sessions on Thursday rescinded a trio of memos from the Obama administration that had adopted a policy of non-interference with marijuana-friendly state laws.

The move essentially shifts federal policy from the hands-off approach adopted under the previous administration to unleashing federal prosecutors across the country to decide individually how to prioritize resources to crack down on pot possession, distribution and cultivation of the drug in states where it is legal.

One gets the impression, however, that on this matter, the horse left the barn a long time ago. Even among Republicans, Sessions appears to be out in left field on this matter. Colorado's GOP Senator Cory Gardner was clearly furious — by Washington standards — after Sessions's announcement, claiming the Sessions essentially lied to Gardner about his intentions prior to be being confirmed. Gardner says he will retaliate, if necessary, by "holding (Department of Justice) nominees, until the attorney general lives up to the commitment he made to me prior to his confirmation."

Meanwhile, the US Attorney in Colorado says he plans to hold to the status quo. The state's Attorney General, Republican Cynthia Coffman also chimed in, claiming that Sessions's office blindsided her:

“I will say there was no warning,” Coffman said during a news conference Thursday afternoon. “We didn’t know this was coming. I don’t think the U.S. Attorney’s Office knew it was coming either.”

Basically, it's amateur hour at the US Attorney General's Office, and Colorado politicians are closing ranks against any change to the current policy of cannabis tolerance.

Federal officials will have a tough row to hoe if they're planning on overturning state laws approved by a majority of voters that have legalized marijuana in the state.

In Colorado at least, opposition to federal meddling in state marijuana laws has become a bi-partisan affair, although some republicans have attempted to abolish local control in order to carry on the drug war with renewed vigor.

Nevertheless, Sessions already lost an important battle back in May 2017 when Congress voted to give Sessions zero dollars to enforce federal laws against medical marijuana.

Expect the most opposition to federal control, though, when there is money at stake, and this is why Sessions's effort is likely to go up in smoke. This will be especially true when the economy begins to slow.

After all, a similar battle ensued during the Great Depression after state and local revenue from alcohol sales dried up due to prohibition. David Beito has noted how property taxes rose significantly during the 1920s. This, in turn, led to a variety of tax-level tax revolts during the Great Depression when these new taxes finally became too much to bear any longer. State governments and many others thus went to work on finally repealing federal prohibition altogether. Mark Thornton writes:

The Repeal of Prohibition provided several significant victories to the tax resistance movement. Repeal caused the price of alcohol to plummet and allowed local, state, and federal governments to reinstate alcohol taxes and increase government revenues. State and local governments also gained additional revenue via licensing fees and other alcohol-related charges, and federal alcohol taxes freed up additional money that could be provided to state and city governments through grants, public works, and other assistance. This revenue helped offset revenue lost from property tax cuts and tax limitation statutes. Additionally, Repeal also reduced spending on the enforcement of prohibition, reduced political corruption, and greatly alleviated the aggregate burden of crime.

Maybe if the feds had somehow managed to block state legalization efforts altogether, states would not now be looking at lost tax revenue and lost jobs in case of a renewed federal war against cannabis. But, the feds took little action, and those who now benefit from the new industry are unlikely to sit quietly while Sessions tries to carry out his lonely personal crusade.