Chaos Strikes As 1.4 Million Afghans Have 30 Days To Leave Pakistan

On Wednesday, the Pakistani government ordered 1.4 million Afghan refugees to leave the country in 30 days. According to DAWN, the oldest English-language newspaper in Pakistan, this is the sixth extension given to refugees, which the last expired on December 31. 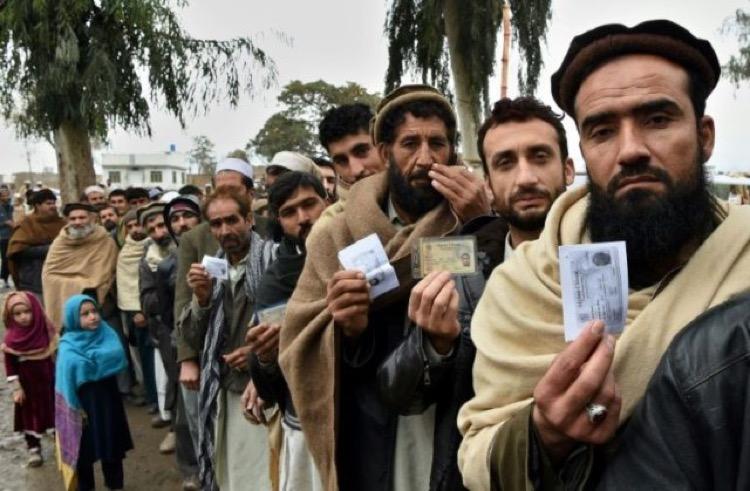 The announcement was made by the National Security Committee and approved by the federal cabinet, which comes after President Trump unleashed a series of tweets accusing Pakistan of harboring terrorist.

“The United States has foolishly given Pakistan more than 33 billion dollars in aid over the last 15 years, and they have given us nothing but lies & deceit, thinking of our leaders as fools,” Trump said on New Year’s day.

“They give safe haven to the terrorists we hunt in Afghanistan, with little help. No more!”

Further, the US Ambassador to the United Nations Nikki Haley accused Pakistan of playing “a double game for years” and said President Trump will withhold $225 million in aid to the country.

The Pakistani cabinet viewed the American statements as distasteful and detrimental to the bilateral relationship between Pakistan and the United States. The official statement from the PM Office media wing said,

“Pakistan has rendered huge sacrifices, both in terms of loss of precious human lives and substantial damage to the economy. Achievements made by Pakistan in curbing the menace of terrorism have been acknowledged throughout the world.”

Before Trump tweeted, the Pakistani government was considering a proposal for granting a one-year extension in the Proof of Registration (POR) Cards for the refugees under a tripartite agreement with Afghanistan and UN High Commissioner for Refugees (UNHCR).

It appears the announcement’s decision was linked to President Trump and US Ambassador to the United Nations Nikki Haley threats to Pakistan, which now requires 1.4 million Afghan refugees, who lost their legal status on December 31, 2017, to migrate back to Afghanistan by end of month, where the infestation of Taliban forces thrive. On top of America’s failed war in Afghanistan, President Trump has ramped up aerial bombings in the country by threefold leading to more destabilization.

From the start I had opposed Pak becoming part of US-led so-called "War on Terror". Now, after suffering 70k dead, over $100 bn loss to economy, when we had nothing to do with 9/11, constant " do more" US taunts & after nation has been humiliated by Trump, GoP saying the same.

Khan blames the CIA for the creation of Jihadi groups and a decade of failed wars in the region.

Lesson to be learnt by us is never to be used by others for short term paltry financial benefits ever again. Our society became radicalised and polarised as we helped CIA create jihadi groups; then, a decade later, we tried to eliminate them as terrorists on US orders. https://t.co/Z1fJuESEhI

“And now Pakistan being blamed for US failures in Afghanistan by an ignorant and ungrateful Donald Trump,” Khan tweeted.

And now Pakistan being blamed for US failures in Afghanistan by an ignorant and ungrateful Donald Trump. https://t.co/Y4oh6OgnxC

“Finally, Pakistan suffers ultimate insult: being made scapegoat for US failure in Afghanistan,” Khan added.

Finally Pak suffers ultimate insult: being made scapegoat for US failure in Afghanistan. A couple of thousand or so Haqqanis allegedly in Pak are supposed to be cause of why the most well-equipped mly force in history, 150k NATO troops + over 200k Afghan army could not succeed? https://t.co/ACmi72ZSKm

Bottomline: With the latest collapse in American and Pakistani relations, are we witnessing America’s collapsing prestige?