Well, so much for that 200K+ whisper number for December payrolls, and it appears that Goldman's warning that winter storms in the last month of the year would depress jobs was spot on after moments ago the BLS reported that December payrolls tumbled from an upward revised 252K in November (from 228K) to only 148K, a 3-sigma miss to expectations of 190K, and the lowest print since July. 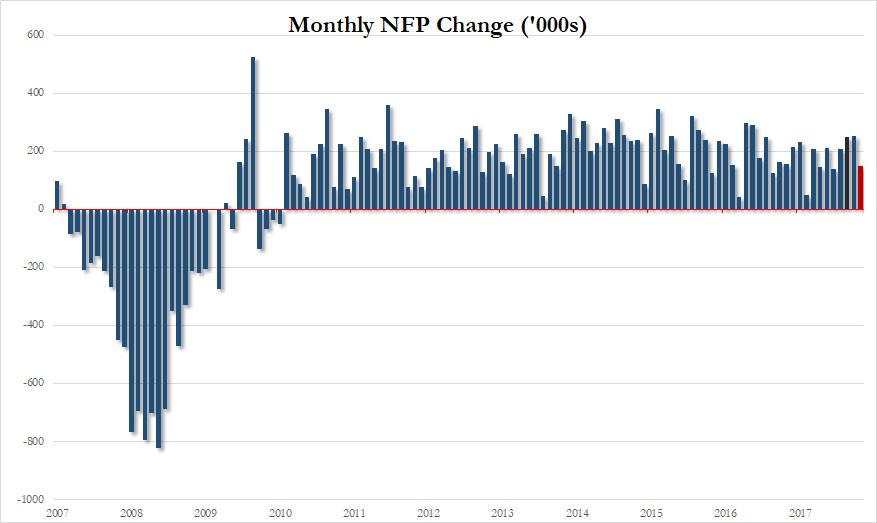 The December payrolls number was below all but one sellside estimate:

There was also a big slowdown in private payrolls, which rose 146k vs prior 239k; and below the est. 193k, from 29 economists surveyed.

Of course it wasn't just sellsiders who were wrong: NFP has now printed below ADP for 11 months. 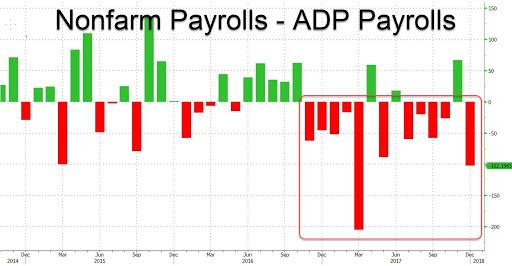 Away from the establishment survey, the change in household employment was 104k vs prior 71k. 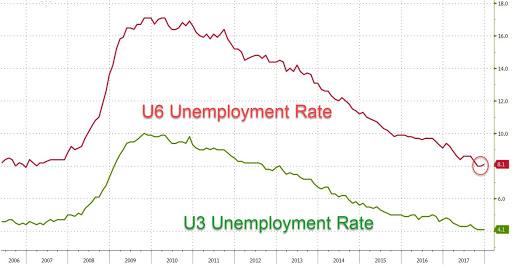 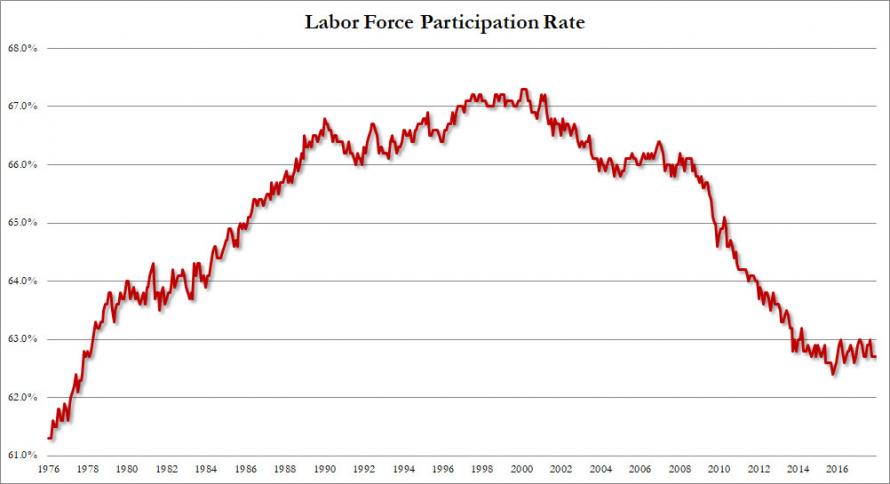 In qualitative terms, average weekly hours of 34.5 came in as expected, but what was perhaps most important is that average hourly earnings of 0.3% M/M and 2.5% Y/Y also came in precisely as expected, suggesting no major surprises to the Fed's dots timetable are imminent. 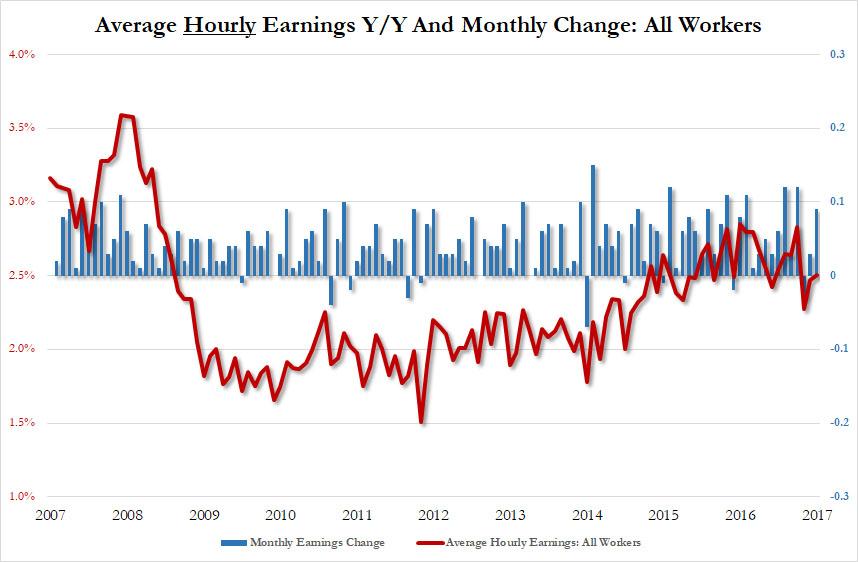 More details from the report:

Total nonfarm payroll employment rose by 148,000 in December. Job gains occurred in health care, construction, and manufacturing. In 2017, payroll employment growth totaled 2.1 million, compared with a gain of 2.2 million in 2016.

In December, employment changed little in professional and business services (+19,000). In 2017, the industry added an average of 44,000 jobs per month, in line with its average monthly gain in 2016.