TINA Is Dead - Stocks Are No Longer 'Cheap' To Bonds

For years, equity market investors have been cajoled into stocks by their commission-rakers with four simple words - "there is no alternative" - often shortened to the acronym 'TINA'.

The argument went that since bonds had such low yields, you were a mug not to buy stocks with every penny of your retirement funds.

But as of this week, that argument is no more. TINA is dead...

For the first time since 2008, 2Y US Treasury bond yields are greater than the dividend yield of the S&P 500... 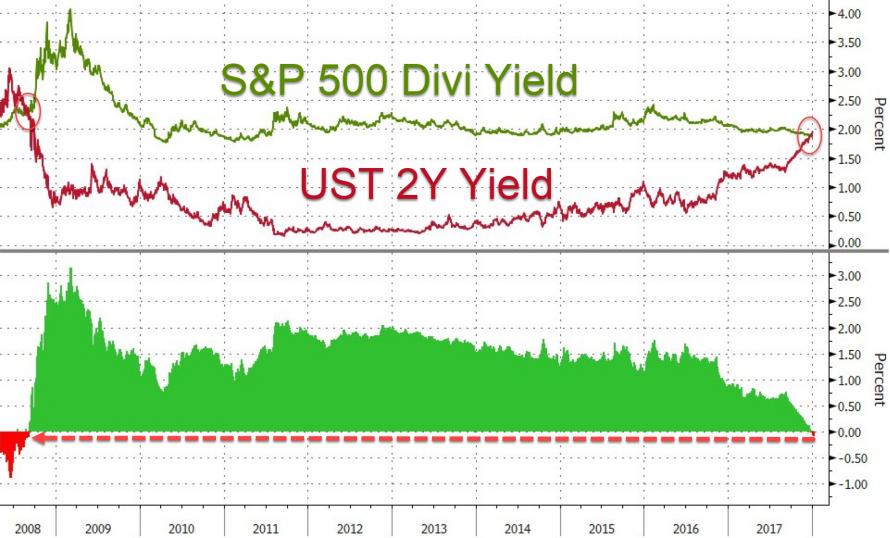 Of course, just as the TINA analogy triggered stocks fund managers to pitch their assets, so this latest swing in yields has brought back the bond managers with the same extremes...

“You should be moving all your assets and risk into shorter fixed-income because you’re getting paid for it.”

Perhaps the 'all-in' approach should be tempered a little.

“Right now, people are frozen at the stick with this one-way market. It’s hard to make a decision because every day you wait, equities go up again...

What would change that is if there’s an event that alters the risk profile of the credit or stock market. Then you’d see real flows as people make adjustments.”

Of course, there is something to be said for holding bonds, as PIMCO notes, bonds are different... and a lot less risky (but then again, with the constant propaganda being spewed by mainstream business media and White House alike, who can even remember when stocks were risky?) 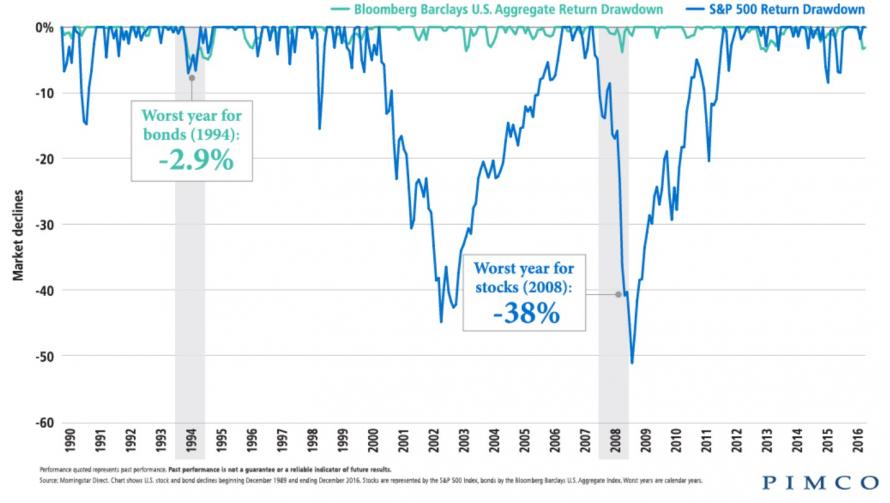 But as Bloomberg notes, any reallocation may only come after substantial pain in U.S. markets. But once it does, the shift in yield seeking behavior could exacerbate damage to equities or credit as demand for bond proxies evaporates, Paulsen said.

“It’s been reinforced for a pretty long that it’s a working strategy,” he said.

“It’s like anything -- if it’s outperformed for that long, there are most certainly too many people riding the train.”