Here's another chart that it's probably best not to show President Trump...

Having promised to 'make coal great again' and tweeted exuberantly about the reopening of mines in June...

President Trump's coal nation is facing a tough end to the year as U.S. coal production sank to an all-time low in the final week of 2017 as the Christmas holiday and bitter-cold temperatures added to the long-term trends pummeling the industry. 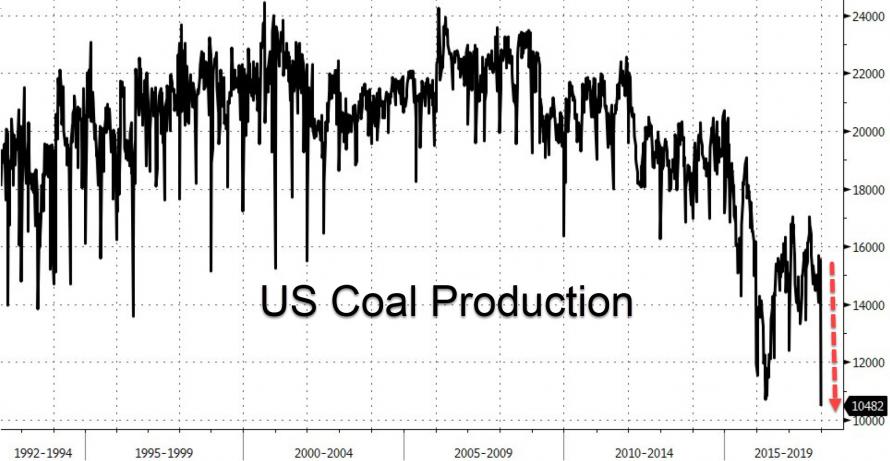 Miners extracted an estimated 10.5 million short tons of coal during the week ending Dec. 30, according to a report Thursday from the U.S. Energy Information Administration.

As Bloomberg notes, weekly coal production generally falls at the end of the year as rail and mining crews take time off, said Matt Preston, a North American coal analyst at Wood Mackenzie Ltd. But the drop-off was sharper than ever in 2017 as the industry continued to struggle to compete with natural gas and, to a lesser extent, wind and solar farms.