Venezuela Is Recruiting 'Miners' For Its Cryptocurrency

Authored by Tsvetana Paraskova via OilPrice.com,

Venezuela is moving ahead with plans to “overcome the financial blockade” by launching an oil-backed cryptocurrency known as Petro, and is now recruiting miners nationwide. 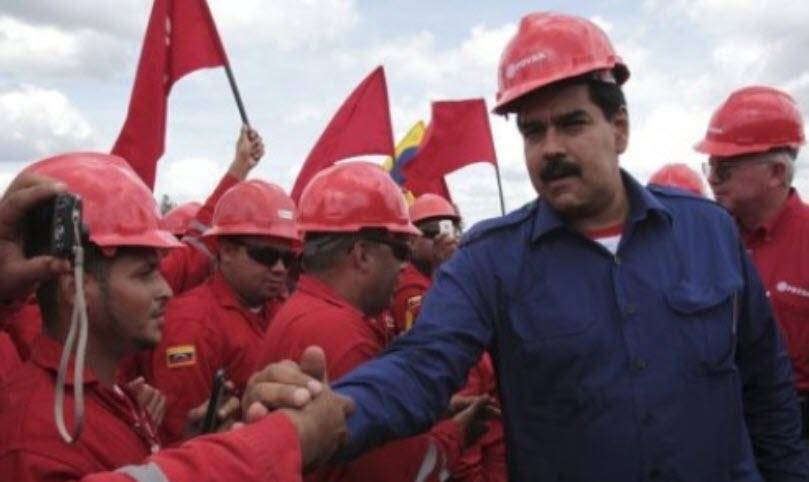 The Unique Registry of Digital Mining that Venezuela has created will be open until January 21, according to local newspaper El Impulso. Registration to the registry is a requirement for natural and legal persons to have access to Venezuela’s Petro cryptocurrency.

In early December, Venezuela’s President Nicolas Maduro shocked both analysts who follow the country’s flirting with default and the cryptocurrency community by announcing that Venezuela wanted to launch the petro cryptocurrency, backed by oil, diamonds, and gold reserves, to help the country to “advance in issues of monetary sovereignty, to make financial transactions and overcome the financial blockade.”

At the end of December, Venezuela’s Communications Minister Jorge Rodríguez said that the country was getting ready to launch within days its own digital currency - El Petro - which will be backed by more than 5.3 billion barrels of oil and support US$267 billion worth of financial instruments.

Earlier last week, Maduro said that the 5 billion barrels of oil reserves at the Ayacucho block 1 in Venezuela’s Orinoco Belt would back the cryptocurrency.

According to Maduro, as many as 860,800 young people have signed up to mine the Petro so far.

“We are going to call them a special cryptocurrency team…[They will] set up cryptocurrency mining farms in all states and municipalities of the country,” local media quoted Maduro as saying.

Venezuela also plans to use the Petro to pay suppliers and avoid imports delays because banks are delaying payments to scrutinize operations in the wake of the stricter U.S. sanctions, according to El Impulso.

The delays will end once the Petro is used for transactions, Minister Rodríguez said, adding that “It will be materially impossible for the dictatorial financial centers of the world to intervene against this initiative.”

Once can't help but wonder if this 'mining registry' is more nefarious - given Venezuela's massively subsidized electricity prices, is it a way to 'regulate' Bitcoin mining?