When we think of the term “millionaire”, it’s only natural for our thoughts to be skewed towards the famous business magnates that have amassed giant fortunes, like Jeff Bezos, Elon Musk, or Warren Buffett.

However, as Visual Capitalist's Jeff Desjardins notes, the reality is that those types of ultra high net worth individuals (UHNWIs) with fortunes above $30 million are a fairly rare commodity – and when it’s all said and done, they make up a very tiny percentage of the millionaire population as a whole.

The vast majority of millionaires (90.0%) globally have fortunes between $1 million and $5 million, and you’re probably not going to find many of them with a sprawling mansion or a new Rolls Royce in the garage.

In fact, most millionaires drive a Ford.

So where will you find all of the world’s millionaires?

They are most likely to be found in big cities – places where they can use and display their wealth. These are also the places where big opportunities tend to be found, so it’s no surprise to see millionaires cluster in world-class cities like New York, Hong Kong, London, Tokyo, or Singapore.

Regions below are sorted by the total millionaires in each city. Data comes from the Knight Frank 2017 report. 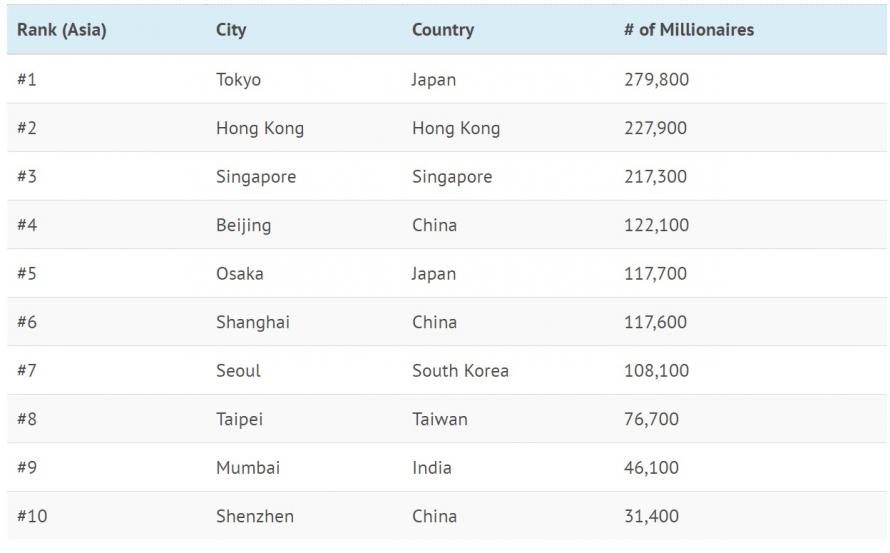 Tokyo, Hong Kong, and Singapore are the undisputed millionaire population capitals in Asia, but mainland China is coming up quick from behind.

Australia’s millionaire count has soared 85% over the last 10 years, thanks in part to red-hot property prices. 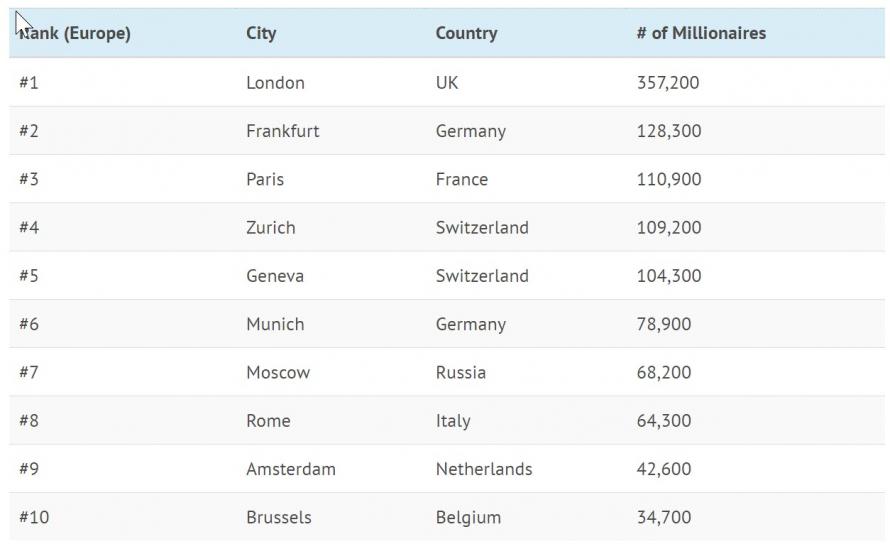 London is the millionaire capital for the world, with 357,200 of them.

Despite its relatively small size in comparison to the European heavyweights, Switzerland also has two cities in the top five: Geneva and Zurich.

TOP CITIES IN THE MIDDLE EAST 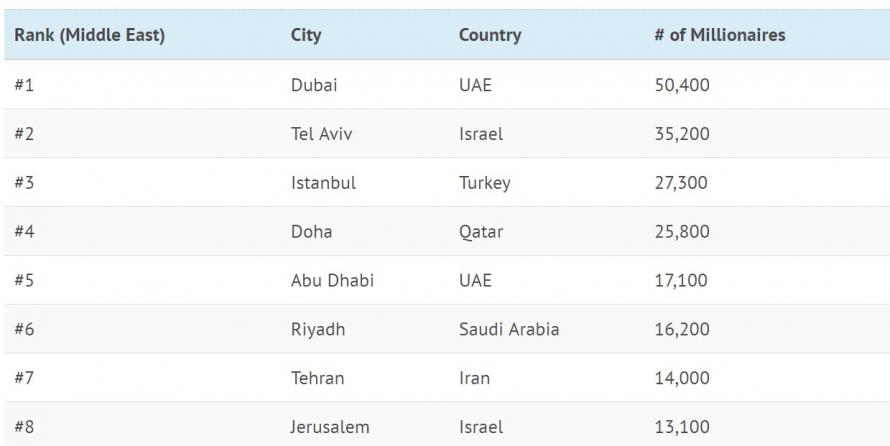 Not surprisingly, Dubai is the biggest destination for the ultra-rich to flock to in the Middle East.

Mexico City, and then the two big ones in Brazil (São Paulo and Rio), are where millionaires congregate in Latin America.

The U.S. has 4.3 million millionaires, and they are widely dispersed through the country.

The Knight Frank 2017 report lists five cities: NYC, Washington, D.C., San Francisco (incl. Bay Area), Los Angeles, and Miami – all of which, according to their calculations, have more than 30k millionaires.

Canada’s Toronto also has broken the six-digit barrier with over 100,000 millionaires. That puts the Big Smoke in pretty unique company, as only 17 cities globally can make such a claim.