Lies We Tell Ourselves

Seven of my soldiers are dead. Two committed suicide. Bombs got the others in Iraq and Afghanistan. One young man lost three limbs. Another is paralyzed. I entered West Point a couple of months before 9/11. Eight of my classmates died “over there.” 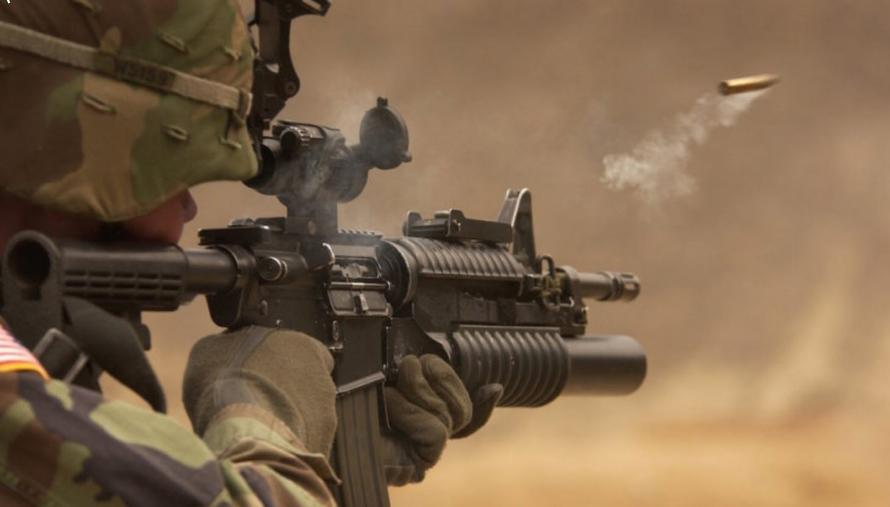 Military service, war, sacrifice - when I was 17, I felt sure this would bring me meaning, adulation, even glory. It went another way.

Sixteen years later, my generation of soldiers is still ensnared in an indecisive, unfulfilling series of losing wars: Afghanistan, Iraq, Syria, Libya, Yemen, Somalia, Niger—who even keeps count anymore? Sometimes, I allow myself to wonder what it’s all been for.

I find it hard to believe I’m the only one who sees it. Nonetheless, you hear few dissenting voices among the veterans of the “global war on terror.” See, soldiers are all “professionals” now, at least since Richard Nixon ditched the draft in 1973. Mostly the troops—especially the officers—uphold an unwritten code, speak in esoteric vernacular and hide behind a veil of reticence. It’s a camouflage wall as thick as the “blue line” of police silence. Maybe it’s necessary to keep the machine running. I used to believe that. Sometimes, though, we tell you lies. Don’t take it personally: We tell them to each other and ourselves as well.

1. Soldiers don’t fight (or die) for king, country or apple pie. They do it for each other, for teammates and friends. Think Henry V’s “band of brothers.” In that sense, the troops can never be said to die for nothing.

No disrespect to the fallen, but this framework is problematic and a slippery-slope formula for forever war. Imagine the dangerous inverse of this logic: If no soldiers’ lives can be wasted, no matter how unmerited or ill-advised the war, then the mere presence of U.S. “warriors” and deaths of American troopers justifies any war, all war. That’s intellectually lazy. Two things can, in fact, be true at once: American servicemen can die for no good reason and may well have fought hard and honorably with/for their mates. The one does not preclude the other.

Unfortunately, it seems Americans are in for (at least) three more years of this increasingly bellicose—and perilous—rhetoric. We saw it when Sean Spicer, President Trump’s former press secretary, had the gall to declare that questioning the success of a botched January raid in Yemen “does a disservice” to the Navy SEAL killed in the firefight. It got worse from there. Trump tweeted that a certain senator—Vietnam veteran John McCain, of all people—who talked about “the success or failure of the mission” to the media had “emboldened the enemy.” According to this fabled logic, Chief Petty Officer William “Ryan” Owens died for his brothers-in-arms, and thus to even ponder the “what-for” is tantamount to abetting the enemy.

2. We have to fight “them”—terrorists, Arabs, Muslims, whomever—“over there” so we don’t end up fighting them “over here.”

In fact, the opposite is likely true. Detailed State Department statistics demonstrate that international terrorist attacks numbered just 346 in 2001 (down from 426 in 2000), versus 11,072 worldwide in 2016. That’s a cool 3,100 percent increase. Sure, the vast majority of those attacks occurred overseas—mostly suffered by civilians across the Greater Middle East. Then again, even domestic attacks have risen since the U.S. launched its “war on terror.” In 2001, 219 “terror” attacks worldwide were considered by the Department of State to be “anti-US,” and only four of those occurred in North America (the homeland). In 2016, by way of contrast, 72 terrorist incidents took place in North America, and 61 of those were in the United States alone.

Consider the data another way: From 1996 to 2000 (pre-9/11), an average of 5.6 people were killed annually in terror attacks within the United States. Now fast-forward 15 years. From 2012 to 2016, an average of 32.2 people died at the hands of terrorists here in the U.S. Since 2001, lethal attacks on the homeland and/or U.S. interests haven’t decreased. Quite the reverse: Such incidents have only proliferated. Something isn’t working.

That’s still a remarkably small number, mind you, about the same chance as death by lightning strike. Furthermore, from 2005 to 2015, 66 percent of terrorism fatalities in the U.S. were not perpetrated by Islamist groups. Besides, domestic mass shootings (in this case defined as four or more victims killed or wounded in a single event) are far more dangerous, with 1,072 incidents from 2013 to 2015. No doubt we’d hear more about these attacks if the culprits were a bit browner and named Ali or Abdullah.

It appears that U.S. military action may even be making matters worse. Take Africa, for instance. Prior to 9/11, few American troops patrolled the continent, and there were few recognized anti-U.S. threat groups in the region. Nonetheless, President George W. Bush (and later Barack Obama) soon sent more and more U.S. special operators to “advise and assist” across Africa. By 2017, al-Qaida and Islamic State-linked factions had multiplied and were now killing American troops.

It all appears rather counterproductive. For one final example, let us look at Yemen, just across the Red Sea from turbulent Africa. The U.S.-backed Saudi terror bombings on Yemeni civilians is doing more than just killing tens of thousands, spreading cholera and causing famine. That’s bad enough. It turns out that by helping Saudi Arabia pummel Yemen into the Stone Age, the U.S.-backed coalition is diminishing state control over broad swaths of the country and empowering al-Qaida in the Arabian Peninsula—which now holds sway in much of eastern Yemen.

Let’s review: The threat from terrorism is minuscule, is not even majority “Islamic,” pales in comparison with domestic mass shooting deaths and has not measurably decreased since 9/11. Remind me again how fighting “them there” saves soldiers from having to fight “them here?”

3. Americans are obliged to honor the troops. They fight for your freedom. Actively opposing the war(s) dishonors their sacrifice.

This is simply illogical and another surefire way to justify perpetual war. Like the recent NFL national anthem debate, such rhetoric serves mostly as a distraction. First off, it’s abstract and absurd to argue that U.S. troops engaged in the sprawling “war on terror” are dying to secure American freedom. After all, these are wars of choice, “away-games” conducted offensively in distant lands, with dubious allies and motives. Furthermore, all this fighting, killing and dying receives scant public debate and is legally “sanctioned” by a 16-year-old congressional authorization.

All this “don’t dishonor the troops” nonsense is as old as war itself. These sorts of “stab-in-the-back” myths were heard in Weimar Germany after World War I and in post-Vietnam America. You know the shtick: The soldiers could’ve won, should’ve won, if only they hadn’t been stabbed in the back by politicians, and so on. Let’s not forget, however, that the First Amendment—for those who bother to read it—sanctifies the citizenry’s right to dissent. Furthermore, the Constitution purposefully divides responsibility for war-making among the separate branches of government. Those who claim peaceful protest dishonors or undermines “the soldiers” don’t want an engaged populace. These folks prefer obedient automatons, replete with “thanks for your service” platitudes and yellow ribbons plastered on car bumpers. As far for me, I’ll take an engaged, thoughtful electorate over free Veterans Day meals at the local Texas Roadhouse any day.

The half-truths, comfortable fictions and outright lies are more than a little dangerous. They are affecting the next generation of young Americans. For instance, a full decade and two wars after I graduated, I taught history at West Point. Best job I ever had. My first crop of freshman cadets will graduate in May. They’re impressive young men and women. They’re mostly believers (for that, I envy them), ready to kick ass and wipe the floor with Islamic State—or Islamic State 2.0—or whomever. No one really tells them of the quagmires and disappointments that lie ahead. A few of us try, but we’re the outliers. Most cadets are unreachable. It has always been this way.

Truthfully, I surmise, it wouldn’t matter anyway. A surprising number of the cadets want to end up like me and so many others: disenchanted, lost and broken. There’s a romance to it. I felt the tug once, too. Some of my students will excel, and 10 years from now, they’ll come back to West Point and mentor cadets en route to the same ugly places, the same never-ending wars. Those kids, mind you, will have been born a decade after 9/11. Thinking on this near certainty, I want to throw up. But make no mistake: It will be so.

A system of this sort—one that produces and exalts generations of hopeless soldiers—requires millions of individual lies and necessitates discarding inconvenient truths. Only maybe, just maybe, it’s all rather simple. Perhaps we’re just pawns, duped in a very old game. Maybe soldiers’ sacrifices offer nothing of any real value. Nothing, that is, besides a painful warning: Trust not your own policymakers, your leaders or even the public. They’ll let you down every time.

Maj. Danny Sjursen, a Truthdig regular contributor, is a U.S. Army officer and former history instructor at West Point. He served tours with reconnaissance units in Iraq and Afghanistan. He has written a memoir and critical analysis of the Iraq War, "Ghost Riders of Baghdad: Soldiers, Civilians, and the Myth of the Surge."