“Record cold temperatures continue to blanket the northeastern U.S. this weekend along with gusty winds. This combination is leading to wind chills well below zero across much of the region, making it difficult to even go outside. This cold will not only be dangerous for people’s health, but will also increase the risk for pipes to freeze along with other infrastructural problems. People need to dress in layers to guard against frost bite if outside for any amount of extended time. This brutal stretch of winter weather will last into Sunday before abating into next week,” said Ed Vallee, a meteorologist at Vallee Weather Consulting LLC.

A blast of Arctic air from Canada, Greenland, and Siberia has descended onto the Northeast through the weekend plunging temperatures and wind chills to dangerously cold levels in the wake of the “bomb cyclone” that exploded over the East Coast last week. 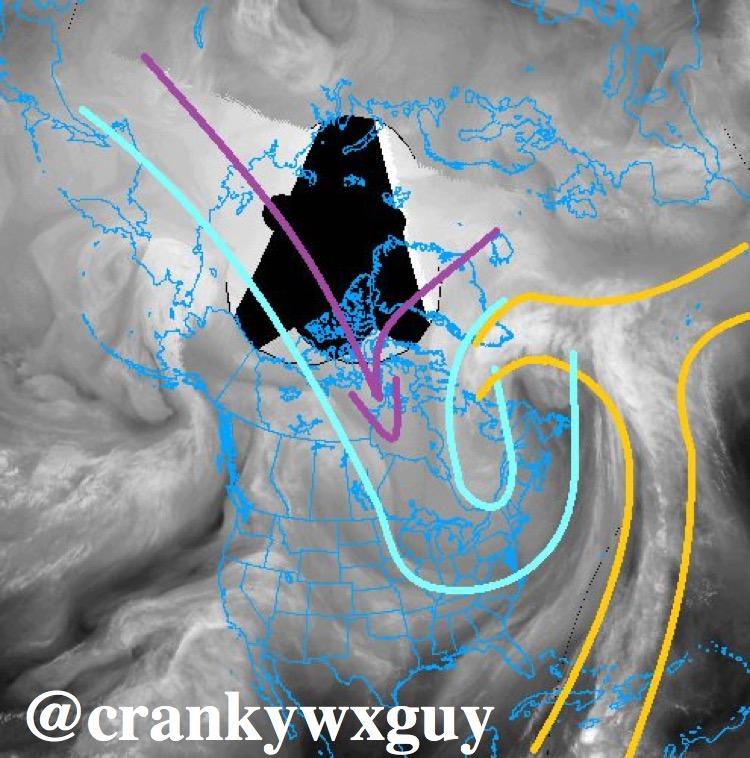 The National Weather Service (NWS) has issued wind chill advisories and warnings for much of the Northeast through the weekend. 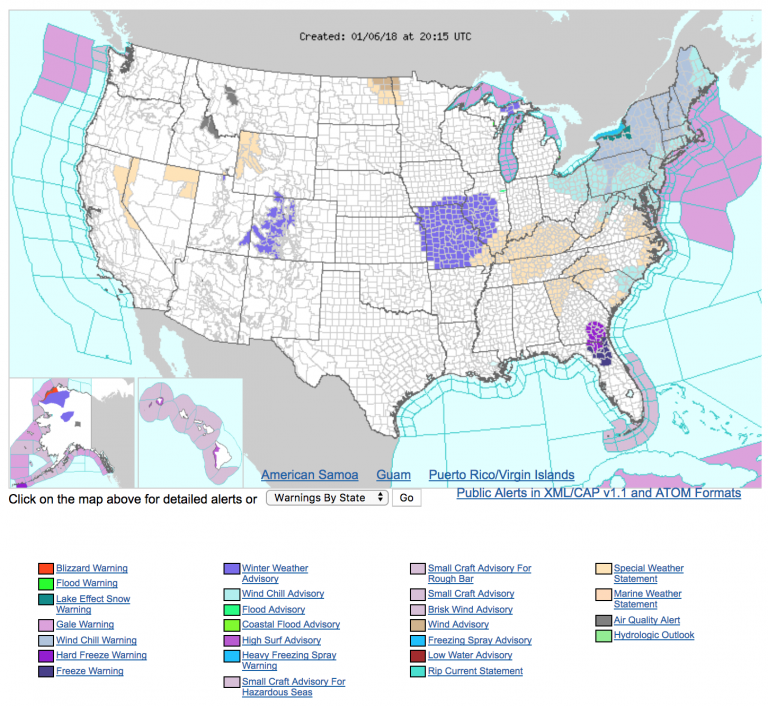 Wind chill advisories and warnings are in effect until Sunday morning rendering most of the Northeast hazardous to human health. In some parts, wind chill values may decline to 45 degrees below zero, which can cause frostbite to exposed skin in under 10 minutes. 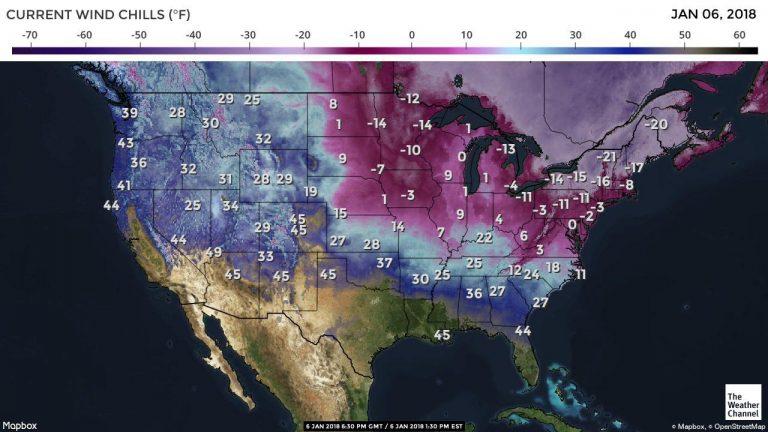 Ed Vallee warns the “cold is not just in the Northeast. Record lows expected from Bangor, Maine to Charleston, SC tonight!” 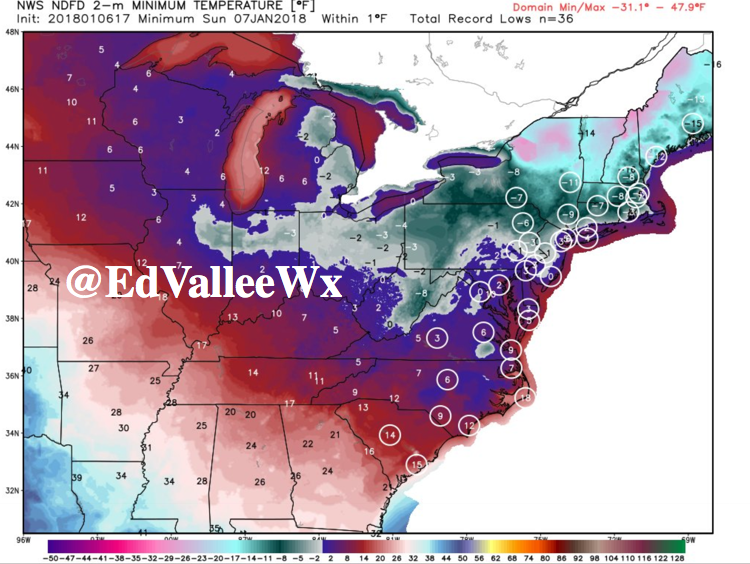 He further expects, “more record lows tonight from Portland all the way down the I-95 corridor to DC. Impressive as we approach the coldest point in the winter season!” 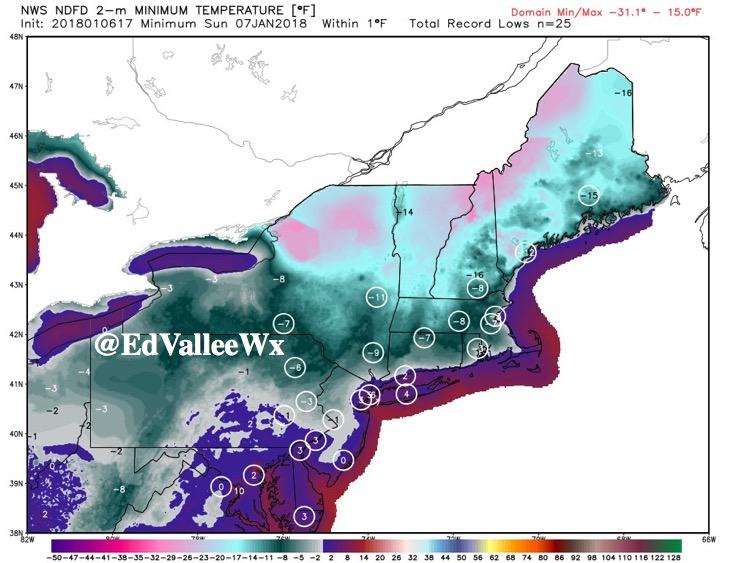 Early next week, another system has a high probability of blanketing the Northeast with a mix of snow, sleet, ice, and rain. As of Saturday, the system is tracking eastward into the Rockies and moving into the Central U.S. on Sunday. 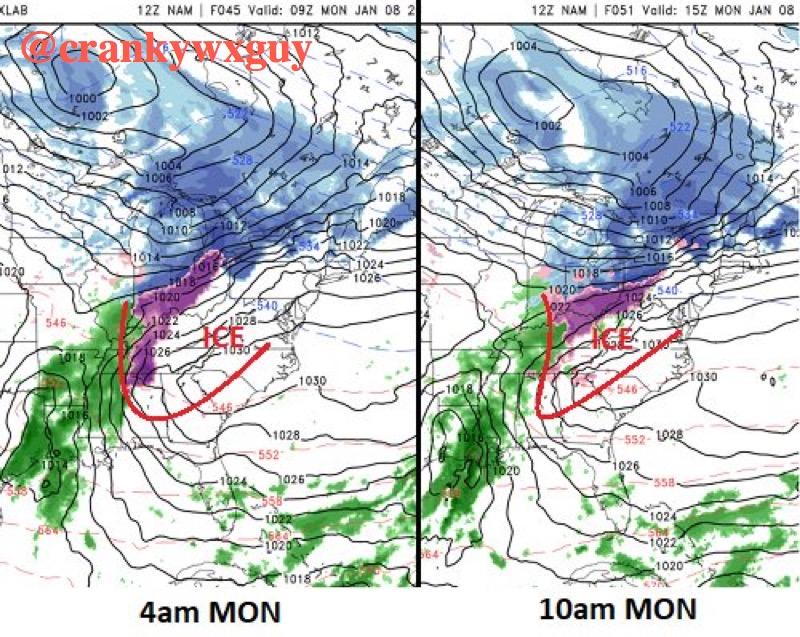 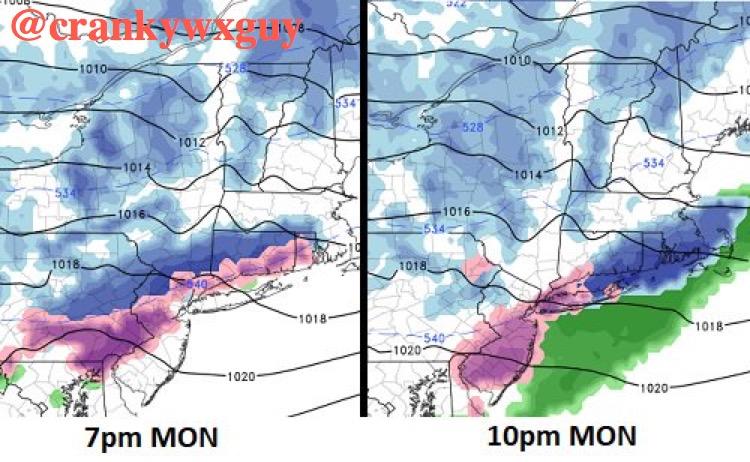 The Weather Channel forecasts the next round of wintry precipitation to hit the Northeast on Sunday night and continue into early next week, 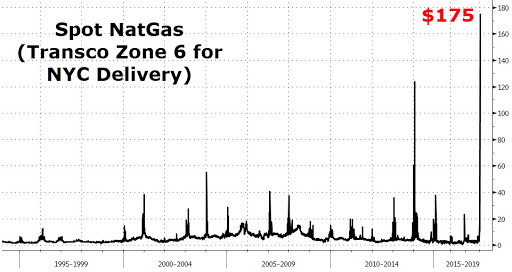 "This string of cold has stressed the market just as much as the polar vortex of 2014," Borruso told Bloomberg “You are seeing pipeline restrictions and flow restrictions pop up.”

Ed Vallee, a meteorologist at Vallee Weather Consulting LLC, is forecasting a warmer second half of January, which could fade NatGas demand and lead to a reversal in price from the recent price surge.

The recent cold weather sparked increased natural gas consumption particularly in the Northeast this past week. However, we are eyeing a warming trend later next week, with a potentially more substantial warmer risk between the 15th and the 20th of the month. We are beginning to see the market take this bearish weather outlook into consideration given how we closed out last week’s trading. How long this warmer regime lasts remains a bit uncertain, but some data points to some colder risks returning toward the end of the month.

Bespoke Weather’s most recent energy report also confirmed Vallee’s bearish thesis on NatGas through the end of the month. Full report below: 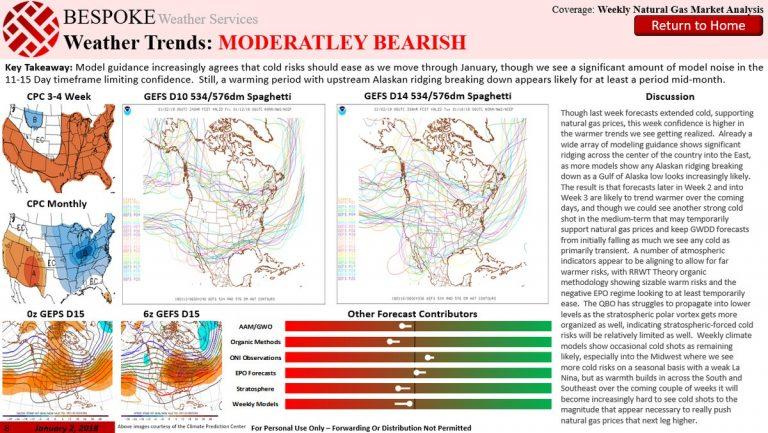 And lastly, @crankywxguy‘s weather outlook for the rest of January through early February. Could the cold snap return in early February?

Meanwhile, as we wait for the next blast of frigid cold air, America's next flu epidemic has arrived.

GEEZ! I only see 3 of the lower 48 states without "widespread" flu reported by the CDC. You know the drill... WASH YOUR HANDS.... #ARWX pic.twitter.com/hzR87pcTEL