Former Milwaukee County Sheriff David Clarke Jr. will face the long arm of the law stemming from a January 15, 2017 incident in which Clarke allegedly ordered six sheriff's deputies to take airplane passenger Daniel Black aside for interrogation after Black reportedly shot Clarke a disapproving look on the flight. 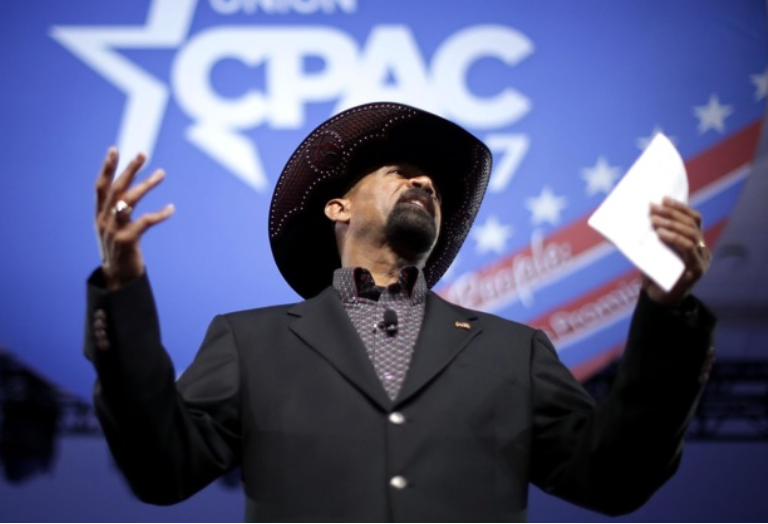 Black asked if Clarke was the notorious sheriff, which Clarke explained he was. Black moved towards the back of the plane shaking his head. Clarke asked Black if he had a problem and Black shook his head no. There was no further interaction on the plane. But after the two came off the plane, Black was taken into custody by six deputies waiting at the gate for him. -RawStory

While federal prosecutors in the Eastern District of Wisconsin dropped the case due to "insufficient proof," Black has filed a civil suit against Clarke for calling him a "snowflake" on Facebook, along with several posts by the Milwaukee County Sheriff's Office social media accounts. Several of the charges were thrown out by a Judge on Friday, however it was decided that Clarke should face trial over whether or not his Social Media posts at the time were threats or retaliation against Black.

In a Facebook post after the incident, Clarke said "Next time he or anyone else pulls this stunt on a plane they may get knocked out. The Sheriff said he does not have to wait for some goof to assault him. He reserves the reasonable right to pre-empt a possible assault." 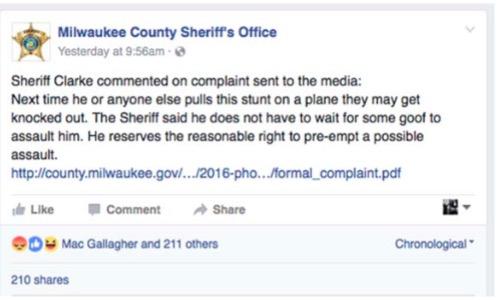 The account then posted "Sheriff Clarke regrets that he cannot attend this juvenile, leftist, anti-cop tantrum. He is pleased that he has their attention however." 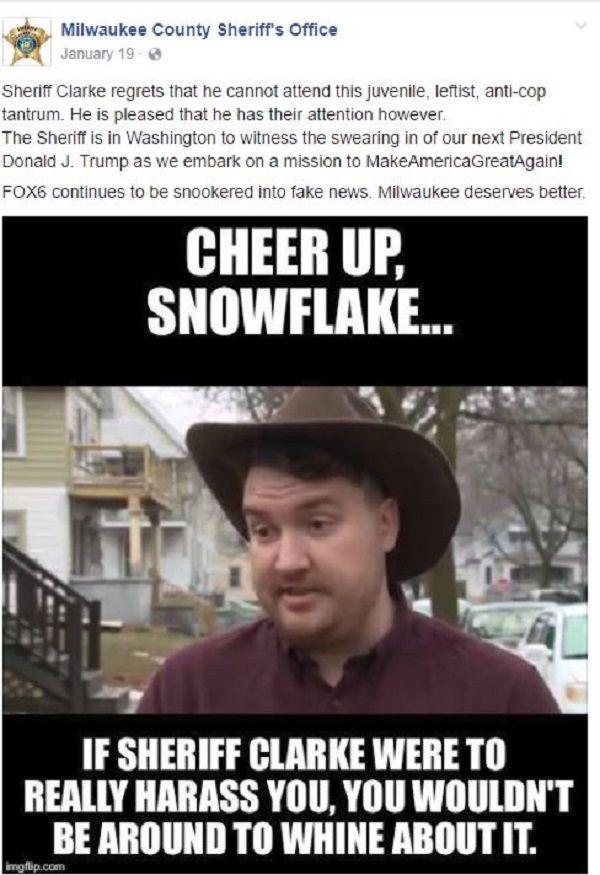 According to a court filing, the FBI received a packet of reports from the Forensic Audit Manager for the Milwaukee County Office of the Comptroller with Black's complaint. The Milwaukee investigator concluded, in part "Clarke used his official position as Sheriff of Milwaukee County in excess of his lawful authority to direct his deputies to stop and question Black without legal justification." 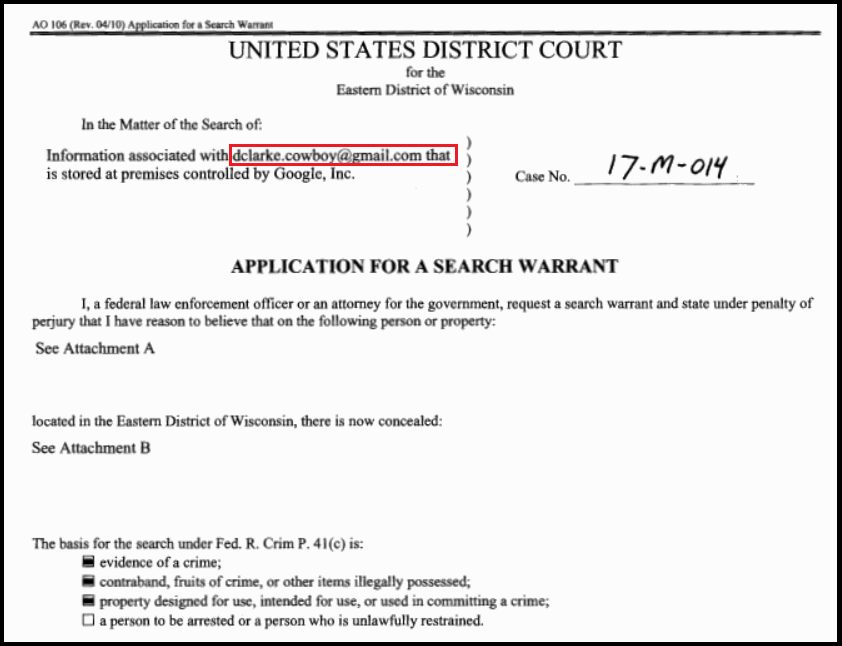 After several media outlets reported on the incident, Clarke lashed out - tweeting "When LYING LIB MEDIA makes up FAKE NEWS to smear me, the ANTIDOTE is go right at them. Punch them in the nose & MAKE THEM TASTE THEIR OWN BLOOD," along with several other angry tweets. 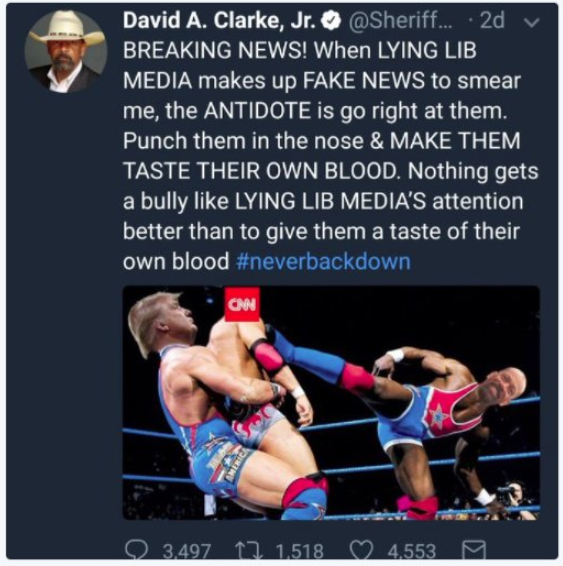 Clarke also tweeted a photo of a letter from the Department of Justice with their decision not to prosecute, saying "Lib media did a drive-by hit job on me today with a FAKE NEWS STORY that I am under investigation by the FBI. It s a LIE. Last MAY the US Atty s office found NO EVIDENCE of wrongdoing for doing police work. Lying Lib media took a story from LAST MAY & reports this today as new."

Lib media did a drive-by hit job on me today with a FAKE NEWS STORY that I am under investigation by the FBI. It s a LIE. Last MAY the US Atty s office found NO EVIDENCE of wrongdoing for doing police work. Lying Lib media took a story from LAST MAY & reports this today as new. pic.twitter.com/ijyWp1IEW5

That said, Clarke still has to find out how a Wisconsin jury feels about the Sheriff "cyberbullying" a "snowflake."