Why For Stock Markets Bulls, Monday Could Be "The Most Important Day"

The holiday-shortened first week of 2018 was the best start to a year for Nasdaq since 2004 with all major indices up every trading day of the year so far. 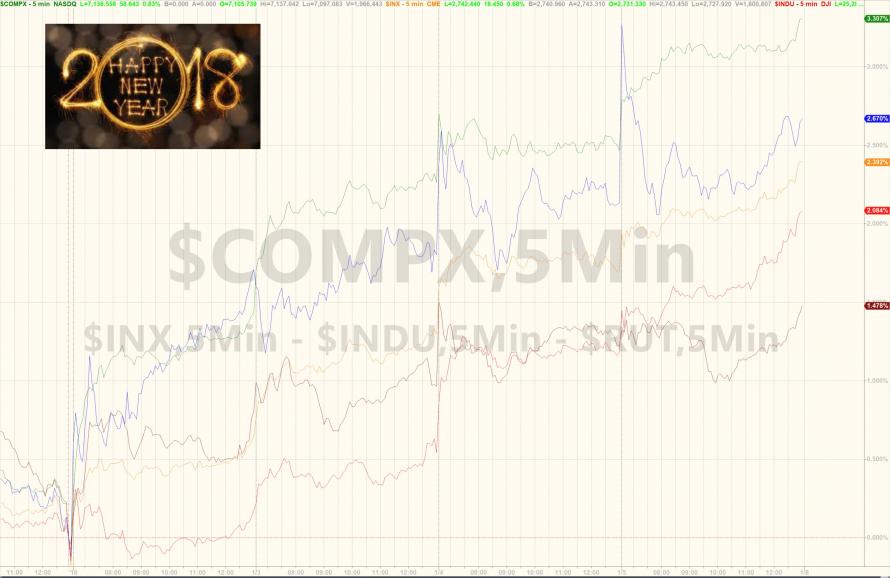 Between the last week of December and the first week in January, Bloomberg reports that the S&P 500 has reversed direction every year since 2011. 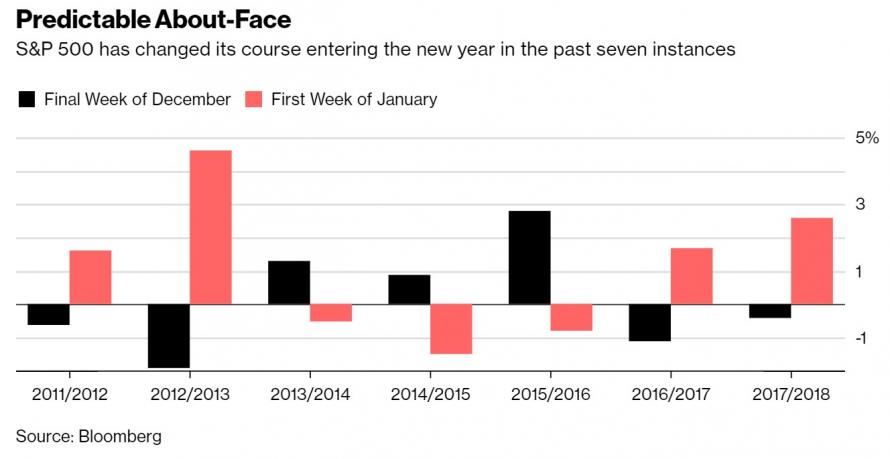 A possible explanation is the expiration of government policies on Dec. 31.

So, as Detrick concludes, "if you are bullish, Monday is a big day."

“This doesn’t mean the index will go straight up from here, but the economic fundamentals are strong enough to support the stocks,” said Phil Orlando, chief equity strategist at Federated Investors.

“Corporate earnings growth has been solid in the last nine months, we expect another double-digits in the fourth quarter. The party is going to continue.”

After setting so many different records last year, SentimentTrader.com's Jason Goepfert  expects 2018 to score even more.

Among them, the major indexes haven’t been more than 5% from a 52-week high for nearly 400 days (more than 450 days if we exclude a single day last June).

There were 3 other time periods that matched what we’re seeing now, and after each of them, the S&P 500 declined more than 7% over a period of 30-40 days.

As Bloomberg concludes, long momentum, a strategy that returned the most since 1999 last year, rose the most in more than two years this week.

“It feels like the late phase of a bull market in which investors are capitulating on their reluctance, and joining the party because they cannot identify any downward catalysts,” said Matthew Litfin, portfolio manager of the Columbia Acorn Fund at Columbia Threadneedle Investments.

“Instead, investors now see lower corporate taxes ahead, global economic growth accelerating, and valuation on ‘post-tax-reform earnings’ that is palatable.”

And remember, Gary Cohn and David Tepper both told you that stocks are not expensive... 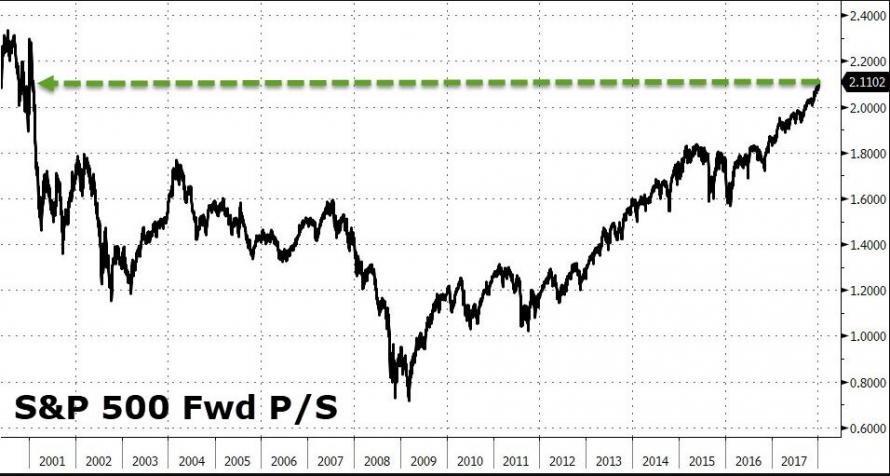 Nope, nothing to see here.

I think we are actually at a point of encouraging risk-taking, and that should give us pause. Investors really do understand now that we will be there to prevent serious losses. It is not that it is easy for them to make money but that they have every incentive to take more risk, and they are doing so. Meanwhile, we look like we are blowing a fixed-income duration bubble right across the credit spectrum that will result in big losses when rates come up down the road. You can almost say that that is our strategy.