In a move that will certainly not end well for investors, the New York Stock Exchange has asked the SEC to approve five ETFs including 2x leveraged and inverse flavors, linked to Bitcoin futures - which launched in December on the CME amd Cboe, according to a Thursday filing, which is in line with what we said mentioned in August, "we suspect a Bitcoin Futures ETF may actually occur before a Bitcoin ETF."

The five "derivative of derivative" funds are as follows:

The target Bitcoin benchmark will be calculated as the last sale price published by the CME or CBOE on or before 11:00 a.m. EST, and "should not be expected to track the performance of the target bencvhmark for any period longer than one business day."

Additionally, while each Fund will seek daily correlation to the target benchmark, it should not be expected to track dollar for dollar the spot price of bitcoin because the Fund will invest in Bitcoin Futures Contracts rather than directly in bitcoin, and the spot price movements of bitcoin may not correspond directly to price movements of the Bitcoin Futures Contracts

This means that a 1 percent gain in the price of bitcoin futures would result in a gain of between 1.25% and 2% for the bulish funds, and a 1-2% loss on bear shares, although due to the theta associated with the inherent leverage, the securities will ultimately see their value evaporate over time.

Of course, as the filing explicitly warns, "the funds are not intended for long-term investing." Which means hang on to your hats as the world's most volatile asset (besides electricity) becomes even more volatile.

While no official tickers have been proposed, some have already floated suggestions:

Assuming SEC approval, the five new ETFs will trade on the NYSE's Arca, a secondary marketplace. The exchange said the products would "enhance competition among market participants, to the benefit of investors and the marketplace," according to Business Insider.

This filing by the NYSE is the latest indication that Wall Street (*cough* Jamie Dimon) is coming to grips with the fact that they can't simply wish Bitcoin out of existence.

In June, the CTFC approved Bitcoin options, issuing a license to LedgerX allowing it to create the first swap-execution facility for the clearing and settlement of bitcoin options, a decision that will likely attract more traditional hedge funds and CTAs to trade crypto.

Things have changed. My odds of Bitcoin ETF approval within 18 months are WAY up.

In September, we reported that JP Morgan was buying Bitcoin ETFs in Europe on behalf of clients, using the Nasdaq's Bitcoin "Tracker One" ETN launched in 2015 - despite CEO Jamie Dimon calling it "a fraud" for stupid people, such as his daughter.

"It's a fraud. It's making stupid people, such as my daughter, feel like they're geniuses. It's going to get somebody killed. I'll fire anyone who touches it." 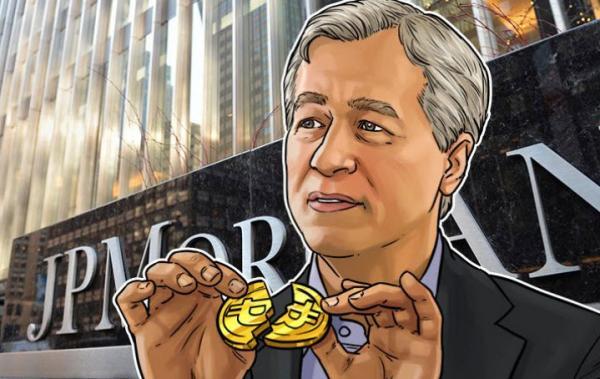 Then in November, French asset manager Tobam created the first bitcoin-linked mutual fund, "an unregulated Alternative Investment Fund," described as "the first of its kind in Europe" to allow qualified and institutional investors wanting to gain an exposure to the cryptocurrency to benefit from TOBAMs top-of-the league research and IT systems to track the value of investing in the Bitcoin.

Silicon Valley has been gearing up for Bitcoin as well, with companies such as Twitter founder Jack Dorsey's credit card processing venture, Square, announced that they were exploring adding Bitcoin  to their platform - causing the cryptocurrency to surge in response.

...Weve found that [customers] are interested in using the Cash App to buy Bitcoin, the company said in a statement.

We're exploring how Square can make this experience faster and easier, and have rolled out this feature to a small number of Cash App customers. We believe cryptocurrency can greatly impact the ability of individuals to participate in the global financial system and we're excited to learn more here.

Last month, Craigslist also got in on the normalization of cryptocurrencies, adding the ability for sellers to advertise the fact that they accept digital currency:

For more than 15 years, APMEX has been an industry leader and along the way has adapted to the growing needs of our customer base. As bitcoin becomes more popular and widely accepted as payment, we are thrilled to welcome the use of this cryptocurrency for buying Gold, Silver and other Precious Metals by integrating BitPay into our website.

Given what appears to be an unstoppable attraction to the Blockchain, Wall Street's eventual acceptance of cryptocurrencies was a foregone conclusion, despite even Jamie Dimon's opinion. Meanwhile, traders are firing up their engines as the market cap of the cryptocurrency space hits new all time highs every single day.