As we reported recently, in what was officially a noble attempt to eliminate online hate speech in social media, and unofficially a devious crackdown on free speech, on January 1, 2018, Germany passed a law that forces websites to censor content deemed illegal under the new law and have it deleted within 24-hours. Ironically, as we observed last week, just hours after the law's passage it immediately backfired when it claimed its first victim, a German satirical magazine’s Twitter account which "parodied anti-Muslim comment."

Incidentally, this perfectly predictable if "totally unexpected" outcome is exactly what we, and many others had warned would happen. And now, it is finally dawning on Germany that any time the government gets involved in defining what is allowed and what isn't - especially when it comes to that most fundamental of liberties, free speech - the result is always a disaster.

According to Germany's top-selling, and most popular newspaper, Bild, the new German law meant to curtail online hate speech is "stifling free speech and making martyrs out of anti-immigrant politicians whose posts are deleted."

The law which took effect on Jan. 1 can impose fines of up to 50 million euros ($60 million) on sites that fail to remove hate speech promptly and threatens the profitability  of such social media giants as Twitter and Facebook.

"Please spare us the thought police!" read the headline in Wednesday's Bild above an article that called the law a "sin" against freedom of opinion enshrined in Germany's constitution, Reuters reported. 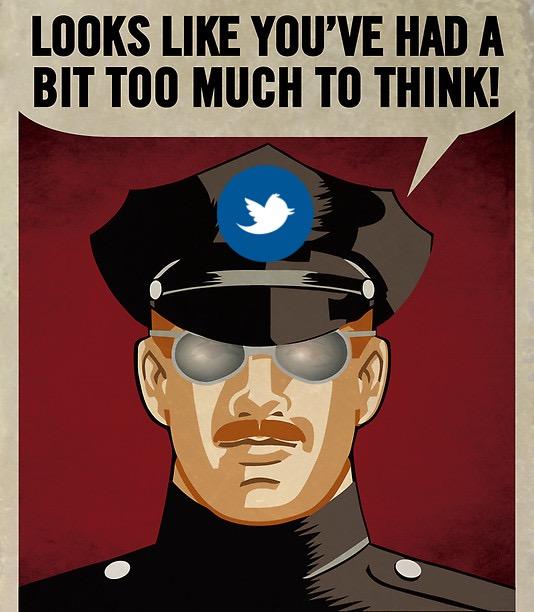 While the law requires social media sites to delete or block obviously criminal content within 24 hours, Bild Editor-in-Chief Julian Reichelt said it could be applied against anything and anyone since there was no definition of what was "manifestly unlawful" in most cases.

Intended to prevent radical groups from gaining influence, "it was having precisely the opposite effect," he warned.

"The law against online hate speech failed on its very first day. It should be abolished immediately," Reichelt wrote, adding that the law was turning AfD politicians into "opinion martyrs".

Two examples where the German law was already applied, included tweets deleted by AfD lawmaker Beatrix von Storch criticising police for tweeting in Arabic, saying they had sought "to appease the barbaric, Muslim, rapist hordes of men". Police have since asked prosecutors to investigate her for possible incitement to hatred. 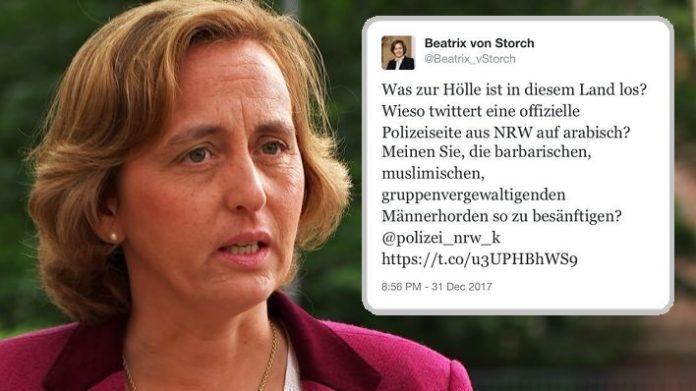 There was also deleted tweet by another AfD member of parliament, Jens Maier, called Noah Becker - the son of former tennis champion Boris Becker - a "half-nigger".

In response to the criticism, Germany's Justice Minister Heiko Maas defended the law, telling Bild that freedom of opinion did not mean carte blanche to spread criminal content on the internet.

Germany is no stranger to limiting free speech: the country has some of the world's toughest laws on defamation, incitement to commit crimes and threats of violence, with prison sentences for Holocaust denial or inciting hatred against minorities.

Maas said social networks needed to stick to the law like everyone else, adding: "Those who care about protecting freedom of opinion can't just look on as criminal incitement and threats inhibit the open exchange of views."

And so, the government refuses to back down even as the rest of Germany realizes what a profound chilling effect the new law will have on online speech everywhere. Once the lawsuits start flying and the social networks are punished a few hundred million, it will only embolden the critics, who will then lash out again "anything and anyone" because, as the Bild editor correctly noted, "there is no definition of what was manifestly unlawful." Incidentally, this inexplicably broad definition, one which puts any content creator immediately on the defensive, is precisely what the government intended.