A nuclear bunker for China’s top leadership, their subordinates, troops and staff is built within the world’s most deeply buried limestone karst caves that extend more than 2km underground, beneath an unusually thick, hard layer of rock, a geological survey has found. 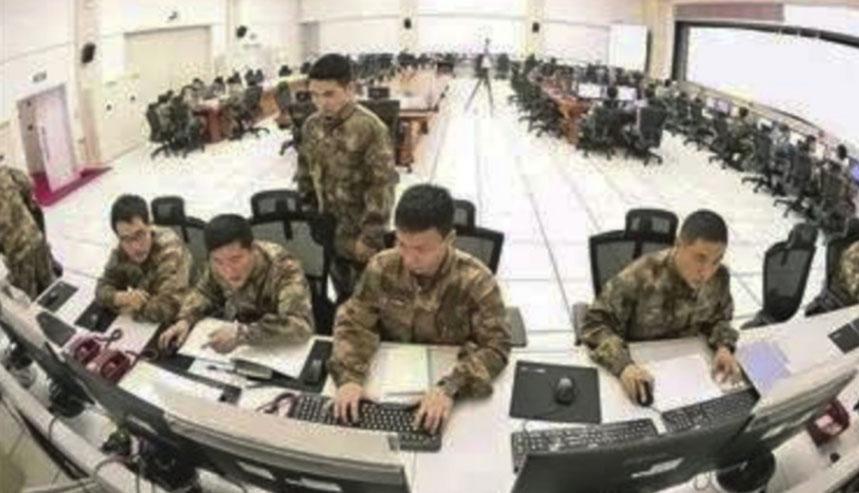 In a fascinating report detailing how China's top political echelon is preparing for doomsday, the South China Morning Post sheds light  on Beijing’s nuclear bunker located under a national park about 20km northwest of the central government’s headquarters in downtown Beijing, the fallout shelter is situated amid a network of caves that has space for a small city and a stable supply of drinking water for a million people, according to the government-funded study.

The bunker is part of the Central Military Commission’s Joint Battle Command Centre, which was revealed to the world in 2016 when state media reported that President Xi Jinping, dressed in fatigues, had visited the facility. It is not known when either the command centre or the bunker was built but according to state media reports, work began on them decades ago and they have had major upgrades in recent years. 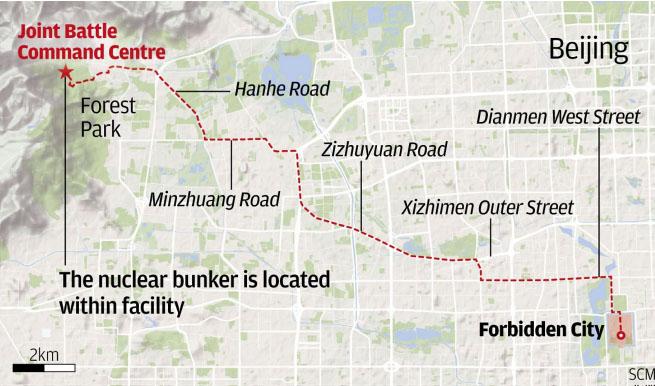 The command centre is referred to as the “brain” of the People’s Liberation Army because it is where all military decisions are made. Its daily operations include analysing military intelligence, monitoring activities across China’s five “battle zones” and issuing orders to military operations at home and abroad, according to state media reports.

The main entrance to the facility is located in the Western Hills National Forest Park – so in the event of a serious threat such as a nuclear strike, China’s top leaders would not have far to go from their Zhongnanhai headquarters near the Forbidden City, and the government could continue functioning from the bunker. 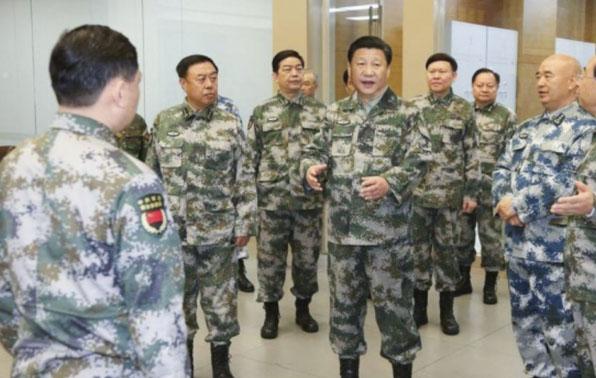 China is not the only country with a nuclear bunker for its top leaders. Governments of major powers built similar bunkers during the cold war era, and while several have since been abandoned or opened to tourists, some are still used for defense purposes.

Several fallout shelters are believed to have been built across China since the 1950s, but their exact locations are classified. These doomsday shelters are usually built under hard-rock mountains that can withstand powerful blasts. They are designed to be used independently for long periods without external supplies, and have sophisticated ventilation systems to filter out radioactive pollutants produced by atomic bombs.

Some shelters can be as large and complex as a small city, with sophisticated communication systems, tunnels wide enough for planes and tanks, and capacity to house more than 1,000 people. Famous examples of large-scale bunkers include the Raven Rock Mountain Complex run by the US military in Pennsylvania and the North American Aerospace Defence Command, part of which is under the Cheyenne Mountain in Colorado. 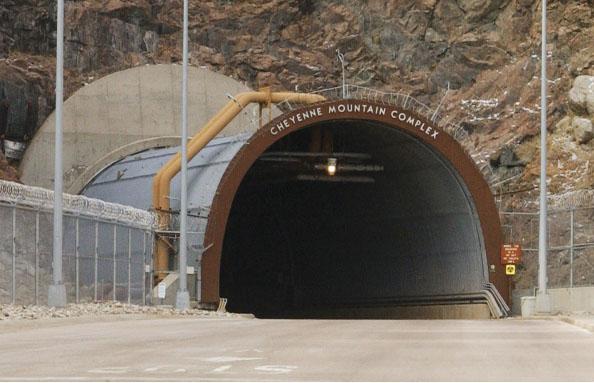 Part of the North American Aerospace Defence Command is under the
Cheyenne Mountain in Colorado. Photo: Norad.mil

Compared with Raven Rock and Cheyenne, Beijing’s Western Hills – known as Xishan in Mandarin – has some unique advantages as a location for a nuclear bunker, according to a team of geologists who have studied the site. Qin Dajun, associate researcher with the Chinese Academy of Sciences’ Institute of Geology and Geophysics, said they had found karst caves buried more than 2km underground in the Western Hills. This puts them on a par with the Krubera – the world’s deepest-known cave with a depth of about 2,200 metres – in Georgia.

While most karst caves, including the Krubera, are directly exposed to or located near the surface, those in the Western Hills are buried deep beneath an immensely thick and hard layer of rock, Qin said.

Karst caves are made from limestone that has been eroded by water over millions of years. In the Western Hills, these karst caves lie under a layer of rock that includes granite, one of nature’s hardest materials, with an average thickness of 1,000 metres.

“To our knowledge, these are the most deeply buried caves in the world,” the researcher said.

While it is not known how deep beneath the Western Hills the fallout shelter is situated, nuclear experts say a bunker needs a buffer of rock that is more than 100 metres thick if it is to withstand a nuclear strike.

Qin, who is the lead scientist on a government-funded project to study underground watercourses in the Western Hills, said one purpose of the project was to investigate whether the command centre would run out of water in a doomsday scenario.

Beijing’s groundwater levels have dropped by more than a metre every year since the 1990s because wells were being overpumped to meet the demands of the city’s booming population, he said.

It was believed some groundwater reserves had little or no recharge – the process of water moving downwards from the surface. “[We thought] these reserves were like mines being depleted – the more the taps were turned on, the less water remained,” Qin said.

But the study findings suggest the risk of a water crisis is lower than previously thought.

An analysis of the composition of trace elements found in samples collected from wells across the Western Hills showed that up to 90 per cent of the area’s groundwater came relatively fresh from the surface – meaning it is being resupplied by rain, snow, rivers and lakes. Part of the research was recently published in the journal Hydrological Processes.

The study also identified three major source areas that are recharging the underground watercourses, and several fault lines allowing the water to accumulate.

Qin said at the current levels, the reserves in the area could meet the water needs of more than a million people – and they could remain stable or rise in the future as Beijing channelled water from the Yangtze River in the south, reducing the need to pump local groundwater. 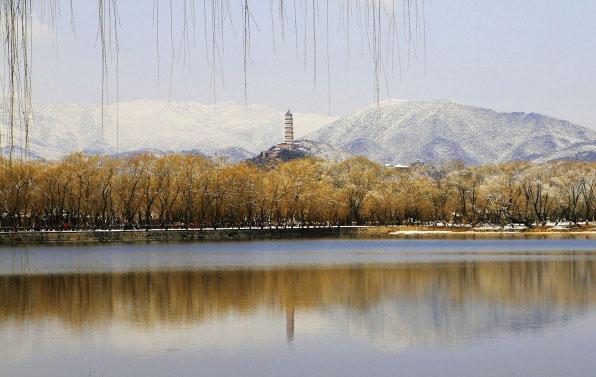 The main entrance to the underground facility is in the Western Hills
National Forest Park. Photo: Handout

But Liu Yong, a nuclear scientist at the University of South China in Hengyang, Hunan province, said in the event of a nuclear attack, the deadly fallout would remain in water and soil much longer than in the air. Radioactive particles could enter underground lakes or rivers, meaning water would need to be treated before it could be used, he said.

“China has developed cutting-edge technology and equipment for exactly this purpose – it’s among the world’s best,” said Liu, who headed a research programme funded by China’s military and nuclear industry on radioactive waste treatment. One way to do this was to filter out the pollutants using a fine membrane, Liu said. The membrane would then be dipped in molten glass to contain the radiation, cooled, sealed in cement and stored in special containers.

"They could be stored underground in the cave without causing any harm for many years," he said.