WSJ Is Seeking A Moscow Bureau Chief: Oath To Russiagate Required, Russian Language Skills Are Not

Imagine if a major foreign newspaper - let's say based in Germany or Russia or somewhere in Europe - hired journalists to cover United States politics, culture, and the economy, and sent them to its bureau in Washington D.C., but they couldn't speak English and perhaps had never visited America even once in their lives.

Thankfully we've never heard of such a case, however, the reverse scenario has become all too common: one can walk into the foreign bureaus of the Washington Post or New York Times or Wall Street Journal in places ranging from Beirut to Jerusalem to Moscow and encounter American journalists who claim to cover the intricacies of local politics and events but who can't speak the language or have little to no experience of the country they're supposed to cover.

But it's no secret that mainstream media has long valued ideology over expertise - so foreign language proficiency or any level of local expertise for that matter need not apply. And this is literally the case, proudly advertised for the world to see, as the Wall Street Journal is seeking to fill its  vacant Moscow Bureau Chief position.

Want to head up the WSJ's Moscow bureau? 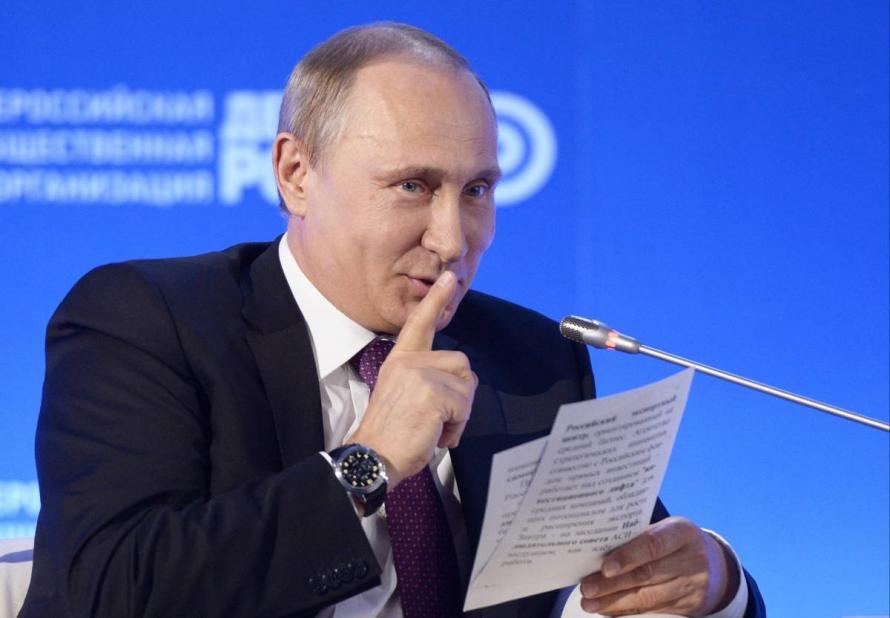 Who needs evidence or even expertise? The answer should always be "the Russians did it!". Image via Russia Insider

Knowing the Russian languge is not a requirement, but having the right politics sure is, which is spelled out in some detail in the job posting. Ever spent any amount of time in Russia? No worries - notably absent from the job description is familiarity with the country itself.

As Alternet's Max Blumenthal observes, "Applicants to WSJ’s Moscow bureau must take a de facto oath to Russiagate, pledging to portray Russia’s leadership as cartoon villains and ramp up the Cold War. But they don’t have to speak Russian."

While Russian language skills are not a must, the WSJ's online job posting for "Bureau Chief, Moscow in MOSCOW, Russia" does require the following:

We are looking for someone who can lead wide-ranging reportage -- delving deeply into the economic underpinnings of Russian power and Mr. Putin’s own grip on domestic politics, getting inside Russia’s hacking complex and chronicling Moscow’s activities in the Mideast and elsewhere.

A central goal will be explicating Russia’s strategic aims and exploring the country’s fraught relations with the Trump administration amid American officials’ assertions that Moscow used a campaign of hacking and disinformation to try to sway last year’s presidential elections.

Another will be looking at Putin’s role as a champion of so-called illiberal democracy who has become a beacon for right-wing politicians across Europe and even in the U.S. His traditional conservatism of blood and religion resonates amid economic uncertainty.

It sounds like the main talking points are already written - perhaps the future bureau chief can simply rewrite the job description itself, sign their name to it, and their first blockbuster report from Moscow will be filed and ready for print. But the WSJ has buried the lede - as they say... the very last line of the job requirement reads: "Strong Russian language skills are a distinct advantage."

A mere "advantage" but certainly not a requirement.

Tell me again how Western media is like totally completely unbiased, fair & objective in its coverage of #Russia. Russian language skills a "distinctive advantage" but not absolutely necessary as long as you tick all other requisite ideological & political boxes! #FFS pic.twitter.com/lWgxmhr0we

So a basic standard for most any first-year Russian studies graduate program is not a requirement to be Moscow bureau chief for the world's leading financial journal. We wonder, how will such a candidate get "inside Russia's hacking complex" or hope to "delve deeply into the economic underpinnings of Russian power"? Clearly it doesn't matter as the script appears to be already written.

It seems in the bizarro world of endless Russiagate conspiracy theorizing, 'experts' and superstar Kremlinologist journalists are born every minute, and almost never face challenging questions or scrutiny - though we featured one recent exceptional interview here, and the below CNN interview with Russian-fluent professor emeritus at New York University and Princeton University should never be forgotten as it demonstrates well why the mainstream tries to avoid true experts at all costs, as they bring all that messy nuance and inconvenient pushback against the mainstream's groupthink:

But this of course also applies to the legion of newly minted 'Russian experts' that suddenly appeared over the past year or so talking endlessly of Putin's plan for world domination - from self-described "information warfare expert" Molly McKew to neocon Michael Weiss to British politician-turned twitter's favorite raving conspiracy theorist Louise Mensch to the unhinged Eric Garland and others.

Applicants to WSJ’s Moscow bureau must take a de facto oath to Russiagate, pledging to portray Russia’s leadership as cartoon villains and ramp up the Cold War. But they don’t have to speak Russian. (Reminds me of Axel Springer media’s pro-Israel oath). https://t.co/QWM9kOAx2V

As associate editor of openDemocracy Russia, Natalia Antonova, felt compelled to spell out: You’re not a “Russia expert” if you don’t know Russian and have never been to Russia. Well that's simple enough:

I hate that this even needs to be said. But hey, that’s our new reality - especially on social media, where "Russia experts" have multiplied like rabbits following bombshell accusations of Donald J. Trump’s potential involvement with the Russian government, not to mention a spy dossier that alleges that the Kremlin has compromised Trump in all sorts of gross ways (that info is unverified, by the way...).

Though Antonova's commentary is from the first half of 2017, it goes without saying that the trend she described has only become more pronounced since she penned it. Perhaps this explains why the WSJ feels compelled to leave out Russian language expertise as a requirement to head up its Russian reporting operations in Moscow:

Fake "experts" are intimidated by real experts. Hence their interest in launching smear campaigns and witch hunts. I’ve actually seen people on Twitter accuse others of being Kremlin spies, using the latter’s knowledge of Russian as "evidence."

Their rationale? "These are dangerous times! Knowing the language of the enemy makes you suspect!" Their real rationale? “I don’t want people who focus on this particular area to compete with my ideas, so I need to discredit them.”

There's also the sad truth the mainstream is often more interested celebrity appeal: a big name with lots of twitter followers and the right connections to the Western political class - perhaps an Anderson Cooper or Christiane Amanpour or Soledad O'Brien or Brian Williams - meanwhile, facts can take a backseat.

This has long been very obviously the case with prime time cable news programs, but as the WSJ's latest job posting demonstrates in what's really an over revealing shameless self-confession, real expertise and actual journalistic credentials are no longer in demand as mainstream media continues its rapid descent down the toilet.