It's official: the reason behind the recent rebound in the economy can be explained with two words: "charge it."

Readers may recall that one month ago, we reported that with Republicans in Washington on the verge of passing their first major piece of legislation in the form of comprehensive tax cuts that will allow Americans across the income spectrum to keep a little more of their hard earned cash in 2018, it appeared that U.S. consumers already "pre-spent" their savings using their credit cards.

And now we have confirmation that this is precisely what happened, because in the month of November, between revolving, or credit card, and non-revolving debt, largely student and auto loans, according to the latest Fed data, total consumer debt rose by $28 billion, or the most since November 2001, to $3.827 trillion, an annualized increase of 8.8%, or roughly 4 times faster than the pace of overall GDP growth. 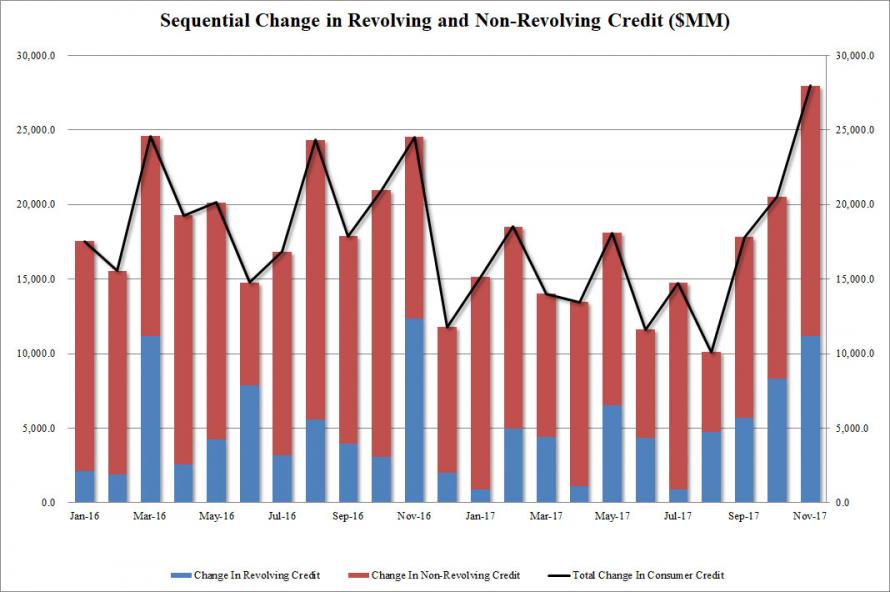 Broken down, consumer credit rose by $11.2 billion in revolving credit, or credit card debt, which pushed it a record $1.023 trillion, the highest credit card amount outstanding on record. This was also the second highest monthly increase in credit card debt on record. 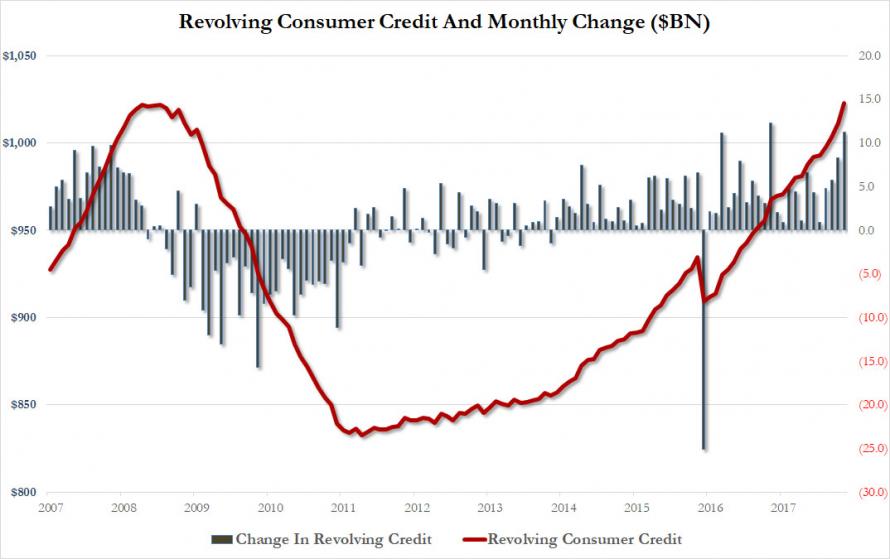 Meanwhile, non-revolving credit - or auto and student loans - rose by $16.8 trillion to $2.805 trillion. Nonrevolving lending to consumers by the Federal government, which is mainly student loans, rose to $1.142t, on a non-seasonally adjusted basis.

This was to be expected: as we showed last month, US consumers appear to be tapping out, and as a result the Personal savings rate dropped to 2.9%, the lowest since November 2007.

So, in addition to all the usual holiday trinkets that US consumers buy year after year, what hot new Christmas gadget has Americans suddenly willing to max out their credit cards?  Well, if Google search trends are any clue, it might not be a gadget, or anything tangible for that matter, at all.