In a few days, U.S. President Trump may try to re-impose sanctions on Iran, a dramatic step that could heighten tensions between the two countries. Some analysts believe the move could contribute to a much broader global economic power shift from the U.S. to China.

The connection between the issues may not be obvious at first glance, but by seeking to isolate Iran from the international market, Iran could look elsewhere. 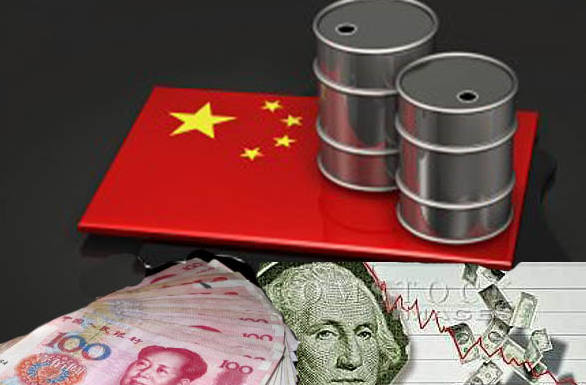 Because the global oil trade is conducted in greenbacks, the U.S Treasury was able to restrict Iran’s ability to access the global financial system in the past. That made it extremely difficult for Iran to sell its oil prior to the thaw in relations in 2015, which kept millions of barrels of daily oil production on the sidelines.

This time around, however, the U.S. will likely go it alone. The Trump administration won’t have the backing of the international community in its campaign to resurrect sanctions against Iran, which will make isolation much more difficult. A few months ago, Goldman Sachs predicted that unilateral sanctions from the U.S. could affect a few hundred thousand barrels per day from Iran, but without help from the rest of the world, the effort would not curtail nearly the same amount of oil as the last time around.

Moreover, some analysts argue that the Washington crackdown could merely push Iran to begin selling oil under contracts denominated in yuan rather than dollars.

“Potential consequent reactivation of sanctions may cause Iran to export oil using the Chinese Yuan denominated contract, which launches on 18 January,” Bjarne Schieldrop, Chief Commodities Analyst at SEB, said in a statement.

“This may spark a move away from the present long-established U.S. Dollar (USD) denominated oil trading regime.”

For a while, China has worked to launch a yuan-denominated oil futures contract—a move that would symbolize, as well as contribute to, the ascendance of the Chinese economy as a rival to long-held U.S. hegemony. Reports suggest China is planning to allow trading in the oil futures contract on the Shanghai Futures Exchange on January 18.

“The increased threat of renewed U.S. banking/USD sanctions on Iran alone is likely to boost Iran’s interest in the new Yuan oil contract,” said Bjarne Schieldrop of SEB. “China will benefit considerably from such developments.” Schieldrop argues that the more that the oil trade is conducted in yuan, the more the Chinese currency will be recognized as a major, or even a central, global currency.

“While the USD will not be replaced overnight as the world’s reserve currency nor as the one most commonly used for crude oil trading, it will be negative for the greenback, which will cease to be the crude oil market’s only ruling currency,” Schieldrop added.

The implications aren’t just a concern for national security types sitting in Washington. The weakening of the dollar could result in higher oil prices. “A potentially significantly weaker dollar would mean a much higher Brent crude oil price in nominal terms making today’s longer-term nominal prices a bargain,” Schieldrop said.

China has had some false starts in its quest to launch its yuan-denominated futures contract, but the official launch appears to be only days away. The contract will only be powerful to the extent that it becomes highly liquid and widely traded, which will only be achieved when more of the global oil trade is conducted in the currency. Meanwhile, Russia recently announced that it would sell $1 billion worth of yuan-denominated bonds in 2018—another move that will bolster the rise of the yuan as a top global currency.

But investors are unlikely to jump full on into the petro-yuan just yet; capital controls in China will deter some interest. Any transition from the U.S. dollar to the yuan will take years. But milestones such as an oil futures contract are one of the many building blocks needed to push the greenback off of its perch.

Washington could unwittingly accelerate the changeover. President Trump has sought to “make America great again,” but his effort to isolate Iran could have the side effect of pushing OPEC’s third-largest exporter onto the Chinese currency—giving a boost to China’s rise.