Authored by Ron Paul via The Ron Paul Institute for Peace & Prosperity,

Attorney General Jeff Sessions kicked off the New Year by reversing the Obama-era guidance for federal prosecutors to limit their enforcement of federal marijuana laws in states that have legalized marijuana for medical or recreational use. In what is almost certainly not a coincidence, Sessions’ announcement came days after California’s law legalizing recreational marijuana sales went into effect. Sessions’ action thus runs counter to the wishes of the majority of the people in the most populous US state, as well the people of the 28 other states (and DC) that have legalized some form of marijuana use.

Federal laws criminalizing marijuana and other drugs have failed to reduce drug use. 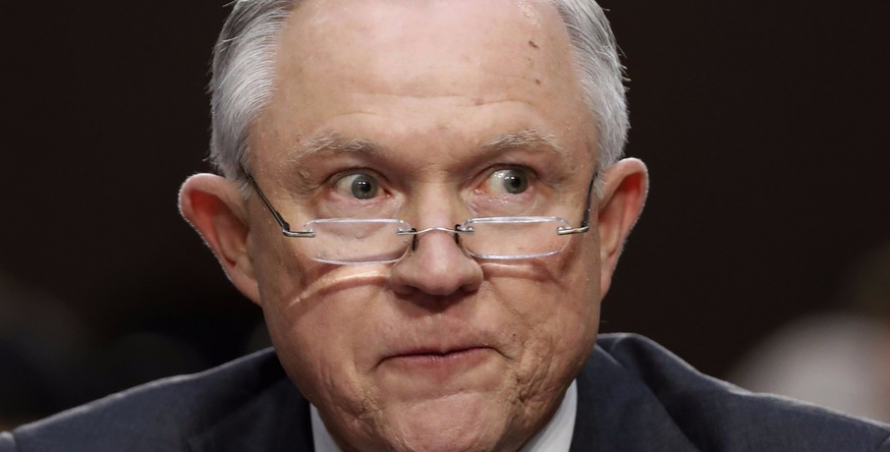 However, they have succeeded in giving power-hungry politicians and bureaucrats what was, before 9-11, the go-to justification for violating our civil liberties.

The federal war on marijuana has also wasted billions of taxpayer dollars. Far from reducing crime, outlawing drugs causes crime by ensuring criminals will control the market for drugs. Outlawing drugs also provides incentives for drug dealers to increase the potency, and thus the danger, of drugs, as higher potency products take up less space and are thus easier to conceal from law enforcement.

Sessions’ usurpation of state marijuana laws is the type of federal intrusion into state issues usually opposed by conservatives. Sadly, too many conservatives are just as willing to sacrifice constitutional government and individual liberties for the war on drugs as they are for the war on terror.

Conservative hypocrisy is especially strong when it comes to medical marijuana. Many Americans have used medical marijuana for conditions such as cancer and glaucoma. Yet many conservatives who (properly) decry Obamacare’s mandate forcing every American to purchase health insurance cheer Jeff Sessions’ effort to deprive suffering individuals of the medical treatment of their choice. Cruel paternalism in healthcare policy is often associated with progressives, but unfortunately conservatives are just as guilty.

States that have legalized medical marijuana have fewer deaths related to opioid abuse. These states have also experienced a decrease in crime and black market activity. This is perhaps because some have found medical marijuana a viable alternative to opioids.

Laws outlawing marijuana criminalize peaceful behavior that, while potentially harmful to the individual, does not violate the rights of others. Therefore, these laws, like all laws authorizing government force against peaceful, if immoral, actions, are incompatible with a free society. Once again we see the hypocrisy of conservatives who decry progressives’ war on tobacco and fatty foods, yet support jailing marijuana users.

President Trump should fire Jeff Sessions and replace him with someone who respects the Constitution and individual liberty. Also, officials from states with legal medical or recreational marijuana should refuse to cooperate with those tasked with enforcing federal marijuana laws.

If President Trump and state officials stand up for liberty, the people will join them in saying no to Jeff Sessions.