Venezuelan President Lashes Out At Trump In Rare Interview

A day after Venezuelan President Nicolas Maduro ordered the issuance of the first 100 million Petros - the mysterious oil-backed cryptocurrency issued by the Venezuelan government to help compensate for US Treasury Department sanctions - the New Yorker published what it described as a “rare” interview with the leader of Latin America’s favorite socialist paradise.

While the transcript of the interview has yet to be released, New Yorker staff writer Jon Lee Anderson discussed his meeting with Maduro with New Yorker Executive Editor Dorothy Wickendon on the magazine’s “Politics and More” podcast.

Anderson has a long history of writing about Maduro and his predecessor Hugo Chavez - whom he first met around the beginning of his presidency in 1999. The reporter said Trump’s threats of military intervention, made back in August.

“When the mistakes of Trump’s government are reckoned with, the military threat against Venezuela will be noted. It will stay with him all his life,” Maduro said.

Maduro’s view, according to Anderson, is that he has no problem with Donald Trump - instead, he sees Trump as the inevitable result of America’s hyper-capitalist system.

Maduro added that he is willing to sit down and talk with Trump.

“From a personality and leadership standpoint, Chavez was the strongest, most powerful and greatest leader Venezuela had since the liberators. Thanks to his military background and values, he knew how to embody and rediscover the ideals of Simon Bolivar,” Maduro said, in another clip shared by the New Yorker. 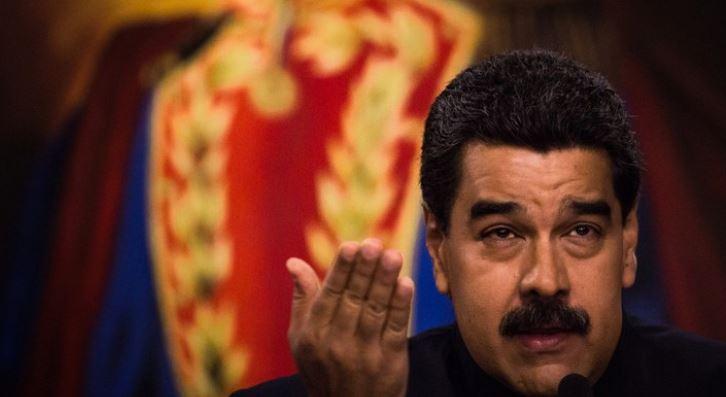 Anderson recounted how Chavez won many Democratic victories, including being elected by overwhelming majorities, while also winning a referendum to rewrite the constitution. Maduro didn’t inherit this political capital, despite being the anointed heir of Chavismo. Instead, he took power in 2013 after winning an election with a razor-thin majority.

Maduro was an awkward fit, Anderson said. At one point, he said that Chavez’s spirit had spoken to him in the form of a little bird - earning widespread ridicule.

After oil prices collapsed and Venezuela’s economy was thrown into disarray, opposition parties made gains in the Venezuelan Congress for the first time since Chavez took power. Unwilling to give up his grip on power, Maduro decided to disband Congress and replace it with a constituent assembly stocked with ruling party loyalists.

Over the summer, Maduro pushed through the vote on the constituent assembly in an election that was found to be fundamentally anti-democratic by foreign monitors and the political opposition.

When asked if this is a transition from a democracy to a dictatorship, Anderson said it’s a little more complicated. He described the contemporary political system in Venezuela as an "authoritarian democracy" (which to us sounds like an oxymoron).

“If in the US, the political opposition launched a campaign like the opposition did in Venezuela this year, all would be sent to the electric chair. Nobody would be saved. All nations have laws and all nations have a right to defend themselves,” he said.

Street violence in Venezuela between March and July lead to hundreds of deaths. If the opposition tries to create these types of disturbances, Maduro said, the crackdown will be much more severe.

Moving on to the discussion of sanctions, Anderson said that while Maduro is worried about the sanctions, he pointed out that there are still many powerful countries that want to do business with Venezuela.

According to Anderson, US officials begrudgingly acknowledge this state of affairs: The US doesn’t have the tools to deal with Maduro’s government because Russia and China have shown a willingness to come to Venezuela’s rescue.

The US is now allowing Russia and China to “pick up the slack” as its own influence wanes.

Anderson adds that we should be engaging with Venezuela because it’s “going through the sewer” on our watch. The US is still buying Venezuelan oil - in a sense, the US is “keeping [the country] alive.” Meanwhile, Maduro insists he wants a powerful opposition in Venezuela - but one that’s not controlled by Washington.

Of course, with inflation set to reach 3,000% this year and mobs of starving Venezuelans still taking to the streets in Caracas, the future of Maduro’s rule looks as uncertain as ever.

Listen to the discussion between Wickendon and Anderson below: