After gaining instant fame with his massive subprime bet back in 2008/2009, John Paulson can't seem to buy a clue of late.  Over the past couple of years, a series of strategic missteps have resulted in abysmal returns and increasing concern among investors that Paulson may have been nothing more than a 'one-trick pony' all along.

As Bloomberg points out this morning, the latest such misstep has come via a 'minor' 70% loss in his levered merger arb fund, the so-called Paulson Partners Enhanced fund.

The Paulson Partners Enhanced fund, which uses borrowed money to double down on its trades, sank 35 percent last year and about 49 percent in 2016, according to a person familiar with the matter. That caps a four-year money-losing run for the fund, which follows a merger arbitrage strategy on which Paulson founded his firm.

Investors who stuck it out in his oldest fund, Paulson Partners, lost about 42 percent of their capital over the past four years. The last two years have been the roughest: a 17 percent loss in 2017 and about a 25 percent drop the year before.

Not surprisingly, the persistent losses have taken a toll on Paulson's assets under management.  After reaching a peak of $38 billion in AUM in 2011, of which roughly 50% was contributed by outside clients, Paulson now runs about $9 billion, 80% of which is his own money. 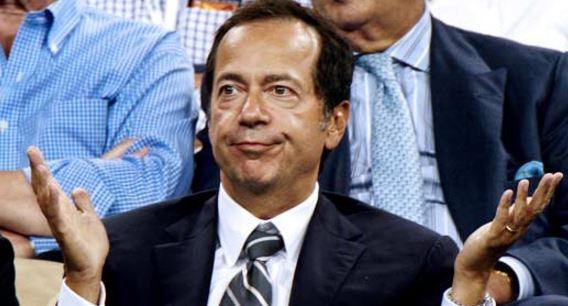 Of course, as we noted  previously, just last summer Paulson was also forced to shutdown a $500 million long-short equity fund focused on healthcare after a series of bad bets resulted in massive losses.

The strategy seemed simple enough at the time: make a massive, Paulson-esque bet on the consolidation of large multi-national pharmaceutical businesses, hedge that bet with bearish wagers on the broader markets and sit back and wait for the money to flow in just like with the subprime bet.  Unfortunately, exactly the opposite happened in 2016 with the broader markets advancing while Paulson's largest pharma holdings completely collapsed anywhere from 30% - 85%.  Oops.

But, it's not all bad news for Paulson as some of his other pools of capital are doing better than his healthcare and levered merger arb bets. His largest, Paulson Credit Opportunities fund, gained 11% last year and the Pure Spread fund, which makes less volatile merger-related investments by only betting on announced deals, rose 12%.