CNN and Buzzfeed were widely criticized by politicians and pundits on both the right and left one year ago when they recklessly published the infamous “Trump dossier”, which contained a multitude of unverified and dubious claims about President Trump. Buzzfeed in particular is still grappling with a lawsuit filed by Aleksej Gubarev, a Russian technology executive who claims he was libeled by the dossier, even though Buzzfeed redacted his name, and the names of his companies.

But a report in the Hill on Tuesday revealed that not only was the publication of the dossier potentially slanderous - it may also have been deadly. 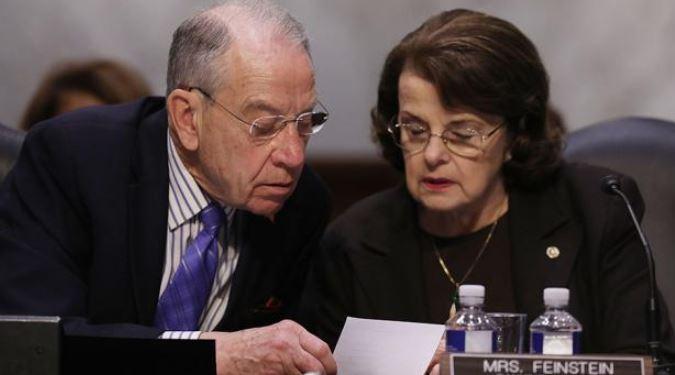 Testimony from Fusion GPS founder Glenn Simpson’s closed-door meeting with the Senate Judiciary Committee, which took place last August, revealed that Simpson’s legal team is aware that “somebody’s already been killed” because of the dossier’s publication.

A lawyer for Glenn Simpson, the co-founder of Fusion GPS, told congressional investigators that “somebody’s already been killed” as a result of the publication of the controversial dossier tying President Trump to Russia.

In closed-door testimony with the Senate Judiciary Committee last year, Simpson was asked by investigators if Fusion GPS took steps to “assess the credibility” of sources used by former British intelligence officer Christopher Steele, who compiled the dossier.

“Yes, but I’m not going to get into sourcing information,” Simpson replied.

Simpson then declined to answer a follow-up question. When asked why he was declining to answer, his attorney, Joshua Levy, said Simpson "wants to be very careful to protect his sources."

"Somebody’s already been killed as a result of the publication of this dossier, and no harm should come to anybody related to this honest work," Levy added.

Simpson had previously declined to answer another question posed by the committee’s investigators, citing "security."

It was not immediately clear who Levy was referring to, although according to the Daily Caller's Chuck Ross, "it's been theorized that this is ex-KGB guy Oleg Erovkinin, who was chief of staff to Igor Sechin. But he was killed under suspicious circumstances on Dec. 26, 2016, before the dossier was published."

It's been theorized that this is ex-KGB guy Oleg Erovkinin, who was chief of staff to Igor Sechin. But he was killed under suspicious circumstances on Dec. 26, 2016, before the dossier was published. https://t.co/mnFnAUT5PY

As the Hill further adds, some of the allegations in the dossier have been shown to be false, while others have either been supported by public evidence or remain unproven. It’s widely believed that the document was central to the FBI’s decision to launch what eventually morphed into the probe being led by Special Counsel Robert Mueller.

Earlier on Tuesday, in an unexpectedly move, California Sen. Dianne Feinstein unilaterally published the full 312-page transcript  of Simpson’s testimony to the fury of Senate Judiciary Committee Chairman Chuck Grassley, who accused her of interfering with the committee’s investigation. But the timing is also curious: Four days ago, two Republican senators asked the DOJ to open a criminal investigation into former MI6 agent Christopher Steele. Steele was famously hired by Fusion to compile the dossier after Fusion GPS was retained.

Perhaps that request should be widened to include the editors at Buzzfeed and CNN who were responsible for the document’s publication?