Global Stocks Are The Most Overbought Since Right Before 1987 Bloodbath

While world stocks are on their longest streak (without a 5% correction) in history, the last few weeks have seen that exuberance accelerate with MSCI World now at its most 'overbought' since the summer of 1987... and we know what happened next. 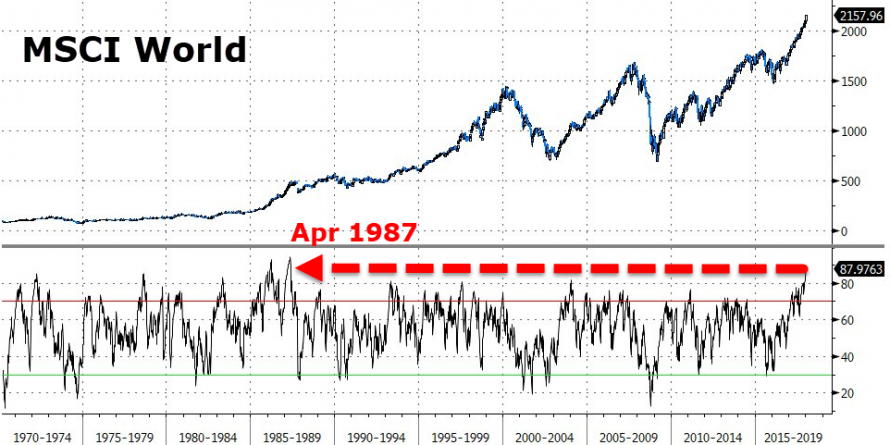 But this global euphoria is 'trumped' by the melt-up in US stocks, and as Bloomberg reports, John Murphy, StockCharts.com’s chief technical analyst, warns U.S. stocks have shown so much momentum lately “that 2018 may not end as well as it started."

Data compiled by Bloomberg shows the weekly RSI, displayed in the chart, closed Friday at 85.27 -- the highest since January 1959.

The monthly RSI ended last week at 86.07, above every month-end reading since June 1996.

And as Morgan Stanely notes, these extremes of relative strength do not end well.

In the past, when the RSI has peaked above 80 an average correction of -3.5% has followed one month later.

In our view, a pull back feels close and it is now just a matter of time. We would be buyers of that pullback but think it is prudent for investors who are looking to add risk to wait at this point. 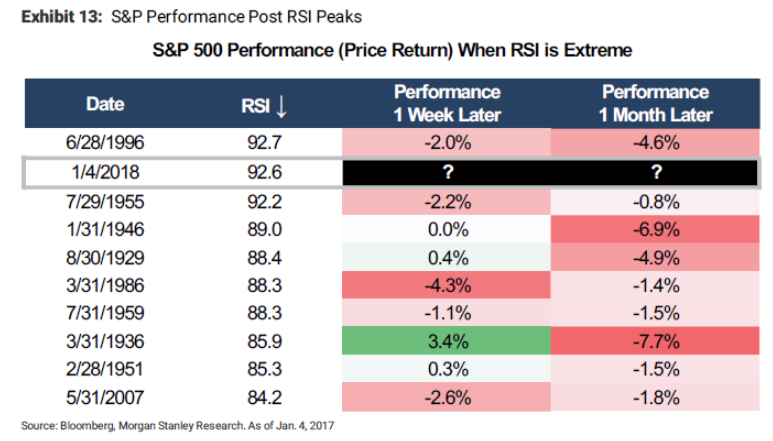 However, histoical facts aside, JPMorgan disagrees that an extreme overbought signal is worrisome.

While a rally has pushed S&P 500’s relative strength index to levels not seen since the dot-com era, that alone is no evidence that a bubble is forming in the stock market, JPMorgan’s technical analyst Jason Hunter writes in a note.

And finally, as Bloomberg reports, euphoria on Wall Street that stocks can just keep on building on record highs is getting so stratospheric that it’s reaching levels that previously signaled a slump.

Analysts are ratcheting up their forecasts for U.S. corporate profits at the fastest pace in more than 10 years, according to the research firm Bespoke Investment Group. And that’s happening, unusually, right in the run-up to an earnings-season kick-off. 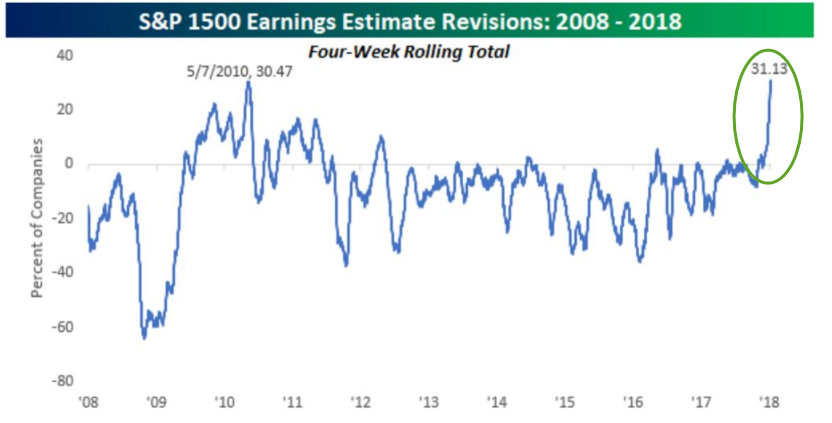 While the upgrades could be taken as a positive reflection on the economy’s outlook, in the past such bullish analyst sentiment has served as a precursor to a market decline. 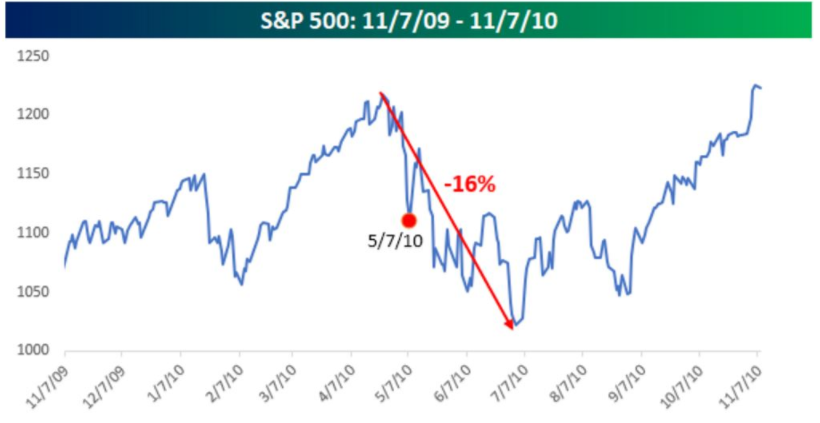 The last time the gap between analysts lifting forecasts and those lowering estimates was this wide was in May 2010. The divergence at the time widened after the U.S. S&P 500 Index had climbed more than 10 percent over the previous three months. Just before analyst sentiment peaked, stock prices also topped out, and the index slid more than 15 percent.

And more and more major firms are warning against complacency. As Bloomberg reports, while riskier assets have recorded further gains in the first trading week of the year, Mark Schofield at Citi warned the potential payoff from such trades is diminishing.

“It is too early to call an end to the bull-market in risk assets but the risk/reward profile is deteriorating as expected returns peak and volatility begins to rise. Asset allocators must weigh up where we are in the business cycle, and what comes next. The ‘Goldilocks’ environment cannot last forever; a plateau in growth would be more bearish than a pick-up in inflation.”

Meanwhile, Joachim Fels at Pimco points to signs that U.S. jobs growth may be peaking as a “a clear sign that we are reaching the later stages of the business cycle” -- a fact that also increases the chance of an inflation overshoot.