Here Comes "The Goldman Of Crypto": Novogratz Is Starting A Cryptocurrency Merchant Bank

One month ago, cryptocurrency pioneer Mike Novogratz inexplicably shelved plans  to launch a hedge fund just hours after the biggest crash in bitcoin in years due to South Korean crackdown concerns (from which it has since fully recovered), prompting many to ask if "Novo" had gotten cold feet on the entire space. This morning we get the answer, which is an empathic no, because as Bloomberg's Erik Shatzker reports Novogratz - one of bitcoin’s most outspoken champions - is bypassing the hedge fund stage entirely, and instead starting a merchant bank dedicated to cryptocurrencies and blockchain-based ventures. And he intends to take it public. 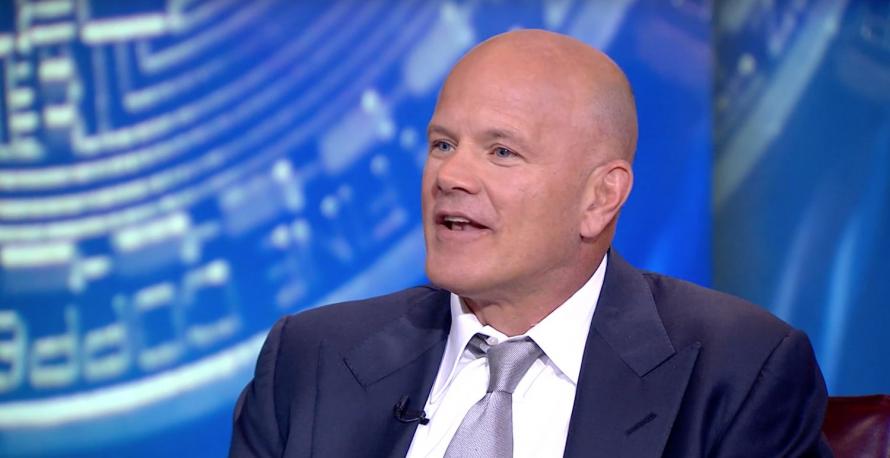 As Bloomberg reports, the former Fortress manager laid out a series of transactions in a statement Tuesday that would, if successful, raise $200 million and, through a holding company, list shares of his Galaxy Digital LP on Canada’s TSX Venture Exchange. He said Galaxy is building a "best-in-class, full service, institutional-quality merchant banking business in the cryptocurrency and blockchain space" and will be active in four areas: trading, principal investing, asset management and advisory work.

While Novogratz had been planning the launch of a hedge fund, according to a Bloomberg source he also had been laying the groundwork for Galaxy for months. The fund, had he continued with it, would have sat inside Galaxy’s asset-management unit.

In many ways, launching a merchant bank is far more notable than rolling out a mere hedge fund to daytrade the record crypto vol. As BBG observes:

A merchant bank is among the most ambitious concepts to emerge from the speculative frenzy that has characterized the cryptocurrency market. While Novogratz last year described the runup in bitcoin, ether, ripple and other so-called tokens as the “biggest bubble of our lifetimes,” he also has said he believes blockchain -- the computer code that underpins all cryptocurrencies -- will reshape finance just as the internet did communication.

The mechanics of Novogratz' strategy are as follows:

Under the plan announced Tuesday, Galaxy will as a first step buy Canadian crypto startup First Coin Capital Corp. It then will merge with a Canadian shell company, Bradmer Pharmaceuticals Inc., through a reverse takeover and use that entity to raise C$250 million ($201 million) in a private placement of stock next month. Bradmer, to be renamed Galaxy Digital Holdings, will own an interest in the merchant bank and be listed on the TSX exchange.

While it is unknown if the merchant bank will ultimately be successful in becoming the first "full service" financial advisory catering to the crypto space, its ambitions are clear:  Galaxy said it wants to complete the transactions by the end of the first quarter, at which point the shares of Galaxy Digital Holdings will start trading. Unlike an initial public offering, there is no formal filing of financial statements with securities regulators.

According to Shatzker, Novogratz envisions Galaxy as the Goldman Sachs of crypto. To achieve this, "Novogratz is putting substantially all of his crypto investments into Galaxy -- about $400 million of bitcoin, ether, initial coin offerings and stakes in startups such as Xapo, Bitstamp and Ripple Labs."

Initially, Novogratz planned to capitalize on the enthusiasm for cryptocurrencies by raising a $500 million hedge fund. Soon, he expanded the idea to a hedge fund inside a merchant bank. Novogratz was ready to take money from his investors and start trading when, in mid-December, he changed his mind.

“We didn’t like market conditions and we wanted to re-evaluate what we’re doing,” he said on Dec. 22.

Translation: after a 40% plunge in bitcoin in an hour, Novogratz got some second thoughts. However, thanks to the remarkable BTFDers in the crypto space, he is now doublind down.

The new structure also eliminates a potential conflict of interest. As Bloomberg notes, Novogratz said at the time he was concerned about the prospect of buying bitcoin or ether for clients, while simultaneously selling crypto investments in his personal account. Now, by exchanging those same investments for equity in the merchant bank, he can avoid that conflict.

In addition to Novogratz, who’ll be chairman and chief executive officer, the management team at Galaxy will include Richard Tavoso, the former head of global arbitrage at RBC Capital Markets; Christopher Ferraro, formerly with HPS Investment Partners and BlackRock Kelso Capital Advisors; and David Namdar, who previously worked for Millennium Partners and UBS AG.

Finally, should Galaxy's launch be successful, it will be just the first of many merchant banks to emerge in the coming months as all other banks scramble to capitalize on what remains the best performing asset class, and is also the reason why earlier today none other than Jamie Dimon admitted he "regretted" bashing bitcoin as fraud just three short months ago...