Meritocracy Is A "Tool Of Whiteness", Math Professor Claims

Authored by Toni Airaksinen via CampusReform.org,

A math education professor at Brooklyn College contends in a recent academic article that “meritocracy” in math classes is a “tool of whiteness.” 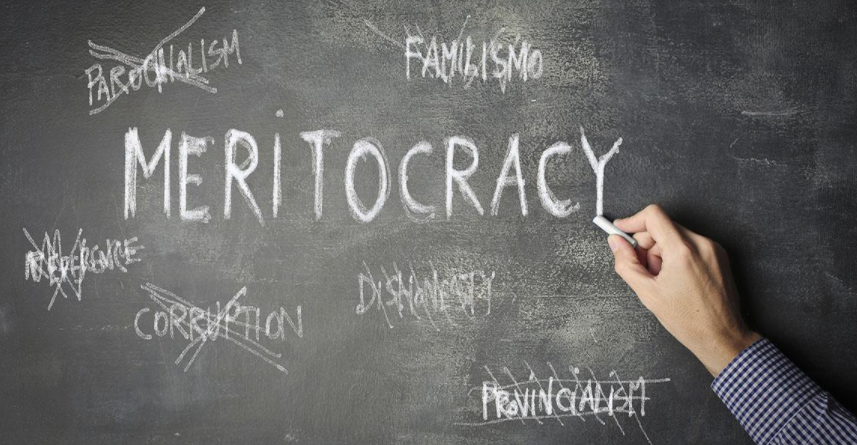 Laurie Rubel implicates both meritocracy and “color-blindness” as ideological precepts that hold back racial minorities from succeeding in math classes in an article for the peer-reviewed Journal of Urban Mathematics Education.

Rubel, who taught high school math for nine years before becoming a professor, argues that while meritocracy is commonly linked to hard work and talent, it also “functions as a tool of whiteness” because it “ignores systemic barriers and institutional structures that prevent opportunity and success.”

Color-blindness, too, can be an issue for math teachers, according to Rubel, who asserts that “Teachers who claim color-blindness—that is, they claim to not notice the race of their students—are, in effect, refusing to acknowledge the impact of enduring racial stratification on students and their families.

“By claiming not to notice, the teacher is saying that she is dismissing one of the most salient features of the child’s identity and that she does not account for it in her curricular planning and instruction,” Rubel adds, citing education theorist Gloria Ladson-Billings.

Even math teachers who acknowledge race, such as those who indicate that they “can’t relate” in certain ways to students who are of a different race, are called out in Rubel’s paper.

If math teachers notice racial differences between themselves and their students, Rubel elaborates, “those differences are typically cast in terms of deficit constructions about students, their places, and their families.”

To mediate this, Rubel recommends that math teachers incorporate more social justice issues into math lessons, but warns that even “teaching for social justice” can be a “tool of whiteness” if teachers are not sufficiently attuned to the experiences of minority students.

This is because even social justice-minded professors may inadvertently hold the “belief that effort is always rewarded, [which corresponds] to various tools of whiteness, like the myths of meritocracy and colorblindness,” Rubel writes.

Campus Reform reached out to Rubel for comment, but did not receive a response in time for publication.