Ripple Now Red For 2018 As Crypto-World Rotates Into Ethereum

Having soared over 50% in the first few days of 2018, Ripple is now down 2% for the year as the entire cryto-space appears to be rotating into Ethereum. 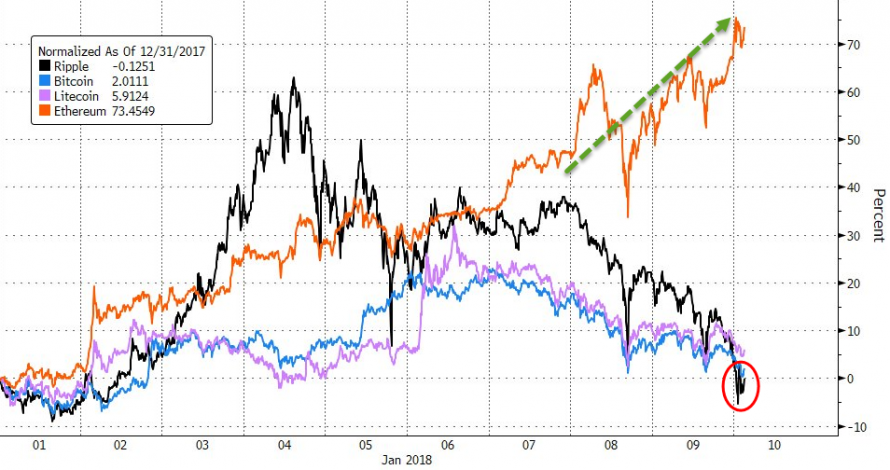 At the start of the year we suggested... 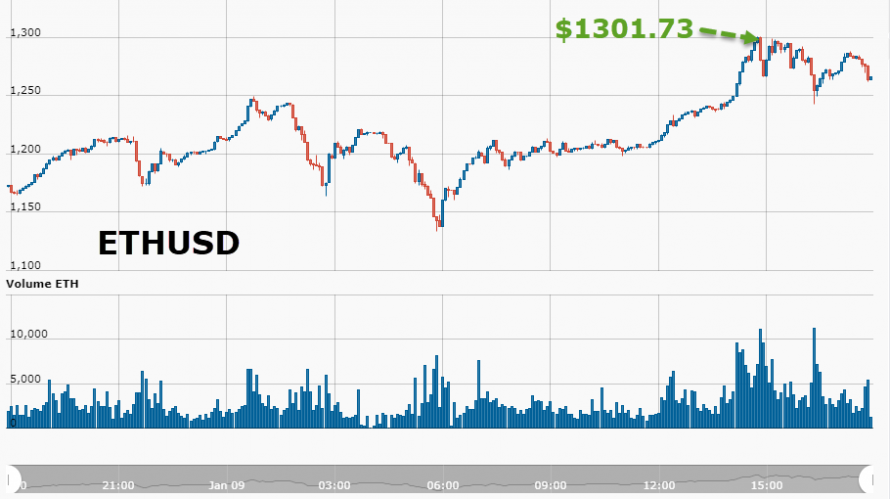 Additionally, Ethereum has regained its place behind Bitcoin as the second-biggest cryptocurrency by market capitalization.

As CoinTelegraph's Gareth Jenkinson details, Ethereum’s flagship smart contract system sets it apart from Bitcoin and has led to it becoming the leading platform for ICOs, allowing developers to use the underlying code for their own applications - commonly known as decentralized applications (dapp).

This is in essence Ethereum’s raison d’étre, providing a monetized Blockchain solution for developers to create applications as described by Investopedia.

Speaking to CNBC this week, Ethereum advisor Steven Nerayoff says the open-source functionality of Ethereum’s protocol could well lead to mass adoption for a wide variety of Blockchain applications.

"You're seeing a tremendous amount of growth across a wide variety of industries. Fintech is actually the natural area, but now you're seeing it becoming increasingly more creative — you find projects in the oil and gas industry, you're finding government using it in their applications, you're seeing it in gaming, all kinds of different areas.”

The success of CryptoKitties is a prime example of how developers can use the Ethereum software to create innovative applications. The popular online game was so successful that it placed a massive strain on the Ethereum network in 2017 as it became the biggest dapp.

Inevitably, the increasing use of Ethereum will see it’s price soar, according to Nerayoff.

“What you're seeing with Ethereum is an exponential increase in the number of projects. There are billions of dollars being poured into the ecosystem right now, maybe 10 times more projects this year than last year, which could easily lead to a doubling, probably a tripling in price by the end of the year.”

And as money pours into Ethereum, it is rotating out of many of the other major cryptos, which we pointed out earlier, some have suggested the broad selling in Bitcoin (and LTC and XRP) is driven by comments from early Bitcoin investor and well-known venture capitalist Fred Wilson. As CoinTelegraph reports, Wilson insists that investors with a large amount of Bitcoin would be wise to practice profit taking, as reported by CNBC this week.

Wilson posted the advice on his personal blog, in a post grappling with the difficulties of managing a venture capitalist portfolio.