Russian security forces of the Khmeimim air base and Russian Naval CSS point in the city of Tartus ,thwarted  a terrorist attack “with massive application of unmanned aerial vehicles (UAVs) through the night of 5th – 6th January 2018,” according to the Russian Ministry of Defence. The attack came just two days after an Islamic faction operating in the area launched a barrage of mortar rounds at the airbase severely damaging two planes. 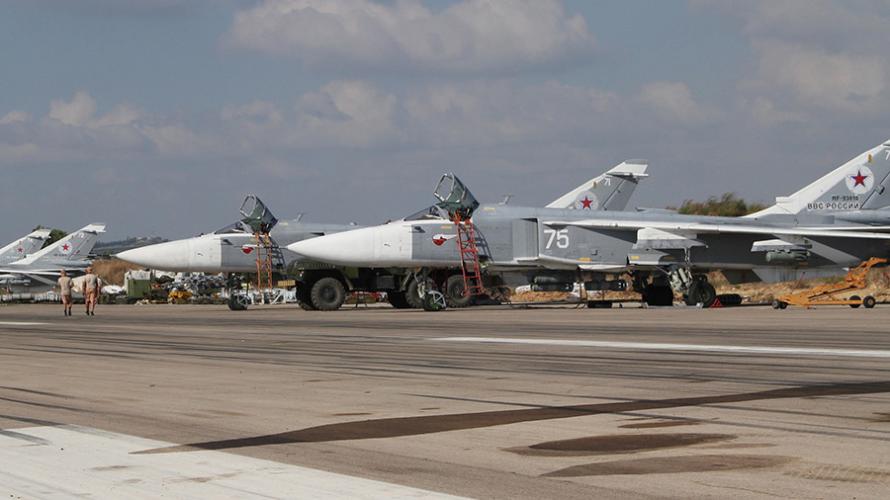 The Khmeimim airbase in Syria

As darkness fell, Russia air defense systems detected “13 unidentified small-size air targets at a significant distance” swarming towards the bases. Ten assault drones were fast approaching the Khmeimim air base, and another three were advancing towards the naval base. All attack drones had payloads of what appears to be mortar rounds. 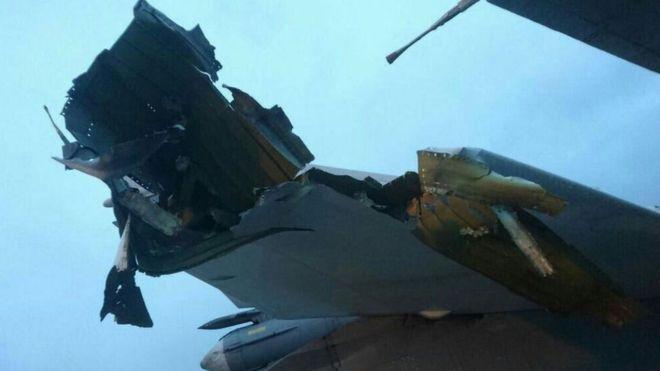 As the drones approached both bases, Russia unleashed the Pantsir-S anti-aircraft missile and Electronic Warfare Units. Seven UAVs were destroyed by the Pantsir-S anti-aircraft missile system, and another six UAVs were hacked with radio equipment. Three of the UAVs landed in a safe area just outside the base, but the others exploded on various landing attempts. The Defense Ministry notes that the defense systems eliminated all threats with no casualties or damages.

It was the “first time that terrorists massively used unmanned combat aerial vehicles of an aircraft type that were launched from a distance of more than 50 kilometers, and operated using GPS satellite navigation coordinates,” the ministry said in a statement.

The Defense Ministry said experts are analyzing the aircraft’s flight components and bomb ordnances for clues. Flight data from the GPS indicates the UAVs could have been launched at a range of 100 kilometers (62 miles). If so, this would be the first long-range drone attack by militants in the Syrian War.

Currently, the Russian military experts are analyzing the construction, technical filling and improvised explosives of the captured UAVs. Having decoded the data recorded on the UAVs, the specialists found out the launch site. It was the first time when terrorists applied a massed drone aircraft attack launched at a range of more than 50 km using modern GPS guidance system. Technical examination of the drones showed that such attacks could have been made by terrorists at a distance of about 100 kilometers.

Further, the Defense Ministry says the extremists may have been aided by a “technologically advanced state,” as Russian specialist are now attempting to determine where the flight systems of the drones originated from.

Terrorists’ aircraft-type drones carried explosive devices with foreign detonating fuses. The Russian specialists are determining supply channels, through which terrorists had received the technologies and devices, as well as examining type and origin of explosive compounds used in the IEDs. The fact of usage of strike aircraft-type drones by terrorists is the evidence that militants have received technologies to carry out terrorist attacks using such UAVs in any country.

After Russian President Vladimir Putin ordered a partial withdraw of troops from Syria back in December, militants have been eager to gain an edge with swarming high-tech drones that have remarkable long-range capabilities. The one question that Russia, and others, are asking in this incident: who is supplying the militants with these high-tech, long-range drones?