Trump Will Attend Davos; First US President To Do So In 20 Years

A White House official told the New York Times on Tuesday that President Donald Trump will attend the 48th World Economic Forum in Davos, Switzerland later this month, making him the first sitting US president since the Clinton administration to attend the annual gathering of world leaders and captains of industry.

Referred to simply as "Davos", the event is a haven of privilege and wealth. In recent years, it has begun to attract celebrities like Bono and Matt Damon.

Sarah Sanders said Trump is excited to attend the forum in the Swiss Alps. The forum will be his fifth foreign trip as president.

Last year, Trump avoided the conference - it unfolded during the same week as his inauguration - while its attendees were forced to confront the political realities of Trump’s upset victory over Democrat Hillary Clinton: Namely that widening wealth inequality was helping stoke the rise of populist movements in the US, Asia and Europe.

While the president might be looking forward to “advancing his America First agenda” - whatever that means - the event’s organizers don’t seem very receptive. The theme of this year’s event - "Creating a Shared Future in a Fractured World" -  takes an oblique swipe at Trump’s decision to withdraw the US from the Paris Accords, the Trans-Pacific Partnership as well as his decision to reauthorize some sanctions against Iran.

There’s also the question of whether Trump will encounter his erstwhile rival. The Clintons are regular attendees. While Barack Obama avoided Davos during his time in office, it’s possible he might make an appearance now that he’s a private citizen.

As CNN  pointed out, American administrations regularly send representatives to Davos, but presidents typically decline to attend. Aside from Clinton, Ronald Reagan spoke to the forum via satellite as president. But the Bushes and Obama avoided the gathering.

Though Vice Presidents Dick Cheney and Joe Biden both attended the forum while they were in office.

The forum runs from Jan. 23 through Jan. 26, ending just days before Trump’s State of the Union address, which is scheduled for Jan. 30. His attendance is also surprising because it will overlap with Nafta negotiations, which are set to take place between Jan. 23 and Jan. 28.

The event is a magnet for the world's richest people. With a personal fortune of just under $3 billion, Trump doesn't make Bloomberg's list of the 500 richest people. 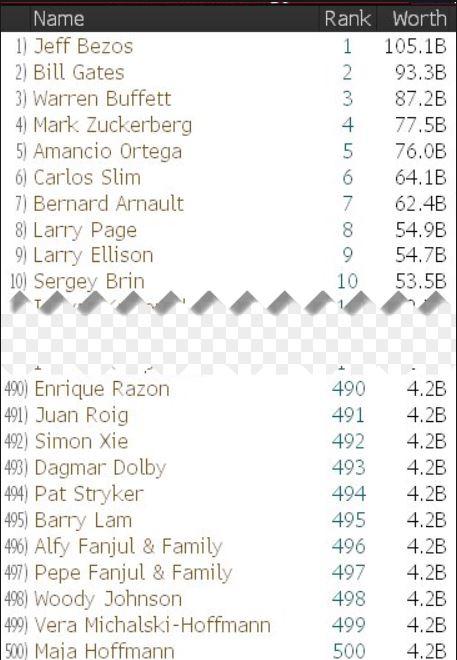 At Davos, Trump will come face-to-face with many of the global elites that he attacked during his campaign. The event’s reputation as a bastion of elitist principles, like free trade, should make his attendance all the more interesting. But since the event is also a haven for world leaders, it could give Trump an opportunity to engage in some casual diplomacy as he seeks to rally support for his decision to move the US’s Israeli embassy to Jerusalem while also recruiting more countries to severe economic and political ties with North Korea and Iran.