Bankers Fear They Will Get 'Amazon-ed' In Massive Tech Disruption

Authored by Huw van Steenis via The Financial Times, 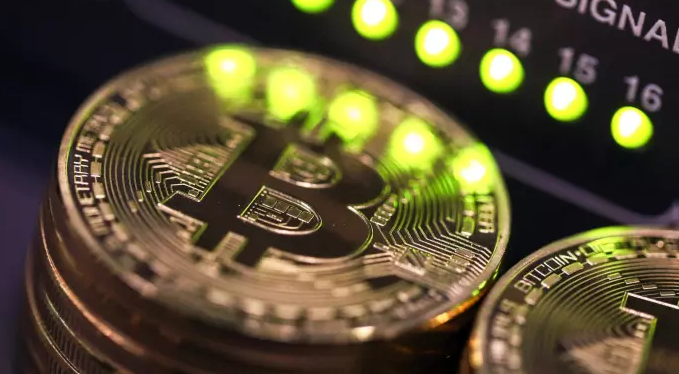 Bitcoin and blockchain are likely to dominate discussions at Davos this month. But there will be a far deeper deliberation about the wider disruptive impact of technology on banks.

Financiers used to think that the post-crisis regulatory burden would make financial services less appealing for new entrants. But now they fear that non-banking rivals may target more profitable areas and skim the cream in areas such as payments or lending. Central banks are concerned too. The Bank of England recently war-gamed the impact of fintech on banks’ business models for the first time in their stress tests, suggesting UK banks could lose £1bn of profits to new competitors.

The picture is changing fast, with US deregulation and the finalisation of the Basel rules. Banks have had to focus on repair and new rules since the crisis, soaking up their change-the-business technology budgets. Now, they can potentially free up resources to focus on maximising the potential of technology

A more intense focus by banks on potential disruption has four big implications.

First, banks will step up their spending considerably. According to IDC, only about a quarter of US bank technology budgets is spent on digital transformation, as opposed to business as usual. They expect this to grow to nearer 40 per cent in 2020. This implies a more than doubling of transformation expenditure over the coming four years. There will be deep seams of opportunities to mine. For instance, cyber risk is currently viewed as the greatest risk to the financial system by the Basel Committee. Tech firms and consortiums which help detect fraud, solve authentication and the protection of data from cyber risks will flourish.

Secondly, this spending could substantially boost banks’ productivity, and profits. I took a straw poll of executives from a range of firms in the World Economic Forum’s disruptive innovation in financial services group. This suggested they are looking to automate up to one-third of all of their activities in the coming four years — and 2018 is likely to be pivotal for blockchain as pilots, such as at the Australian Stock Exchange, get the green light.

Cryptocurrencies will capture the imagination of users and fears of policymakers. But harnessing blockchain will be just one chapter of a dense book. I suspect how banks use machine learning and rudimentary artificial intelligence to improve customer experience, nudge sales or improve efficiency will have a larger impact on the bottom line than blockchain in the next five years. But with Big Data comes Big Noise: companies will also need help to structure, manage and analyse the new data to use them effectively. Those banks that embrace innovation could have a productivity dividend and mitigate the risk of disruption.

Thirdly, the battle for customers will get far more intense, making it more challenging for start-ups looking to build consumer brands. The battle between every start-up and financial institution comes down to whether the start-up gets distribution before the incumbent gets innovation, as venture capitalist Alex Rampell likes to say. Banks will drive up the cost of customer acquisition for start-ups who will increasingly struggle unless they build network effects and scale very quickly. Roboadvisers and peer-to-peer lenders will be on heightened alert. Some start-ups will need to rethink their plans to disrupt and look to form partnerships instead.

Finally, the biggest fear is whether banks, or other financials, may get Amazon-ed. A recent WEF report suggested that finance is more likely to be upended not by nimble fintech start-ups but by established big tech firms encroaching. Changes in financial regulation, such as a lighter touch fintech charter being examined in the US or the second payment services directive in Europe, could potentially make this more likely. The tech giants have the brands, customer reach, digital processes and flair to develop good products, and to take swift advantage of any regulatory changes.

A recent survey by Bain across 22 countries suggested customers are open to potentially buying financial products from tech firms, leaving banks vulnerable. In China, leading technology firms have already moved into banking and insurance at scale. Ant Financial, part of Alibaba, is already as big as the ninth-largest US bank.

While central bankers fret about bitcoin, this is what financiers will really be discussing this year.