Peter Schiff: In The Impending Collapse "Everything That Can Go Wrong, Will"

The impending economic collapse is hidden from most. People only see a rising stock market, not the negative underlying factors that will cause the whole system to crash. 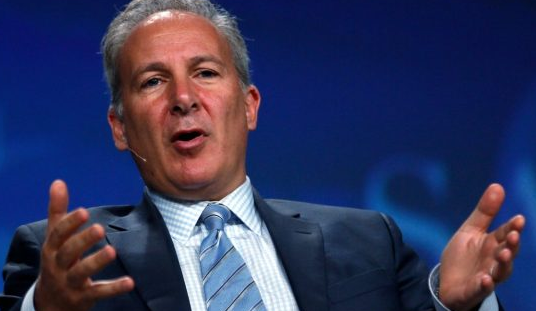 The weakening of the U.S. dollar is just getting started, warned veteran market forecaster Peter Schiff, CEO of Euro Pacific Capital. “We have just begun a major, long-term bear market in the dollar,” he said, which should cause a spike in oil prices. He thinks oil will reach $80-$100 a barrel in 2018. The commodity currently trades at roughly $63 a barrel. Shiff focuses on oil as just one example of the inflation that will help collapse the dollar.

When the price of oil rises, it reverberates through the economy. Peter called it a gigantic tax hike for consumers. But the Fed is still worried prices aren’t going up fast enough and that they won’t hit the mystical 2% goal.

Schiff also warns that the dollar’s decline is just getting starting.  He also says “everything that can go wrong, will.” We are not experiencing economic growth.  We are experiencing inflation.

Shiff continues with even more dire news. “We are very close to a major breakdown in the bond market. Now, I know the bond market has dodged a lot of bullets…so you could say ‘cryin’ wolf. Look how long the bond market has held in there. But you know what? It’s gonna hold up until it doesn’t. And when it breaks…this bond market is gonna unravel. The whole thing could unravel very, very quickly. This is what is so dangerous here. You have the bond market potentially about to break down, a major 30-year bull market about to unravel, you have the dollar getting ready to go over the edge of a cliff. “

Shiff also warns to not put your trust in the government or their bonds.

“Everybody belives the fed is going to shrink it’s balance sheet. Now, I don’t believe that but the markets believe it. Now, I checked the balance sheet on Thursday again. So far, it hasn’t shrunk at all. So there’s been no tapering.

The risk of a big drop in the bond market has never been this high. And what happens if the bond market tanks? That’s it. The stock market is gonna crash…there’s a massive crash coming. And if the fed is gonna panic, they’re gonna try to stop it.”

[ZH: NOTE that since The Fed began "normalization" of the balance sheet, it has dropped a pitiful 0.22% in almost 4 months] 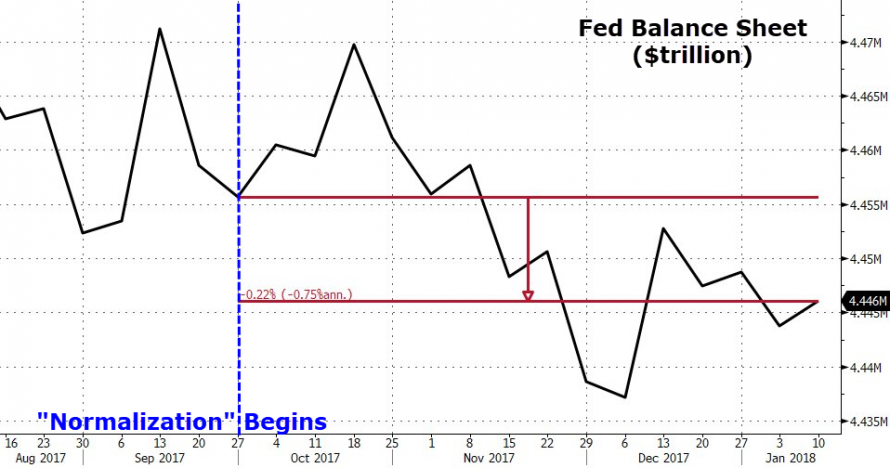 The feds will try to fix a stock market crash by not raising rates, which will lead to the imploding of the dollar.  Everything that can go wrong, will.

“I don’t know if this is going to unravel very quickly.  But it is close,” Shiff warns.